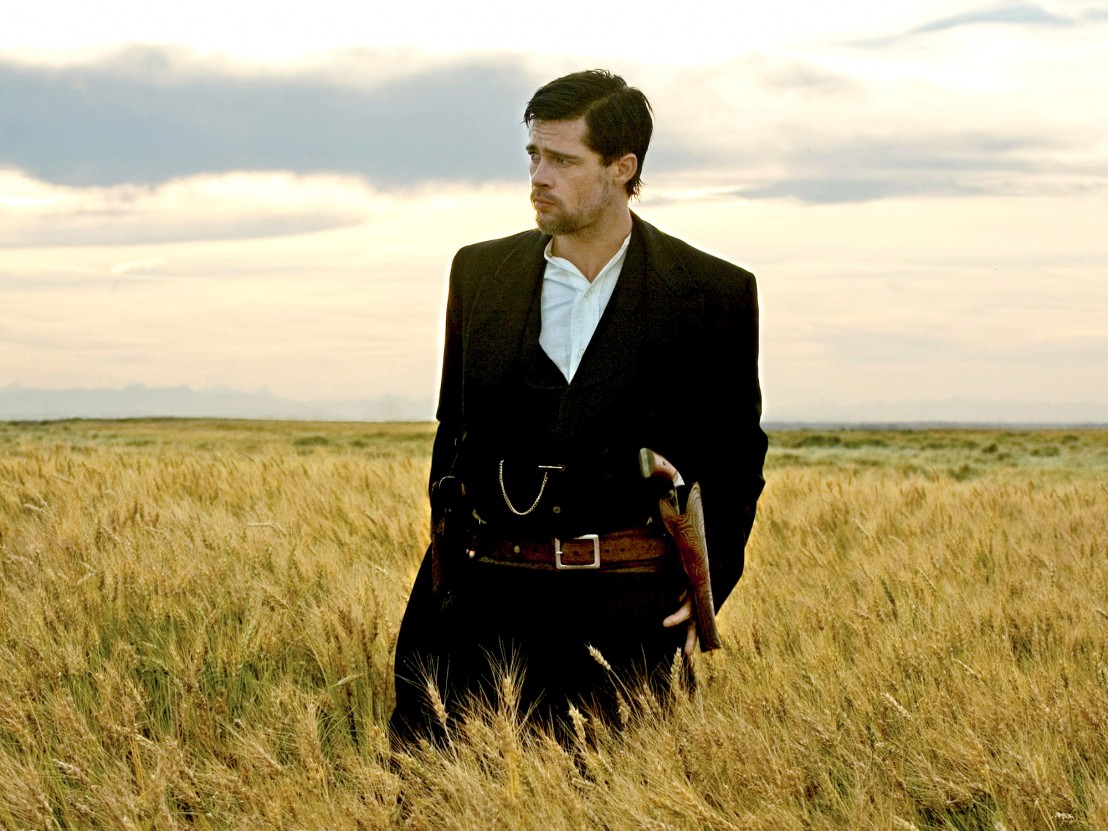 In the final act of Andrew Dominik’s retelling of the infamous American outlaw and the man who took his life, Jesse James (Brad Pitt) looks out over the lonely prairie beyond his front porch with his killer sitting by his side. “I often go on journey’s out of my body,” he confesses to Robert Ford (Casey Affleck), “and I wonder about that man that’s gone so wrong.” It’s intimate moments like these, where the pair confide in each other like long-lost lovers, seeking a companionship they know will never come, that make The Assassination of Jesse James by the Coward Robert Ford the great contemporary western that it is.

Jesse James is a figure of fevered storytelling, simultaneously real and a product of a young nation hell-bent on crafting a fiction for itself. The film’s narrator tells us early on how Jesse has a condition known as ‘granulated eyelids’ that “causes him to blink more than usual, as if he found creation more than he could accept.” Yet whenever we see Jesse staring pensively, perhaps contemplating a life of crime and violence, he remains unblinking. These subtle touches not only demonstrate Dominik’s nuanced handling of a man defined more by dime-store paperbacks than historical records, they also show the human complexity at work in the film.

Brad Pitt’s performance speaks of a timeless folk icon dispossessed of a sense of place, seeing his reflection in frozen rivers and the dirtied windows of held-up stagecoaches rather than a mirror in a family home. He is consumed by paranoia and self-awareness, and it ultimately this – not the pistol that he purchased as a gift for Ford – that proves to be his undoing. Yet arguably it’s Casey Affleck as the adoring, obsessive and pathetic Judas figure who earns The Assassination of Jesse James its status as a modern classic.

Ford was raised on tall tales of Jesse and his gang, collecting anything and everything he could find written about him in a shoebox under his bed. All of Ford is contained within that box, detailing every life and love he longs to possess – it is his entire universe in microcosm. Affleck’s portrayal of this complex and emotionally unstable character is devastatingly human, from the way he looks at Jesse with a slight smile and a faint longing in his eyes to the way he shakes and cries with grief moments before taking his place in history.

At the heart of Dominik’s film is a twisted story of love which highlights the two title characters’ apparent need to construct a twisted legacy for themselves. Ford desperately wants to be accepted by James but secretly yearns for something more (“Can’t figure it out: do you want to be like me or do you want to be me?”), while James cultivates his chance at martyrdom by Ford’s hands.

Beyond the acting this film’s supreme craftsmanship is equally as evocative and understated. Roger Deakins’ cinematography makes use of colour aberration around the edges of his frames, imitating vintage photographs from the era. His palette is sepia-tinged, aged like the lithographs that immortalised Jesse’s body, depicting a grim world where life is fleeting. Shots of empty rooms, vacant hallways, chairs sat idly by windows, all expose a life unsettled in the great cradle of civilisation that was the Old West. Deakins actively pays homage to silent era films with several key shots, notably in the scene in which James crests the horizon, framed by the window of a lonely shack – a clear nod to The Night of the Hunter. For he is always there, the sentinel watching the living and the dead. In Dominik’s near-biblical characterisation, James is the last enemy that shall be destroyed.

Coupled with Deakins’ sombre, melancholic evocation of this storied setting is Nick Cave and Warren Ellis’s score, a beautiful blend of elegiac strings and piano ballads that mourn the deaths of those onscreen long before their passing. ‘Song for Bob’, the orchestral hymn that plays during the film’s final moments, is the aural funeral for Robert Ford that we will never see. Dominik’s second feature is a telegram back to a time mired in what was and what might have been. In the moments before his own demise, Ford states of his deeds, “Do you know what I expected? Applause.” He died unceremoniously and full of regret, having lost the one person who ever gave him reason to live. There was to be no ovation for Ford, but Dominik’s masterful retelling of this tragic story deserves just that. 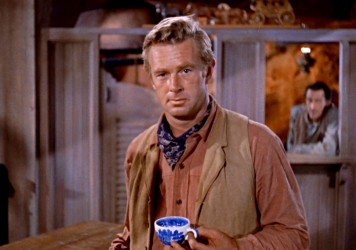