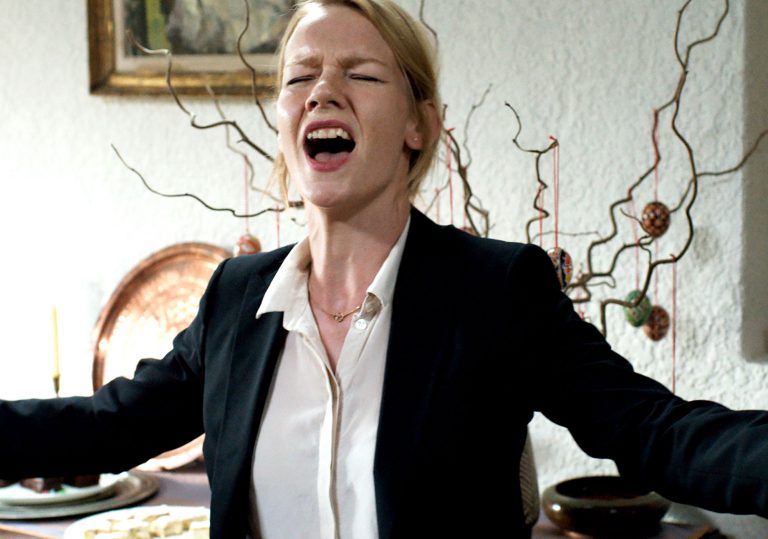 Director Maren Ade has made two excellent (if little-known) films.

As great as you’ve heard, and probably even greater.

An all-timer. Maren Ade – welcome to the table.

Though it might be hard to imagine, there exists such a thing as film critic grunt work. It’s the equivalent of clearing out the mess hall or hosing down the latrines. One of these menial but necessary tasks involves reiterating why the late Japanese director, Yasujiro Ozu, is one of the all-time grand masters of cinema. His 1951 film, Tokyo Story, often scrapes the heady peaks of the increasingly-regular ‘best movie ever’ polls. But there remains a contingent who don’t quite see the appeal of the director’s delicate, deliberate and minor-key domestic comedies.

Grabbing for the pithy but reductive response, Ozu is one of a very small handful of filmmakers who truly comprehends the fraught emotional bonds between parents and their children. More specifically, how these bonds begin to fray and desiccate with time. He is able to look at the dynamics of a relationship from both directions – from youth up to adulthood and vice versa. And he doesn’t just understand these bonds, he knows how to articulate them, to visualise them, to dramatise them, to make them appear like the truth.

His attempts to bridge a gap that has formed between them are futile. The possibility of future reconciliation appears dim. And so, like some unwieldy, maverick psychoanalyst, he decides to assist the apple of his eye in a search for lost time. He physically delves into her subconscious, craftily chipping away at layers of accrued memory. Toni Erdmann is the story of what it takes to remember, and what it takes to want to remember. It is the most epic and profound of all journeys.

The title of the film is heartbreaking in and of itself. Without giving too much away, you could also call this film Rosebud and it would have a similar, headily nostalgic effect. It’s the codeword to a secret life or a private joke. You can image it being the name of a daffy local character that Winfried would joke about when walking through the local park with a knee-high Ines. Or perhaps it was just a random alter-ego invented as a way for a father to cheer up his daughter whose shark-like determination meant she had no time or inclination to make friends.

Either way, the utterly devastating component to this film is that we know the events we are seeing have happened before in the past. There is a seemingly throw-away sequence involving a designer cheese grater that, in the context of the central relationship, is loaded with hidden messages and meanings. This film is an attempt to recreate a more innocent moment in time, when unalloyed happiness existed. Like when Charles Foster Kane dived about in the thick snow drifts with his trusty sled. 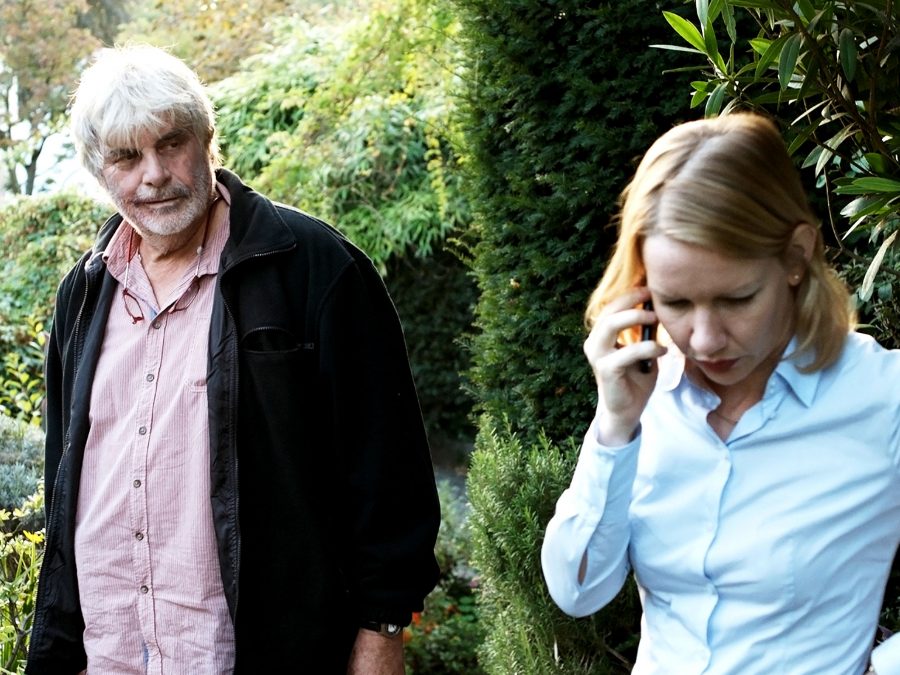 Ade’s excellent debut feature, The Forest for the Trees, arrived in 2003. Filmed on ugly, abrasive digital video and set in the comically uninspiring climes of Baden-Württemberg, Germany, this merciless character study bulldozes the dreams of a young, newly independent school teacher who is utterly unaware of her extreme social awkwardness. In many ways its heroine, Melanie Pröschle (played by Eva Löbau), could be seen as a forerunner to Toni Erdmann’s Ines – both are driven women willing to sever family ties in the name of professional success. Where Melanie spectacularly disintegrates at the point of flying the coop, Ines, with all her moxie and confidence, busts through and, for better and worse, lays the foundations of that coveted second life.

Some might see this film as the story of a bored, selfish father swaddling his daughter for idle pleasure. Or, maybe it’s a study of how a daughter is somehow “cured” of her tough-nosed ambition by being forcibly regressed to the innocence of childhood. Maybe you could say that the film is against women in the workplace, especially those who might back-burn their femininity for the purposes of ascending the corporate ladder. Yet it is all and none of these things.

Watching Toni Erdmann is like witnessing a deft balancing act, where every nuance is calculated and weighed with immaculate precision. Ade suppresses partisan politics, or anything that might be construed as the search of a more righteous cause. It’s not about Winfried, and it’s not about Ines – it’s about the untenable emotions that connect them as people.

It’s a film that feels like every frame has been minutely calibrated for effect. And at the same time, it’s sprawling and free and open to the idea that these types of relationship are sometimes incomprehensibly elaborate. Scenes spin out and spin off. Yet the cast remain acutely aware of Ade’s mission. Hüller, an actor who made waves way back in 2006 as the star of the harrowing possession drama, Requiem, delivers a performance that’s comparable in its hyper-focus and thrilling intensity to Gena Rowlands when she’s working with John Cassavetes.

The stunning Simonischek, too, channels a comedy that just comes from being as normal as possible. The technique is evident, but you can see that they are completely lost within their characters. This is pertinent, as the film is about people losing themselves within false identities, reaching a point where they forget who they once were.

“Toni Erdmann is a film in praise of the human factor. Director Maren Ade loves people, and she also loves love. She shows how difficult it is for people to shed their skin.”

The story sees Winfried springing a surprise visit on his unsuspecting daughter who works for a management consultancy in Bucharest, Romania. The steady, nervously relaxed set-up offers a painfully accurate take on the awkward, dutiful family visit. Winfried just wants to bask in the glow of his successful daughter. She, on the other hand, has to succumb to ritual humiliation in the name of robust business practice. She has no time to indulge her prank-happy papa as he festoons her with gifts and attempts to instigate life-affirming conversations. Then, just when she thinks she’s in the clear and able once more to focus on the job at hand, a Dickensian ghost from the past returns to haunt her.

Toni Erdmann is a film in praise of the human factor. Ade loves people, and she also loves love. She shows how difficult it is to shed your skin, to stop performing and return to a natural state of being. Business presentations are preceded with detailed strategic pow-wows that attempt to second-guess the psychology of others in the room. Ines has to make snap decisions when it comes to how she’ll act in the company of her father, what she’ll reveal, how she’ll manipulate him, if she needs to. Little does she know, he’s doing exactly the same to her.

Ines becomes an emotional extension of her job – distant and numb to the realities of her actions. Ade doesn’t present the company Ines works for as a fortress of corporate evil, but she does suggest that this type of work can have a damaging effect on those involved in carrying out practices that ruin lives. It is a banal sort of evil that seeps, unnoticed, through the dank air and into your bloodstream. 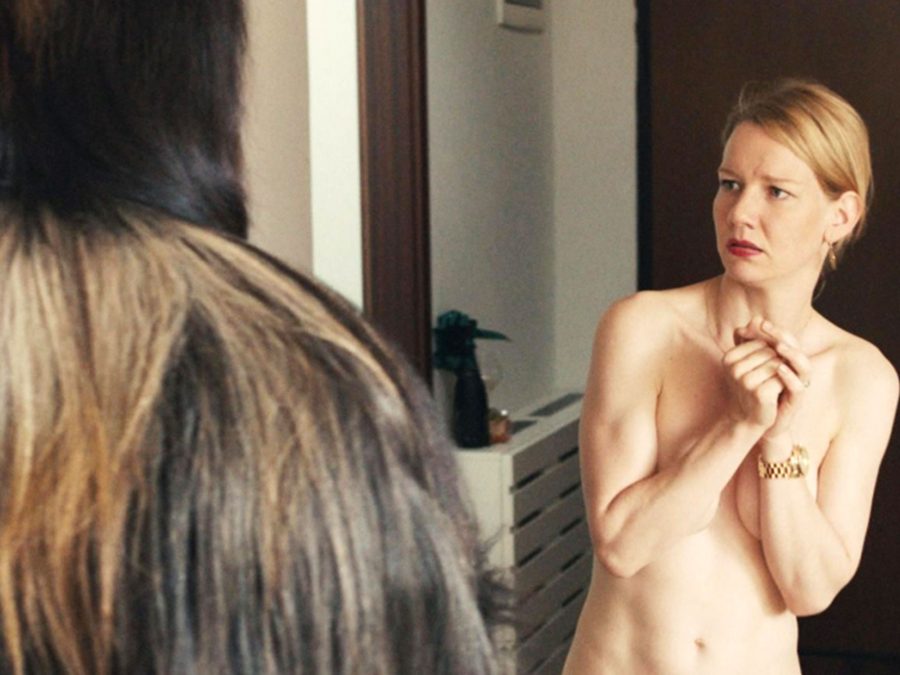 What’s also miraculous about this film is that it takes Hollywood over its knee and gives it a sound but instructive whupping. Guys, the whole hauling in fourth-rate stand-up comics who are more than willing to abase themselves for low coin, placing them in front of the camera and just letting the improv magic happen is not working. It’s lazy and an affront to a paying audience. Ade builds jokes, she doesn’t just throw a bunch of random shit against a shiny surface in the hope that something sticks.

And yet, there’s a distinct fondness for and overlap with mainstream Hollywood comedy. Ade toys with the idea of dramatic signposting, dropping in a suggestion which causes the synapses to guess what will happen later on. She undercuts those predictions in a variety of surprising ways, but also makes us remember how invested we are in these people.

Looping back to the beginning, let’s talk about Ozu’s Tokyo Story once more. It is a melancholy film in which two parents grudgingly accept that they are no longer integral to the busy lives of their children, and so drift into nothingness. Here, Winfried is made to consider his own mortality when his mutt, Willy, shuffles into the bushes and keels over. The difference is, he rallies against the abyss. Maybe Toni Erdmann is an absurd modern rejoinder to Ozu, expressing the lengths needed to rebuild a parent-child connection that has diminished over the years. It’s incredibly sad to think back to the person you once were. And you can do it, but only if you’re willing to smile in the process.

Director Maren Ade has made two excellent (if little-known) films.

As great as you’ve heard, and probably even greater.

An all-timer. Maren Ade – welcome to the table.