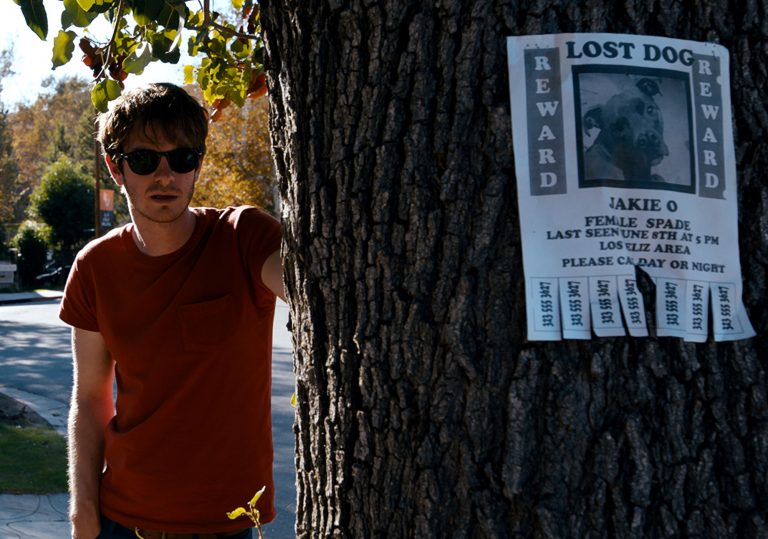 This always looked like it was going to be seriously fun. Garfield is the cherry on top.

Bravo to David Robert Mitchell for having the guts to make this mad mongrel of a movie.

Whatever your thoughts on this film – and thoughts so far have ranged from the adoring to the eternally perplexed via the stoically outraged – you have to admit that it feels good to live in a world where an artwork of such couldn’tgiveafuckery could be funded, produced, premiered at a film festival and then released into the world, like an over-talkative parakeet.

It’s like when an architect has sensibly plowed their furrow as a builder of office blocks and schools, and then as a reward for their toil, finally gets to produce a folly that is a pure expression of a personal vision and which sits outside the bounds of conventional application.

Under the Silver Lake is the third feature by David Robert Mitchell, following the utterly delightful teen relationship rondelay, The Myth of the American Sleepover, and the existential horror-chiller, It Follows. The industrious writer/director lays down a set-up that is plucked from the heart of the stacked shelves of genre fiction: let’s look for the missing damsel.

Despite a clinch which just about counts as romantic, Sam barely knows Sarah, and yet feels enough responsibility to risk life and limb to track her down. Maybe it’s love? Or maybe it’s about finding an excuse for adventure and running with it? Maybe it just represents the downsides of old fashioned chivalry? 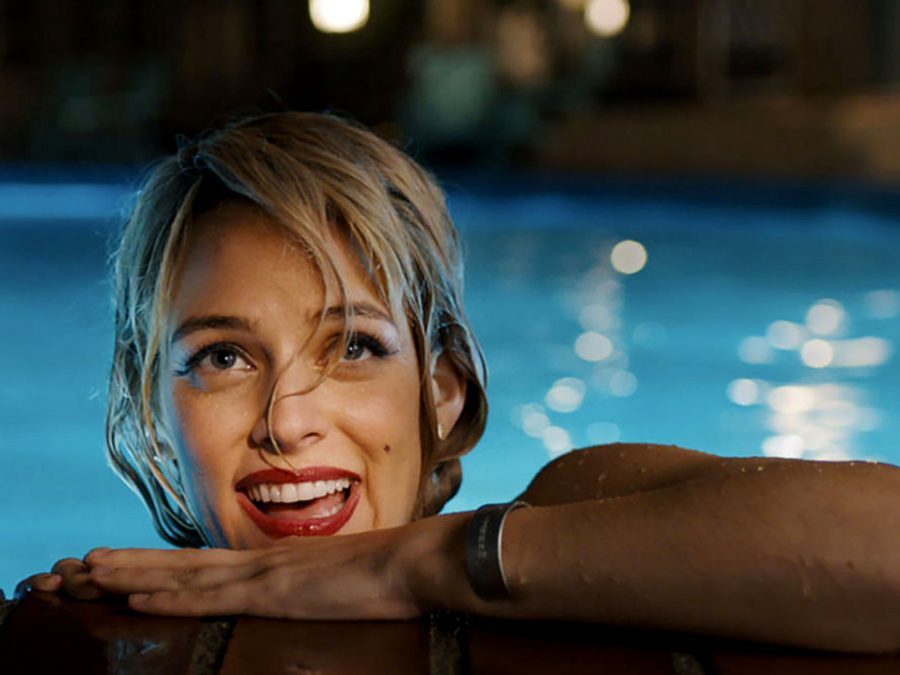 What ensues is a garish LA picaresque in which Mitchell appears to be stacking up both pros and cons for the city he currently calls home. There is a dog killer on the loose who adds a frisson of menace to any night sequences. Zines are being distributed about arcane local lore and nighttime prowlers. And there’s a guy dressed as a pirate who crops up all over the place.

The story begins as a compelling and eccentric detective yarn, as Sam just follows suspects around and picks up on obscure leads. Garfield plays the lead as a gangly doofus with an obsessive streak. Early on he is sprayed by a skunk and his foul odour makes him seem like less of a threat among potentially dangerous company. The film reaches a point where it breaks from its tether and and starts to oat freely.

There’s an earnest affinity for the genre films of classical Hollywood, with most rooms plastered in antique movie posters, and Sam’s mother constantly ringing her son to discuss the silent era star (and weekend painter) Janet Gaynor. Female nudity is liberal throughout, though used as a cheeky throwback to ideas of liberal utopianism which are dealt with more forcefully in the film’s audacious (though possibly exasperating) final reel.

With each cynical little jab, Mitchell counterbalances with a moment of sweet nostalgia or personal recollection – of the tumult of cultural references, most certainly hark back to the director’s formative years. If crackpot ideas and cracked idealism are your bag, then you should most definitely take a dive into the Silver Lake.

This always looked like it was going to be seriously fun. Garfield is the cherry on top.

Bravo to David Robert Mitchell for having the guts to make this mad mongrel of a movie. 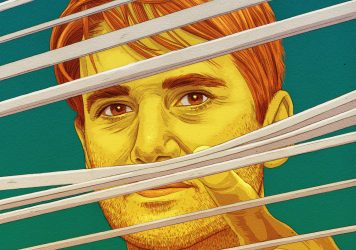 David Robert Mitchell: ‘There’s an element of madness within this movie’

The director of Under the Silver Lake talks LA history, ’80s RPGs and filming down toilet bowls.