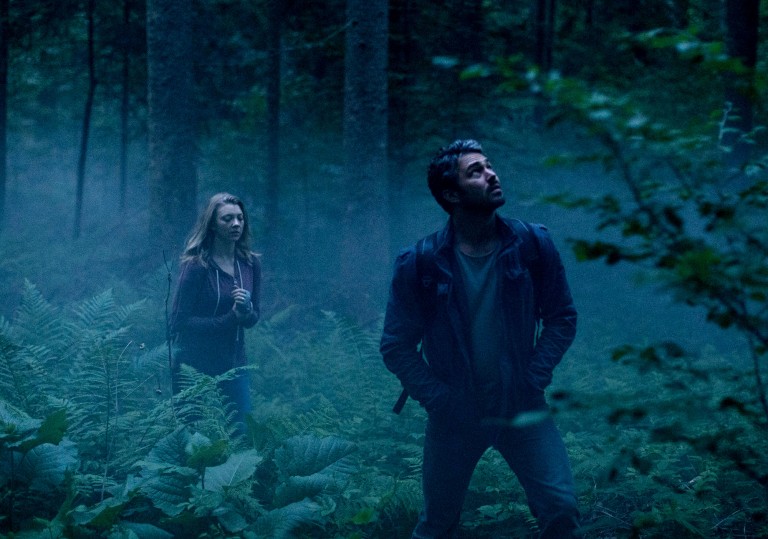 A first star vehicle for Game of Thrones’ Natalie Dormer.

There is a vast forest in Japan where people go to kill themselves. This we learn at the beginning of director Jason Zada’s debut feature, when Natalie Dormer’s Sara receives a phone call informing her that her identical twin sister has gone missing in the place known locally as “Aokigahara”.

Ignoring both the advice of well-intentioned experts and the evidence staring her in the face (“We’re identical twins; if she were dead, I would know,”) Sara sets off in search of Jess accompanied by a hunky Australian journo she meets in a bar en route – because what a woman really needs when she’s at her most vulnerable is a random stranger to protect her. Aiden (Taylor Kinney) presents himself as the perfect gentleman, but it’s pretty clear he’s following something other than his nose for a good story.

Movies may have taught us to think twice before wandering off into the woods, but dark, leafy settings are only as chilling as the sinister forces that inhabit them (see The Evil Dead, The Blair Witch Project, The Last House on the Left, I Spit on Your Grave, Eden Lake). The main reason why The Forest is so ineffective as a psychological horror, then, is that its vague supernatural threat is neither affecting nor unsettling.

The stilted dialogue and unnecessary flashbacks establishing Jess and Sara’s twintuition don’t help (though in fairness Dormer does have reasonably good chemistry with herself), but by far the film’s biggest problem is its over-reliance on familiar genre tropes – a succession of cheap jump scares releases the dramatic tension instead of adding to it.

It also falls rather ungracefully into the same trap as Gus Van Sant’s diabolical Matthew McConaughey drama The Sea of Trees by positing that all Japanese people are creepy and/or mysterious. It’s a tired stereotype that’s crudely perpetuated as a means of exploiting the presumed xenophobia of its target audience.

A first star vehicle for Game of Thrones’ Natalie Dormer.