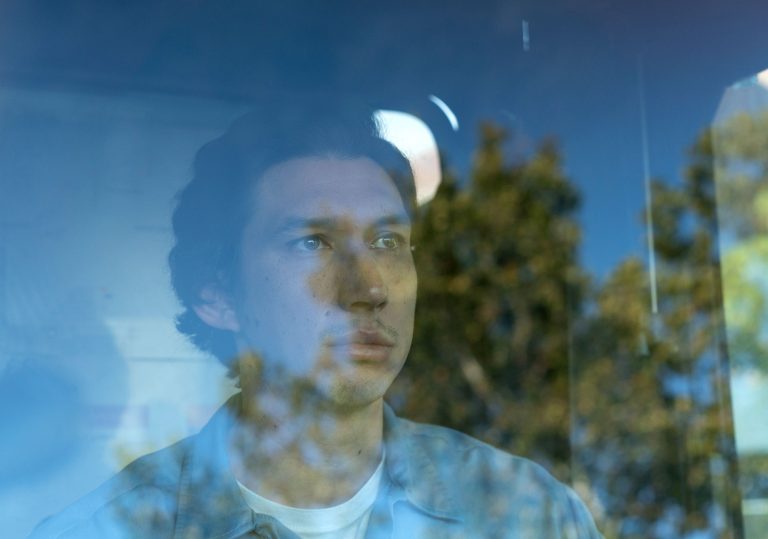 A perfectly paced and spacious vehicle that finds sublime meaning amid routine.

“They’re just words,” explains Paterson (Adam Driver)referring to his secret book of poetry. The statement rings true and it rings false. Words are the waves that Paterson surfs with his mind as his body drives a bus through the New Jersey suburbs. Words fill books by his favourite poet, William Carlos Williams. Words are how he navigates the ever-changing creative enthusiasms of his girlfriend, Laura (an effervescent Golshifteh Farahani). Still, words are the last thing to fall into place. What comes first in this character, and in Jim Jarmusch’s immaculate film, is a desire to move with care through the world.

Jarmusch uses the rhythm of routine as the beat for a story that begins on a Monday and ends on a Sunday. His camera frames sleeping, spooning bodies from a bird’s-eye view. Then Paterson awakes, checks his watch, takes neatly folded clothes from a chair, eats Cheerios and goes about the business of normality for seven days in a row. As in Chantal Akerman’s benchmark of domestic-life-in-miniature, Jeanne Dielman, 23, Quai du Commerce, 1080 Bruxelles, from 1975, we are immersed in a world that has a regular pulse.Any flickers of change become evident and engrossing.

Dynamics are set by the relationship between Paterson and Laura. They are both creative, but while he steadily fills one notebook, saying little outside of it, she provides a running commentary on her newest projects, which change daily. Production designer Mark Freidberg, set decorator Lydia Marks and costume designer Catherine George have fashioned a setting in their shared home that is an extension of both characters, representing his neatness, her mania for monochrome, and one bonus element: a scene-stealing English bulldog named Marvin (played by the now deceased canine performer, Nellie). 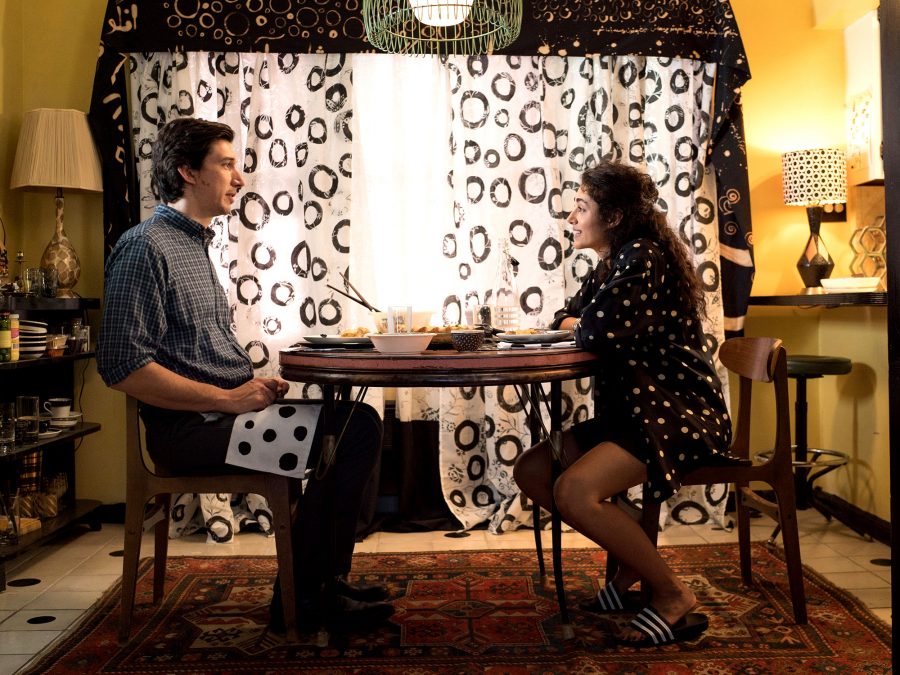 Paterson’s orbit is populated by people that are inherently good, even if passions throw them off balance. Those familiar with Jarmusch’s back catalogue will recognise his distinctive dialogue: articulate, pained in a worldly way, alive to life’s ironies, ridiculous, kind-of-cool and kind-of-not. Paterson likes the company he keeps, but tends to listen rather than talk. He is in almost every moment of the film, and so we process him processing events. We hear what he hears and see who he sees. Driving the bus, he eavesdrops on passengers. Arriving home, he listens to Laura. Taking Marvin for an evening walk, he stops for one beer at the local bar run by Doc (Barry Shabaka Henley). In this latter part of the day’s ritual, he may say a few extra words, but only in the name of keeping the bonhomie rolling. He is an attentive character, ideally qualified to be a poet.

Everything is structured to evoke poetry through its measured pacing. The space left between events and interactions shows Jarmusch at his most poised. Silences are never protracted; their conclusions never abrupt. People bombard Paterson with their issues and then pass on by. There is downtime in his day at which point the notebook comes out and the delicate atmosphere is made manifest through words. Poems (really written by Ron Padgett) are narrated in Adam Driver’s voice and appear on screen in his handwriting. They are the visible pay off to the suggestiveness of his silence and an adorable expression of his rich soul.

The most obvious fabrication in a film designed to say something natural and true is the recurring presence of twins. Literal twins have cameos, and segue to a deeper belief that you can always find a meaningful reflection in your surroundings if you are willing to be calm and still. Driver embodies calmness and stillness. This performance cements his status as an actor whose physical command matches his ability to telegraph inner life. It’s a cliché to say that the greatest actors make the smallest actions magnetic, but it’s true of Driver who makes the non-demonstrative act of listening feel like it means the world.

Love is a motif because of Paterson and Laura’s relationship. It’s not the usual movie love. There’s no sex, plenty of distance, and still it is love. They both graft at maintaining their relationship in ways so contrasting that it’s almost conflict. Harmony is not to be taken for granted in Paterson. Every conversation in the film hums with a meaning so refined that it’s only just palpable. Seemingly casual exchanges are rooted in a desire to show individuals connecting. For these characters, effort is constant, banality inevitable. And so, in the moments that erupt out of nowhere, when there is a chance to really speak to a person in need and in reach, a small gesture is the stuff of poetry

A perfectly paced and spacious vehicle that finds sublime meaning amid routine.