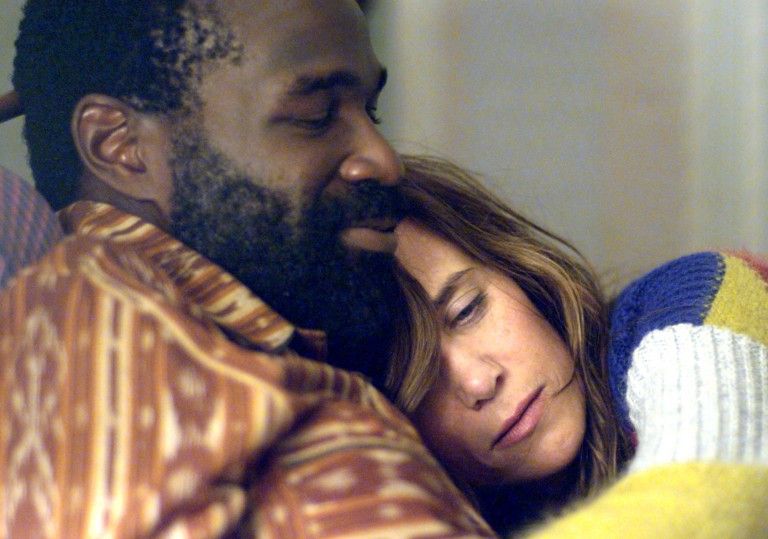 Obsessed with the title.

Wears its brilliant social observations lightly and enjoyably and then with shocking audacity.

This baby should be discussed and dissected in groups of great minds.

Not having answers is a new way of living for me,” said Sebastián Silva, Nasty Baby’s writer, director and lead actor during a screening introduction at the 2015 Berlin Film Festival. These words chime perfectly with a film that weaves the social tapestry of likeable, progressive people in a way that feels complex but celebratory, until the rug is pulled from under everything, turning the film from a breezy queer drama into a casual modern masterpiece.

The setting is bohemian New York and the camera rushes after energetic characters as they pursue goals of making art and creating life. Freddy (Sebastián Silva), Mo (Tunde Adebimpe) and Polly (Kristen Wiig) are trying for a baby. Freddy is an artist. As penance for self-diagnosed narcissism at ignoring the babies that need adopting in order to make one of his own, he wants to humiliate himself by impersonating a baby in a gallery installation called ‘Nasty Baby’. A curator is interested but may just want to see Freddy naked and vulnerable. The roaming camera is adept at catching the suggestion of competing psychological interests before words are chosen and positions committed to.

Polly (played with verve by Kristin Wiig) has bad news. Freddy’s sperm count is too low to impregnate her. They ask his boyfriend Mo to step up to the jizz jar. Mo is played by the affable Tunde Adebimpe (of TV on the Radio fame). He is the calm relationship centre, for Freddy is prone to anger and comes close to lashing out at The Bishop (Reg E Cathey), a mentally ill, temperamentally volatile man who roams their street. Mo speaks in the comically resigned tones of someone forced by a partner to learn the language of emotional bargaining. “Use this as an opportunity to calm down,” he says as Freddy rages at an unexpected wake-up call from The Bishop.

There is something sitcom-like in the way that Silva establishes deep familiarity, not just with his leads but with the wider ensemble. The Bishop is a recurrent character – parking cars, selling tat and occasionally lobbing homophobic abuse. He is kept in check by grandfatherly queer, Richard (Mark Margolis). Silva has also cast his brother (Agustín Silva), Maeby from Arrested Development (Alia Shawkat) and his actual cat – the latter being a playful scene-stealer. An inclusive family atmosphere burgeons, and with it the sense that we know the parameters of this world. Nasty Baby seems like a slightly cooler-than-normal mumblecore flick with smart characters wrestling with personal aspirations and cerebral struggles.

Then the rug is whipped away. I beseech you to avoid finding out what this practically entails. Avoid the treacherous IMDb synopsis. Experiencing the film organically morphing from a lo-fi concept to a world-encompassing treatise is astonishing. It’s like the aspect-ratio shift in Xavier Dolan’s Mommy but on a genre and philosophical level. In the momentum and moral confusion created by this bold expansion, Silva wrestles to the ground massive issues while transmitting a desire for open conversation as we make our way forward into the unknown.

Obsessed with the title.

Wears its brilliant social observations lightly and enjoyably and then with shocking audacity.

This baby should be discussed and dissected in groups of great minds. 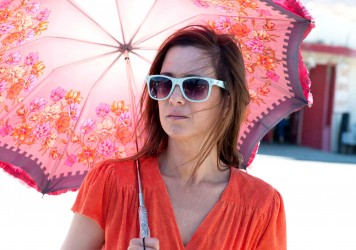