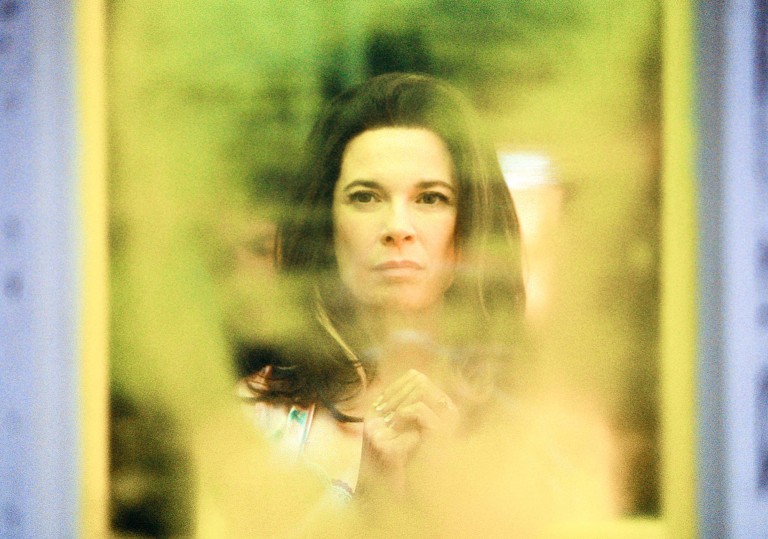 Every new Xavier Dolan film is another opportunity to resent him for being so young.

This is easily Dolan’s best film, and it’s exciting to think how many times we might have to revise that statement over the years to come.

Director Xavier Dolan’s Mommy is not a dystopian film, but the one small tweak it makes to the present looms large, swinging in and out of focus like the Sword of Damocles hung with too much slack. The film begins with a series of title cards that introduce viewers to an alternate Canada in which a controversial new law has empowered parents to permanently forfeit custody of minors, institutionalising problem children who’ve become too difficult to raise.

However cowardly and inhumane such a law might seem, Steve (Antoine-Olivier Pilon) is the feral kind of youth who makes it sound like a good idea. Performed with the unchecked abandon previously reserved for Lars von Trier heroines, Steve is a mother’s worst nightmare – not because he’s such a terror, but because his destructive mania (insufficiently written off as ADHD) so obviously forms a protective shell around a tender heart, racing with wayward love. For a parent of someone like that, it’s the hope that hurts the most.

The legislation introduced at the top of Dolan’s unforgettable new film – as bluntly stated as it is quickly tucked away – may seem like a lazy and underdeveloped screenwriting crutch, but that small bit of world-building lurks in every shadow of this 139-minute gauntlet, challenging Steve’s mother to give up. The suspense that the title cards instil for the audience, who know that Die (Dolan mainstay Anne Dorval) will eventually surrender her son, is no match for that which burdens the woman herself, who is forced to consider that she could.

Die, of course, is no angel – her name is short for Diane, but she insists on keeping the “e” in there, lest anyone dare think this working class single mother is easily pitied or preyed upon. Brash and unfiltered, Die is the kind of woman who opens her mouth even wider when you catch her chewing gum, and though it would be an understatement to say that her relationship with Steve is messy and prone to wild fluctuations, one thing is immediately clear from the moment she retrieves her son from a juvenile detention centre at the start of the film: Steve wasn’t adopted.

They share a rather large house on an unremarkable block in suburban Quebec, their shrill personalities ballooning to fill the empty space left by the death of Steve’s father three years prior. As Steve careens from one tantrum to the next, desperately trying to be all of the men who Die might be missing from her life, their home hardens into a live grenade, and the only person capable of holding down the pin is Steve and Die’s shy, stuttering new neighbour, Kyla (Suzanne Clément, another Dolan regular). The three of them are able to alchemise some kind of tenuous stability, but it can’t last.

Answering for his much-discussed decision to shoot the film in a 1:1 aspect ratio (a perfect square resembling an Instagram photo), Dolan has said that the claustrophobic frame was intended to keep his ornamentalism in check – some have accused his past work of being flamboyant to a fault, and a criticism Mommy resists by restoring a Dreyer-like attention to the faces of his actors. But for an aesthete like Dolan, every stylistic obstruction registers its negative dimension, and what’s omitted from the picture lands with the same impact as that which remains.

The aspect ratio isn’t ascetic, it’s just a different shade of flamboyance, and Dolan does such magically simple things with it. Mommy is so affecting in part because Dolan’s style has finally struck up a perfectly fluent dialogue with his characters, the saturated richness of his melodrama blossoming into a rare emotional purity – his characters have always been candid, but here they feel genuinely raw.

This sublime harmony between substance in style is underscored by the film’s soundtrack, which is stunted sometime around the late ’90s. Preemptively taking a page from Guardians of the Galaxy, Steve is hung up on a mix CD that his father had made before his death, and so the soundtrack is dominated throwbacks like Oasis, Counting Crows, and even Eiffel 65. The “gimmick”, like any part of a Dolan film that’s often described as such, returns our attention to the root power of his world: kitsch without irony is love. And love is something that Dolan gets so right that it shines through everything else.

Cultural anachronisms are inherently funny, and it’s natural to laugh with recognition at the first chords of Dido’s ‘White Flag.’ But Dolan pushes through that, forcing viewers to hear the music from both sides, simultaneously appreciating it for both its humour and its honesty. And it’s the same way with his characters. “A mother doesn’t just wake up one day not loving her son,” Die tells Steve towards the end of the film, the promise of her words made all the more devastating by the confluence between how true they are, and how dislocated they feel from the time when they might have made a difference.

It goes without saying that Dolan is the only person who could make this film, but much of its lightning-in-a-bottle results from how he made it perfect time, the cinema’s most talented wunderkind since Orson Welles straddling the divide between precocious adolescent and fully grown up auteur. Broadly speaking, it may be true that Steve is a manifestation of Dolan’s wild excitability, Die his nascent responsibility and Kyla the superego trying to hold everything together, but what matters is that Dolan is able to empathise with them all.

He inspires his actors to rampage through the movie with intimate brilliance, and he shapes their material with the wisdom of someone who’s acutely aware of his ongoing maturation, and the mutability it entails. Yes, Dolan is perversely accomplished for someone so young, but with Mommy, it feels like he’s just the right age.

Every new Xavier Dolan film is another opportunity to resent him for being so young.

This is easily Dolan’s best film, and it’s exciting to think how many times we might have to revise that statement over the years to come.