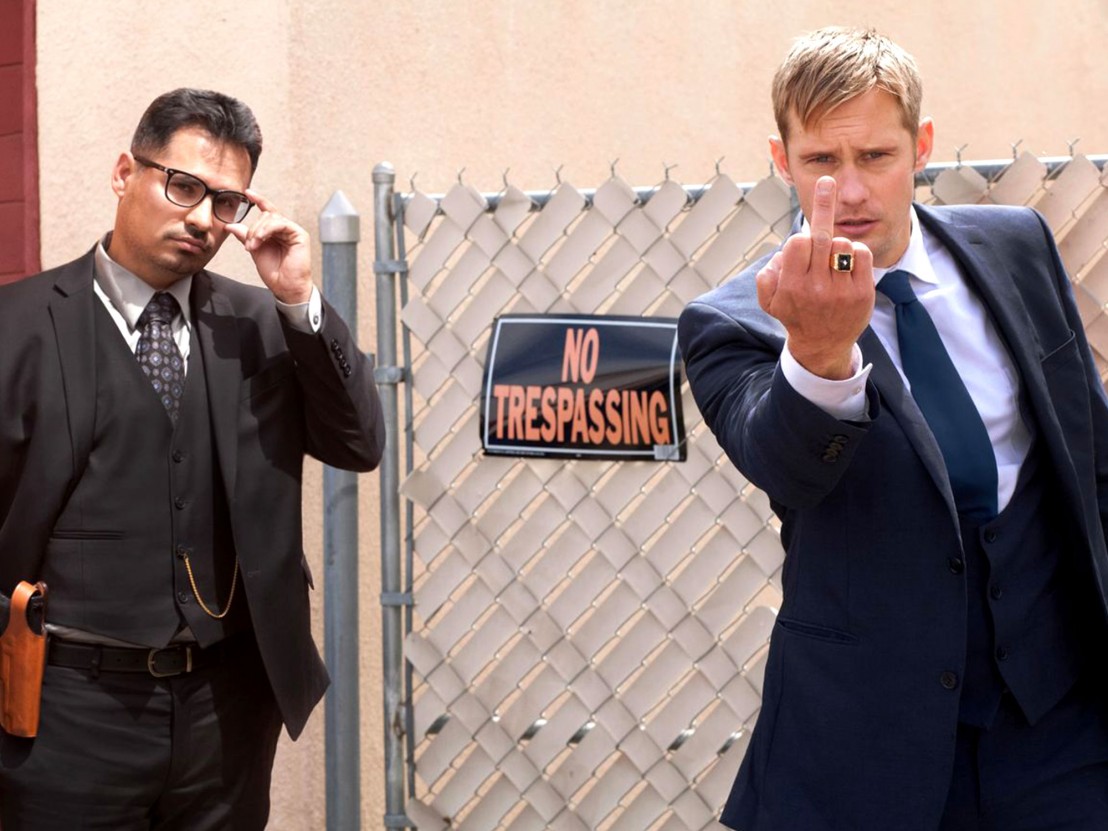 The unlikely pairing of Alexander Skarsgård and Michael Peña proves irresistible in this ramshackle crime caper from Irish writer/director John Michael McDonagh. They play Bob Bolaño and Terry Monroe, a couple of loose-cannon detectives with an unorthodox approach to cleaning up the streets of Albuquerque – namely strewing them with broken beer bottles and bullets. “Let’s go fuck some scumbags,” is how Skarsgård’s Glen Campbell-loving cowboy copper reacts when handed their latest (and potentially last) assignment – prevent an impending race track robbery involving a couple of small-time crooks and some unsavoury businessmen.

With its sunny New Mexico setting and pseudo-philosophical banter between two corrupt protagonists (surely the best send-up of True Detective’s Rust Cohle and Marty Hart yet), War on Everyone ostensibly has more in common with Martin McDonagh’s Seven Psychopaths than John Michael’s two previous films, Calvary and The Guard. As a comedy it’s certainly less effective, never fully convincing as either a pastiche of ’70s buddy cop movies or a pitch-black procedural. As a piece of cinematic commentary, however, this is by far the more cohesive work – “these things live or die by the script” observes a local Irish reprobate/police informant while watching a subpar porno that’s all action and no plot.

As fun as it is watching Bob and Terry indulge in blackmail, frequent strip clubs and resort to using excessive force wherever necessary, especially when it isn’t remotely called for, their methods lend the film a slight melancholy note. These guys aren’t just dyed-in-the-wool mavericks, cruising around in a gleaming turquoise Oldsmobile Cutlass in their pristine three-piece suits, sinking suds and scoping out their next suspect, but relics from a bygone era of US law enforcement where the rulebook was more or less open to interpretation.

Despite being reprimanded by their commanding officer whenever they step too far out of line, there are no real consequences for their actions; if anything their brazen disregard of basic protocol feels like a cry for help. Like a drunker, saltier Starsky and Hutch they are, in essence, hopelessly obsolete.

Though it does occasionally feel as if the supporting cast are reading from different scripts, War on Everyone also boasts an enjoyably hammy turn from Theo James as a British baddie with an insatiable bloodlust, while the ever-reliable Tessa Thompson helps redress the hormone imbalance as Terry’s latest squeeze. That said, it’s a shame to see Miss Bala’s Stephanie Sigman given so little to work with, and we really could have done without Caleb Landry Jones rocking up doing usual loose-limbed, mannered flamboyance routine.

Not an entirely clean kill, then, but at least the zany narrative – a quick stopover in Iceland appears to take Bob and Terry as much by surprise as it does the audience – throws us off the scent just long enough to keep us invested in the pair’s wacky shenanigans. 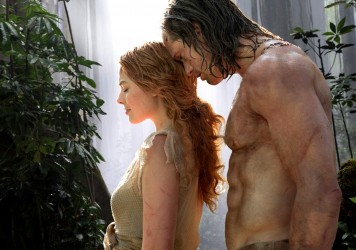 The beefed-up Swedish actor and Margot Robbie go wild in the jungle in this colonial adventure.