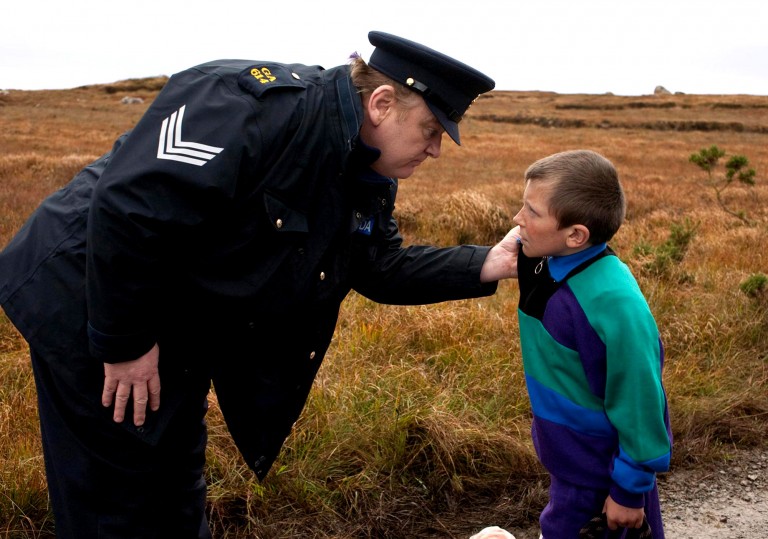 The craic is grand.

The funniest action comedy for a long time.

It’s not often a character will swagger onto the silver screen with such an air of cool, such self-assured aplomb, such a winning beer belly, that only one word will suffice to describe him. That word is ‘dude’, and the dude in question is Sergeant Gerry Boyle; played by Brendan Gleeson in John Michael McDonagh’s The Guard. While no one could live up to Jeff Bridges’ blueprint of The Dude himself, Sergeant Boyle is certainly the kind of guy you could imagine sharing a White Russian or a dirty joke with.

This particular Irish policeman’s drink of choice, however, is Guinness – and plenty of it. Along with a penchant for hiring prostitutes and dropping tabs of acid confiscated on patrol, Boyle’s methods are far from orthodox. So when he’s teamed up with straight-edge FBI agent Wendell Everett (Don Cheadle) to investigate an illegal cocaine-smuggling ring operating around the Emerald Isle, the result is Lethal Weapon gone Gaelic. Whether it means watching him inappropriately grope a corpse for clues, or drink a whole milkshake in one go to assert his authority, Everett must patiently accustom himself to Boyle and the Irish way.

In a hilarious clash of cultures and conduct, the loudest laughs will emanate from the absurd way both cops and robbers traipse around Ireland attempting to mimic the Americanisms they have adopted from television shows and pop culture. A pastiche of both American and agrarian values, The Guard is a high-octane world of drug-smuggling, dollar bills and explosions, frequently interrupted by shaggy dogs, small-town racism and dodgy dealings with the IRA.

The film even ends with a Mexican standoff that unabashedly pokes fun at audience preconceptions of crime dramas while cleverly upholding the thrill of the kill that the genre so demands. With the exception, perhaps, of Nicolas Cage’s mercenary cop in last year’s Bad Lieutenant, the unlikely (yet strangely likeable) antihero has been a much missed archetype in recent years. Though his shape may be rotund and his comments often cringe-worthy, Gleeson’s Boyle offers a defiant and triumphant return.

The craic is grand.

The funniest action comedy for a long time.