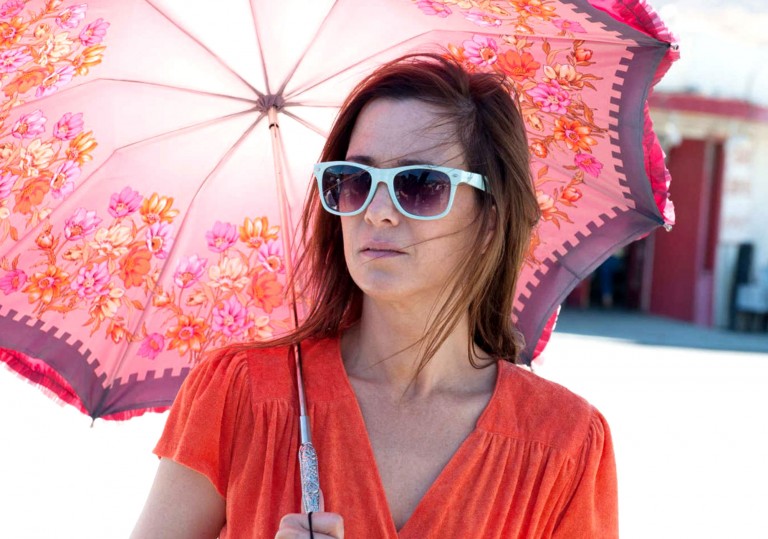 Never judge a book by its cover. Sometimes it gets so embarrassing you can’t look away.

Donald Trump’s The Apprentice (and/or election campaign) might be the tip of the iceberg when it comes to becoming aware of the vastness of America’s ‘Me, myself and I’ culture. Alice (Kristen Wiig) wins $86 million on the lottery and decides to start her own talk show.

Welcome to Welcome to Me. There are two reasons to take note of a movie that tackles egocentrism: first, it’s always exhilarating to watch someone else ridiculing – artistically or otherwise – an attitude you despise but you can’t help reproducing; second, Alice is much easier on the eye (and about a billion times less scary) than Trump.

You could miss the comic potential of the movie by skimming the synopsis: Alice is suffering from a borderline personality disorder. She organises things by colour, loves Oprah Winfrey and becomes madly impulsive when spending her winnings. Who better than Saturday Night Live’s comic-in-chief to embody such a nutty character? The rest of the cast is equally well-chosen: the actors’ physical characteristics nicely represent their inner character. But even the most human roles – the manhandled psychotherapist and the abandoned best friend – aren’t immune to grotesque clichés.

Once the opening embarrassment passes, you get the feeling that things will only get worse. Laughter becomes a better alternative than thinking these scenes (could) happen. Director Shira Piven paints a rather negative picture of Americans’ penchant for outrageousness, but never goes so far as to question it. In the moment, it works just fine, even if it feels like a never-ending outlet for human stupidity that lacks a dramatically compelling endgame.

Feeling embarrassed for Alice is natural – everything you don’t want her to do, she does. It’s like watching your favourite sport team losing a game over and over and over. But after 90 mins of humiliation, it becomes rather tiring. And despite a few hilarious performances, it’s all about as subtle as, well, $86 million.

Never judge a book by its cover. Sometimes it gets so embarrassing you can’t look away.