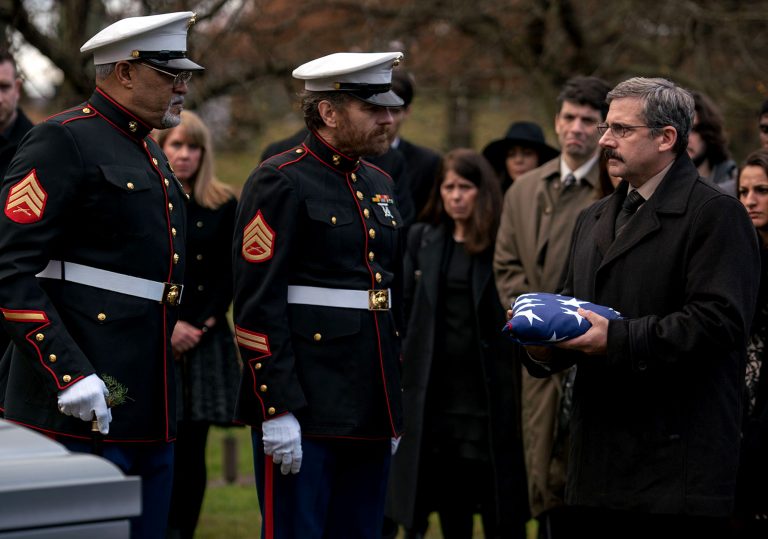 If anyone can pull off a belated sequel to a New Hollywood classic, it’s surely Linklater.

From Chinatown to The French Connection, Saturday Night Fever to The Last Picture Show, many of the era-defining American films of the 1970s spawned unusual, low-key sequels, each concerned with the notions of legacy and transience. Where the great New Hollywood masterpieces were nihilistic, their sequels, like Jack Nicholson’s The Two Jakes or Sylvester Stallone’s Staying Alive are fatalistic. They are gentler, more melancholic films, preoccupied with a sense of longing for the past.

Richard Linklater’s Last Flag Flying, a “spiritual sequel” to Hal Ashby’s 1971 classic The Last Detail (the names and a few facts have changed), recalls the greatest of these sequels: Peter Bogdanovich’s Texasville. Both are works of generous, compassionate Americana which revisit the characters of the originals at middle age, and each is concerned with the passage of time, with missed connections and paths not taken.

Last Flag Flying is set in 2003 and sees former Navy man “Doc” Shepherd (Steve Carell) reunite with ex-Marines Sal Nealon (Bryan Cranston) and Richard Mueller (Laurence Fishburne), 30 years after they served together in Vietnam – to help transport the body of Shepherd’s son, recently killed in Iraq, to be buried at home in New Hampshire. In the classic Linklater tradition, it’s a profound reflection on American values played as a hilarious and profane hangout film.

It’s an American road movie where the sense of America is not in the places they visit, but in the tenor of the conversations between the central trio; the way they bicker, joke and reminisce about everything from their time in the forces to the merits of Eminem – think Slacker among the Marines.

The sharp edges and bleak loquaciousness of The Last Detail have been modulated by age – these men were once fighting the future, now they’re negotiating with their past. It’s a call and response to The Last Detail, treating the events of Ashby’s film like a half-formed memory, a piece of history plucked from the recesses of the national consciousness. It’s a film about a changing country, about what’s been gained and lost in the gulf between Vietnam and Iraq, between New Hollywood and the contemporary American cinema.

Time is the unifying theme of Linklater’s work, and his sequels and remakes feature some of his most perceptive takes on the topic, from ageing in the face of love’s ever-fixed mark in the Before films to the precarious boundary of adulthood in Everybody Wants Some!!.

It feels disorientating, even uncanny, to see the recent past treated as a bygone era, but it provides a different angle from which to consider a war that dominated the public discourse in the first decade of the 21st century. In this sense, it is closer in essence to the great home front movies of the 1940s than to contemporary Iraq movies like Kathryn Bigelow’s The Hurt Locker – a step removed from the fighting, but right at the heart of a more spiritual conflict. Last Flag Flying may feel like a film out of time in the present moment, but it’s a terrifically funny, deeply moving picture whose time will surely come.

If anyone can pull off a belated sequel to a New Hollywood classic, it’s surely Linklater.