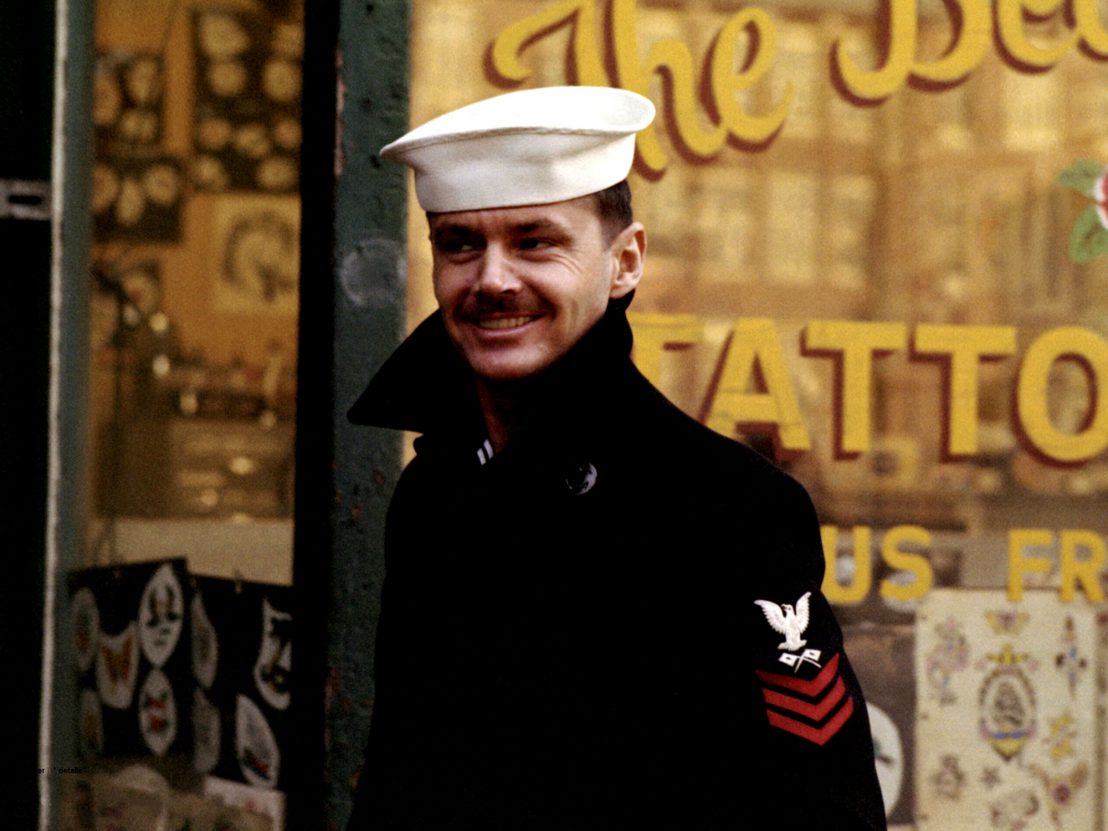 It opens with its protagonist, a military man who has been off combat duty for a while, receiving a mission while heavily intoxicated. Yet unlike Francis Ford Coppola’s Apocalypse Now, which came out six years later in 1979 and opens in similar fashion, the events of The Last Detail unfold not in Vietnam and upriver in Cambodia, but entirely on US soil. Yet Hal Ashby’s third feature (after The Landlord and Harold and Maude) is still very much preoccupied, however obliquely, with America’s engagement in the Second Indochina War.

Signalman First Class Billy “Badass” Buddusky (Jack Nicholson) is, along with Gunner’s First Mate Richard “Mule” Mulhall (Otis Young), tasked with escorting Seaman Larry Meadows (Randy Quaid) cross-country from their base in Virginia to Portsmouth Naval Prison in Maine. Badass and Mule are Navy ‘lifers’ who want nothing more than their orders to return to sea, and who from the start conspire to complete this shore patrol detail as quickly and cheaply as possible so that they can pocket a week’s worth of per diems between them. Their plans change, however, after they spend a little time with their handcuffed ward.

Sentenced to eight years in the brig for stealing – or failing to steal – $40 from the collection box of his CO’s wife’s favourite charity, Meadows is utterly naive if not quite innocent (he’s a kleptomaniac), and full of the potential of inexperienced youth. As both his escorts recognise in their prisoner a fresh canvas, they decide to devote the week to painting it with rites of passage into masculinity before it is put away in storage, perhaps forever. And so begin several days of eating, drinking, fighting and whoring, in a vain attempt to stave off an end that they all know is coming.

This fatalism in The Last Detail, enshrined in its very title, forges an equivalence between the military prison to which Meadows is being sent and the experience awaiting so many conscripts in Vietnam – young working class men like Meadows, too young to drink, yet old enough to kill and die. Accordingly, Meadows’ first beer(s), his first joint, his first sexual experience, his first attempt at assertiveness – all presided over by older, more jaded father figures – represents not just a concentrated and expedited coming-of-age narrative, but also an elegy for a nation’s broader loss of innocence in its military excursions.

An attempt to visit Meadows’ mother one last time before his internment begins ends in failure, but still reveals the grim socioeconomic background of so many enlistees, while Mule expressly regards the Navy as the only possible escape from his own childhood environment, even if that has instilled in him a willingness to go unquestioningly wherever “the Man says”.

A long-haired, pot-smoking, hippie of the 1970s counterculture, Ashby does not deliver the simple broadside against the military that might be expected, but something far more nuanced, full of real sympathy for the flawed individuals who fight for their country (or for other reasons). Badass is bellicose and aggressive, but also sentimental and good-hearted, bending over backwards – literally in the scene where he lets Meadows have a hotel’s double-bed while taking a folding cot for himself – to give his doomed captive the best of sendoffs.

Sure, Badass’ efforts to appear macho at a hipster party are incongruous and funny (and, by his own express admission, a deception to get “pussy”), but a big-bearded man there is marked as no less of a bore by his endless insistence that everyone must openly speak out against Nixon.

“Tell the MAA [Master-At-Arms] to go fuck himself,” Badass says at the beginning of the film when summoned to receive his mission. “Go tell the MAA to fuck himself, I ain’t going on no shit detail,” is Mule’s similar response. Yet they go and take the detail, knowing that the words of the GI sent to get them (“It’s your ass if you don’t”) are ultimately true. Similarly, asked to explain why he doesn’t just abscond, Meadows says of his guardians, “I couldn’t – it’d be their ass.”

This is the real tension that dominates the film. For all their insubordination and irreverence, ultimately these men, out of a sense of loyalty as much to each other as to ‘the Man’, are not going to disobey orders and break the chain of command, even when they know that what they have been tasked to do – whether it be to take a petty thief to serve an absurdly disproportionate sentence, or to kill in Vietnam – is wrong. This quality is both a failing in these men, and what ennobles them. Of course the Man himself, by implication, comes off far less well.

The Last Detail is released by Powerhouse Films as a 4K restoration in dual format Blu-ray/DVD on 27 February. 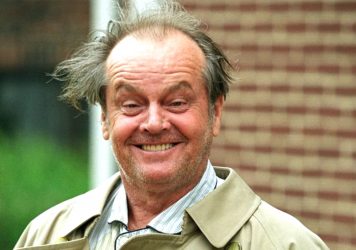 Jack Nicholson is starring in a remake of Toni Erdmann

The Hollywood veteran is coming out of retirement for a new version of Maren Ade’s sublime comedy.