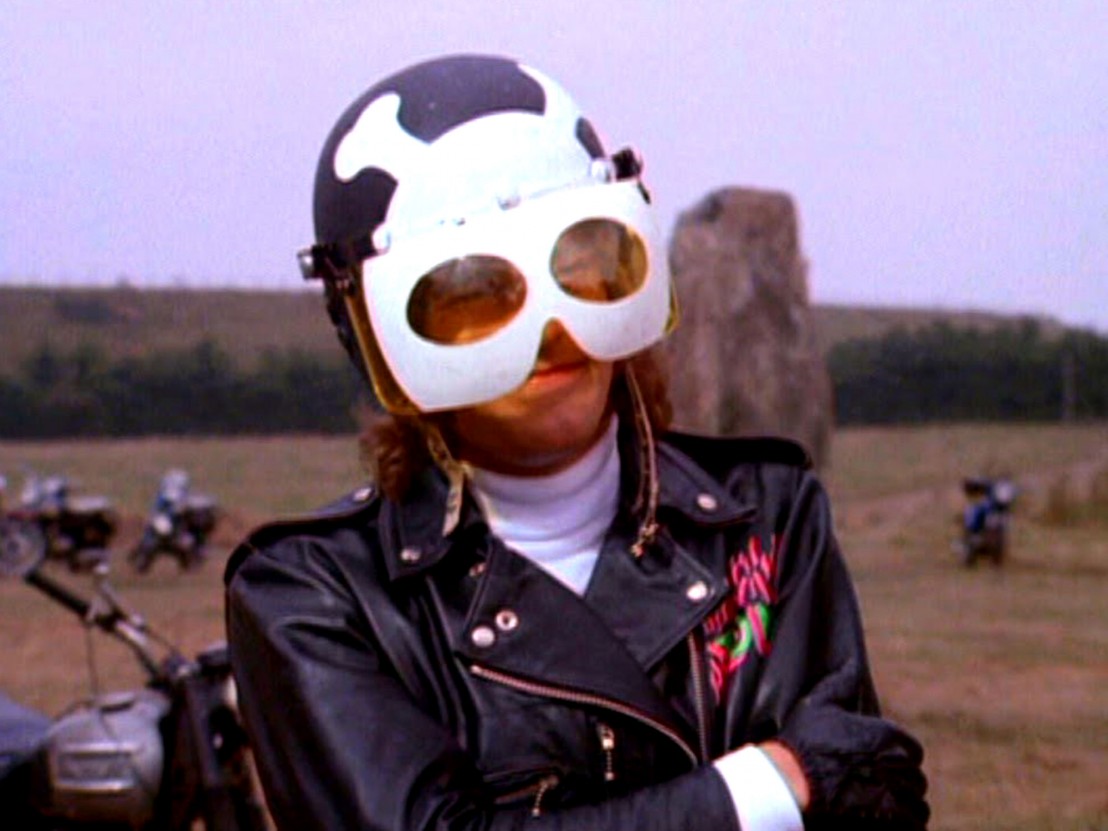 Through the mist, motorcyclists can be seen riding in slow motion around an ancient stone circle (in fact in Avebury) – and so the opening sequence of Psychomania, directed by Hammer journeyman Don Sharp (The Kiss of the Vampire, Rasputin: The Mad Monk), immediately establishes a link between ages Neolithic and Modern. This sets the tone for a film in which paganism and the occult ride pillion with a gang of delinquent bikers, bringing two different exploitation motifs into unusual proximity. The gang’s name, ‘The Living Dead’, emblazoned across the back of their leathers, signifies this merger of normally separate cinematic registers – not destined to come together again until Mark Steven Johnson’s Ghost Rider.

Tom Latham (Nicky Henson) is a contradictory character. As the youthful leader of ‘The Living Dead’, he directs his followers on antisocial rampages, representing the (masked) face of adolescent anti-establishment attitudes from the early Seventies. Yet as his plummy accent suggests, Tom is kicking, Oedipally, against his own inheritance. He lives in Latham Manor, the large and luxurious family estate where his father died 18 years earlier in a room that has been locked ever since. His mother (Beryl Reid) is a practising medium, and lives with mysterious butler Shadwell (George Sanders). “Why do you never get any older?”, Tom asks Shadwell – a line now tinged with irony given that this was Sanders’ last on-screen performance before his death in 1972.

Tom seeks from his mother and Shadwell the secret to returning from the dead. After spectacularly committing suicide (he crashes off a bridge after instigating a police car chase), Tom is buried in the stone circle, still mounted on his motorbike like some latter-day viking, while his friends, rather improbably, sing a folk ballad in his honour. Tom will come back, of course. Now immortal and unkillable, but otherwise unchanged in his attitudes, he rides out of the grave and has quickly left a trail of bodies in his wake.

Asked by his mother what he is going to do now, Tom replies, “There’s lots to be done. For starters, do you know how many policemen there are, and judges, teachers, preachers, do-gooders?” In other words, Tom is an empowered rebel with a cause, determined to resurrect his gang of the living dead and to bring down the system with consequence-free terror and murder. His Achilles’ heel, however, will turn out to be Abby (Mary Larkin), the biker girlfriend who does not share his death wish.

To the accompaniment of John Cameron’s funky score of electric guitars, flute and organ, Psychomania (also known variously as The Death Wheelers and Death Wheelers Are… Psycho Maniacs) is a collision of mythology and modernism, in which the spirit of rebellious anarchy is both celebrated and ultimately, eerily punished. When Abby asks Tom, as his mother did earlier, what he will do now, his response is telling: “I’ve always fancied driving through a brick wall.” These words might be construed as an expression of iconoclastic recalcitrance, or else merely as a sign of arbitrarily destructive ambition. Either way, where Tom refuses to recognise boundaries, he will end up permanently marking them, as his youthful transgressions become just another part of the English landscape.

Psychomania is released in a Dual Format edition (DVD and Blu-ray) as part of the BFI Flipside series on 26 September 2016. 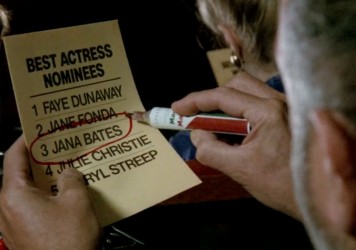