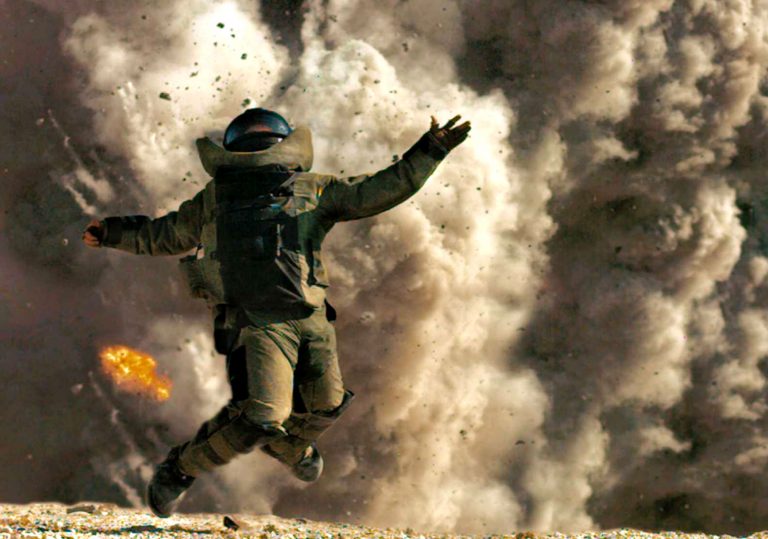 Well-paced action sequences will have you on the edge of your seat.

A commendably mature response to conflict.

American adventurism in the Middle East has inspired plenty of cinema over the last decade, but Kathryn Bigelow’s first feature since K-19: The Widowmaker is much closer in style and tone to the war portrayed in Generation Kill than that of Jarhead or The Kingdom.

In part, this may be due to its source material – the film having originated from the pen of an embedded reporter, the screenwriter and some-time journalist Mark Boal. As such, the script maintains a subjectivity that offers little in the way of context or background to the action.

Instead, the film focuses its attention upon the occupants of The Hurt Locker, a three man bomb disposal team consisting of Sergeant Sanborn (Anthony Mackie) and Specialist Eldridge (Brian Geraghty) – both of whom are in the final, agonising weeks of a year-long deployment in Iraq – and new member Staff Sergeant James (Jeremy Renner), who has joined the outfit following the unfortunate obliteration of his predecessor.

James doesn’t sit well with the other men; their ambition to get home in one piece at the end of the tour countered by his recklessness. He is a wild man who sets out his stall by dismissing the use of a remote controlled robot in favour of donning the cumbersome bomb suit that allows him to get up close and personal with the IEDs and unexploded ordinance that pepper the mutilated landscape of Baghdad.

The relationship between these men provides the driving force of the narrative. Other troops are shown fleetingly, and officers appear only occasionally; their muddled attempts to inspire the men under their command light years from the jingoistic leadership of Robert Duvall’s cavalry officer in Apocalypse Now.

Even the enemy are discreet, cast not as fanatics but civilians resisting an occupying force, trying to remain unseen, their identities uncertain. A sequence in which a potential insurgent trades a glance with James, having suddenly become a non-combatant by dropping the phone with which he had intended to trigger the now-defused bomb outside of his building, is indicative of the film’s complexity.

The action itself is episodic, with every ounce of tension eked from some stunning set pieces where lingering shots accentuate the bleak cinematography and stripped down sound design to draw the maximum heat and hopelessness of this hell on earth.

The central performances strengthen as the film develops. Jeremy Renner is the standout, though the supporting cast are well deployed – a scene involving an inept team of British ‘contractors’ offering a wry comment about both the futility of modern combat and the political circus which has led a superpower to deploy mercenaries to do its dirty work amongst the lame cats and skinny kids of a war zone.

Well-paced action sequences will have you on the edge of your seat.

A commendably mature response to conflict. 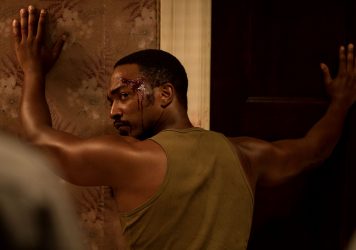 Kathryn Bigelow returns with this expansive, rousing and overwrought cine-autopsy of the 1967 Detroit riots.