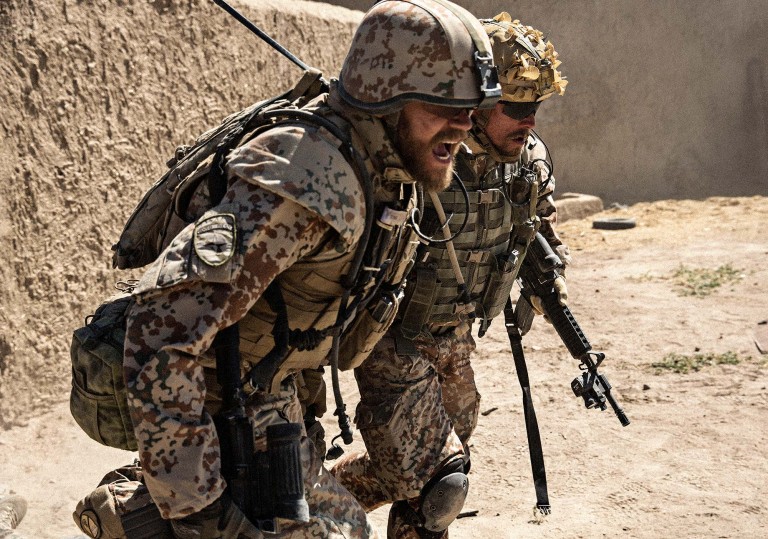 The people who brought you A Hijacking set the controls for the Afghan front line.

Surprisingly underwhelming as it gets underway, but certainly clicks into place in the second half.

The movie’s telling overall design impresses the more time you have to think about it.

As the title perhaps suggests, at some basic level all wars are the same. Men kill each other, their wives suffer at home, children cry. While this Afghan conflict drama unfolds, giving us a Danish POV on the perils of the frontline and the challenges of the Copenhagen home front, that sense of generic sameyness however, does rather kick in. And not to the film’s advantage either.

The knuckle biting tension which writer/director Tobias Lindholm and his decency-exuding leading man Pilou Asbæk carefully built up together in their previous Somali pirate thriller A Hijacking whipped up expectations that they’d deliver something pretty special here, yet it feels like a movie we’ve seen before. TV news coverage, vérité docs like Restrepo and even the potent British indie flick Kajaki have all served to render the lives of Western troops treading warily in fear of the Taliban fairly familiar on-screen territory.

Lindholm’s persistent, observational camera and his instinct for visual authenticity do keep it all watchably real, but as incoming fire, IED carnage and tricky negotiations with sceptical locals put compassionate Asbæk’s command skills to the test, there’s not much here to rock us on our heels. Meanwhile, back home with three misbehaving kids, it’s understandable his other half Tuva Novotny is looking pretty frayed, but her strivings are of a different order of intensity from the challenges faced by shipping company exec Soren Malling in A Hijacking, making life-and-death decisions on the phone to trigger-happy Somali warlords.

Still, just when you think you’ve got a handle on where the movie’s going, there’s a knock on the door and everything changes. Unfair to say anything more than that, but the revised scenario in which Asbæk now finds himself causes him – and indeed the rest of us – to work back through all the decisions he’d made in the movie’s opening salvos, particularly his dealing with an Afghan family who’d come to him for help after the Taliban had spotted them in conversation with the Danish contingent.

Suddenly, the movie shifts up a couple of gears, becoming more complex and involving and taking us to places we never expected to go. There’s now a key role for the steely Malling, as Asbæk’s canny guide through the moral minefield now surrounding him, and the full extent of Lindholm’s narrative agenda at last comes to light. As a filmmaker he’s terrific at rendering the fractious textures of demanding personal experience, yet he’s ultimately interested in the wider issues – here laid out like concentric rings of responsibility, from the individual, to the family unit, thence to the state itself.

What comes across is an apparent restlessness in Denmark about the standards of conduct expected of their own personnel while the Taliban conduct warfare on their own ruthless terms. As the haunting final image leaves us to ponder, it’s one thing to honour the courage of our military in no-win situations, but shouldn’t we also be questioning the whys and wherefore of the political decisions which put them there in the first place?

The people who brought you A Hijacking set the controls for the Afghan front line.

Surprisingly underwhelming as it gets underway, but certainly clicks into place in the second half.

The movie’s telling overall design impresses the more time you have to think about it.

Watch Pilou Asbæk deliver an emotional speech in A War

The Danish actor plays a disgraced solider in the brilliant new film from Tobias Lindholm. 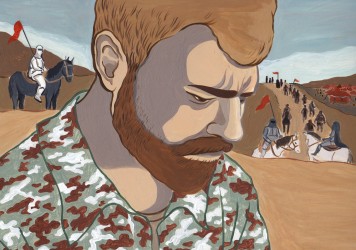 The star of A War and the new season of Game of Thrones offers his thoughts on a curious human compulsion.