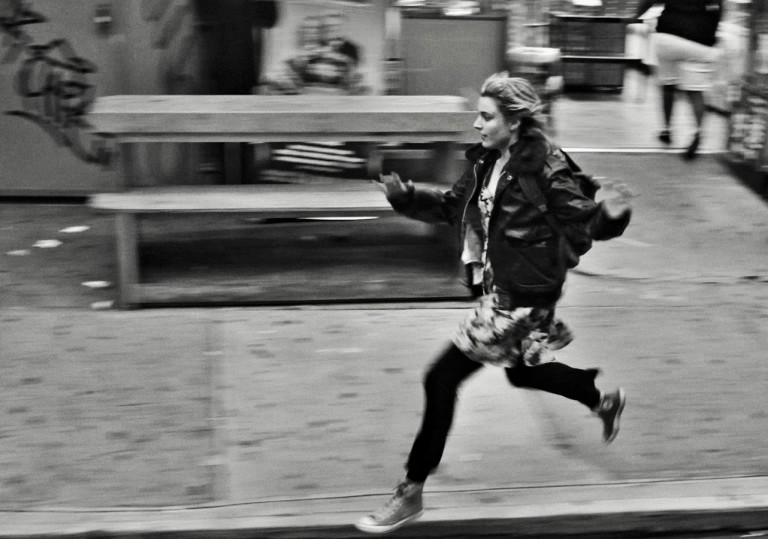 Growing pains and witty joys as Frances finds her Ha.

“I like things that look like mistakes,” says Frances (Greta Gerwig) near the end of the film named (partly) after her. Director/co-writer Noah Baumbach shares Frances’ predilection for foibles. Indeed, his solo writing projects (The Squid And The Whale, Margot At The Wedding) appear to love the sin more than the sinner, showing human monsters unable to overcome their own poisonous flaws in some of the most cruelly unforgiving — and static — character portraits in noughties cinema.

Yet when he shares the writing credit with others — with Wes Anderson (The Life Aquatic With Steve Zissou, Fantastic Mr. Fox), with Jennifer Jason Leigh (Greenberg, also starring Gerwig) and here with Gerwig herself — Baumbach’s misanthropy becomes softened and his characters, warts and all, are allowed room for growth and change.

Frances certainly has her flaws. An arrested 27-year-old woman-girl living (barely) in New York, she is willingly trapped in a co-dependent relationship with her college BFF Sophie (Mickey Sumner) — as one character puts it, “like a lesbian couple that doesn’t have sex anymore.” Frances seems constitutionally incapable of moving in with her boyfriend, moving on with her life, or even moving out the front door.

Not that she fails to move altogether — for the film is regularly punctuated by intertitles that catalogue her every change in address, charting a downwardly mobile regression which will lead her to spend Christmas back at her childhood home in Sacramento and even to move back to her old college dorm. A weekend break in Paris, taken in a whimsical bid to be like her better-travelled, more grown-up contemporaries, also only sets Frances back further, ending in failure, impoverishment and loneliness.

Frances’ stasis is in direct contrast not just with the friends and acquaintances who gradually leave her behind for an adulthood of marriage, children and gainful employment, but also with the film’s breezy, fragmentary montages that depict life flying by. Yet far from exposing her to low ridicule, Frances Ha presents its protagonist as a joyfully goofy, rounded character who blooms all the more brightly for being such a late developer, and ultimately, much like the film itself, puts all her mistakes in the service of art. Easily passing the Bechdel test (Google it) in her hilarious banter with Sophie, Frances may go through poverty and humiliation in taking the time to discover what she really wants, but she gets the last laugh.

The monochrome finish evokes the black-and-white stylisation of classic Woody Allen, while the more recent work of Lena Dunham (subtly name-checked in one scene) is suggested by the disarming (yet disinterested) explicitness on sexual matters, the focus on twentysomething women adrift and the presence of Girls’ Adam Driver. Which is to say that Frances Ha both acknowledges and earns its place in the tradition of the New York bourgeois comedy, encoding the angst of social mores in witty dialogue. Make no mistake: the cinematic slacker has come of age.

Growing pains and witty joys as Frances finds her Ha.