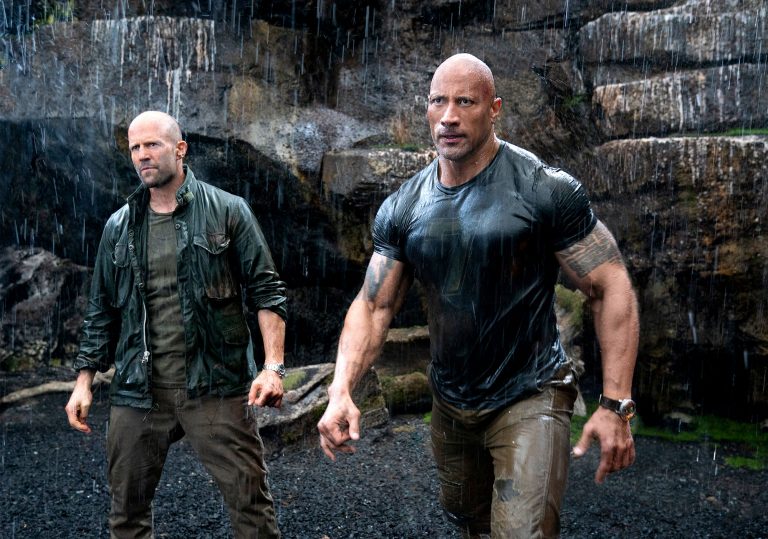 This looks very silly. And fun.

It is very silly! And fun!

There are few things as satisfying to our strange human brains as seeing something in slow motion. This explains the success of those YouTube channels where people slowly slice bars of soap into cubes, and the Jackass films which used cutting-edge tech to show gross-out humour at 1/10th of the normal speed. It also speaks to one of the joys of the latest Fast & Furious franchise entry, in which August Musger’s invention is utilised to ludicrous perfection. Dwayne Johnson and Jason Statham, their fists connecting in perfect, violent harmony with Idris Elba’s chiselled jawline. It’s the F&F equivalent of ASMR.

Reprising their roles as Secret Service agent Luke Hobbs and Special Forces Agent-turned-assassin-turned-mercenary Deckard Shaw respectively, this film sees cinema’s leading hard men part ways with Vin Diesel’s Dominic Toretto. In London, Deckard’s little sister Hattie (Vanessa Kirby), a top MI6 agent in her own right, is a wanted woman, set up as a traitor by the nefarious cyber-genetic agent Brixton Lore (Idris Elba) after she swipes a deadly virus from under his nose.

Hobbs and Shaw are tasked with bringing Hattie in and, given their history, they’re not exactly thrilled to be working together – rolling their eyes and grimacing like sulky schoolboys force to give a joint presentation as punishment for a playground fracas. “I don’t like your big stupid head!” sneers Shaw, demonstrating the best of what Chris Morgan and Drew Pearce’s script has to offer.

But that’s the thing: no one watches a Fast & Furious film because they want hard-hitting dialogue, or gritty realism, or sensible, logical plot development. The beauty of Hobbs & Shaw lies in its bombastic set-pieces, including an exhilarating car chase through the UK capital (it’s actually Glasgow doubling for London) and a scene where The Rock brings down a helicopter with nothing but a length of chain and his formidable biceps.

Elba amps up the theatrics as the genetically-engineered super-soldier who stands between Hobbs and Shaw and saving the world, at one point glibly remarking “genocide schmenocide” in a truly remarkable display of male ego. For their part, Johnson, Statham and Elba are fully in on the joke. So too is David Leitch, who made his name as a co-director on John Wick before helming Deadpool 2, and who seems to understand the inherent ridiculousness of the franchise better than most – and also that these films have always been, at their core, painfully earnest. 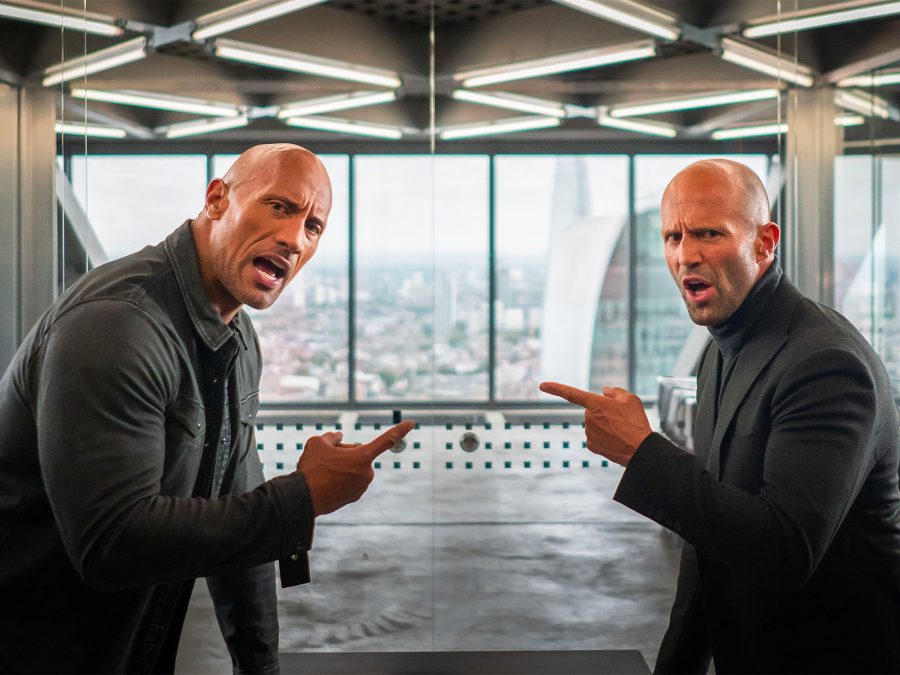 Thus, the gang travels to Samoa for a slightly corny family reunion; Hobbs reconnecting with his past in order to defeat a man who represents a grim cyborg version of humanity. Family, as much as big cars and big guns, has always been at the heart of the Fast & Furious saga. Here, we see it in Hobbs making amends with his brother Jonah (Cliff Curtis) and mother Sefina (Lori Pelenise Tuisano), and Deckard reuniting with his sis and his dear old mum Magdalene (Helen Mirren, reprising her role from The Fate of The Furious).

Kirby makes another strong case as an action heroine following her appearance in Mission Impossible: Fallout, although a romantic subplot between her and Johnson feels contrived, devoid of the chemistry shared by the film’s warring male heroes – an odd couple for the ages who bounce off each other like solid steel spheres lighting up a pinball machine. They move like dancers in their fight scenes, pirouetting around countless, nameless bad guys with the practised confidence of men who were made for this. Men who know exactly who they are.

This is pure sugar rush cinema, offset only by the short, sharp shock of the inevitable brain freeze that comes from slurping it down too fast. A slew of cameos outstay their welcome, and none of it really makes sense if you think too hard about it, but there’s something delightful about the child-like wonder of it all. The fact it takes Hobbs and Shaw over two hours to realise that if they work together they will stand a better chance of defeating their common foe suggests they exist on a different plain of existence from the rest of us – one where macho posturing isn’t just an indication of insecurity but instead a legitimate way of life.

This looks very silly. And fun.

It is very silly! And fun! 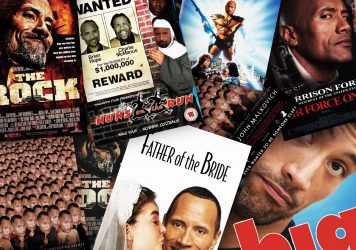 What should The Rock reboot next?

After reviving several franchises and ‘remaking’ Die Hard with Skyscraper, what else could Hollywood’s biggest star bring back?