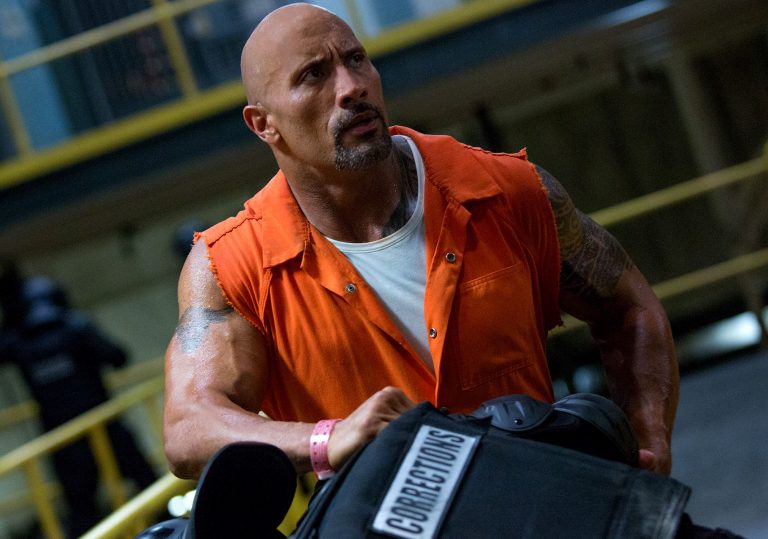 Still plenty of fuel left in the tank.

How big is too big? Well, in the case of Dwayne Johnson, it depends on what we’re measuring. His big smile is a big reason why he’s currently the highest paid actor in Hollywood. His shoulders are also big – but big enough to carry a franchise the size of The Fast and the Furious? That appears to be the real question on director F Gary Gray’s mind in a film that relegates long-serving series regulars Ludacris, Michelle Rodriguez and Tyrese Gibson in favour of its totemic, trash-talking newer recruit. And with good reason, too.

Before The Rock brought his considerable bulk to the party, these films were still being made on the smaller end of the blockbuster scale. But since DSS agent Luke Hobbs made his first appearance in 2011’s Fast Five, the franchise has swollen into a staggeringly popular billion-dollar property which now rests on Johnson more than anyone would like to admit. That includes bald ’n’ brawny OG Vin Diesel, whose reported on-set beef with his Fast and Furious 8 co-star was conveniently put to bed ahead of the film’s release.

Seeing as fate and family are the central themes here, it’s both fitting and a little ironic that Diesel is removed from the picture early on. After a NOStalgia-charged street race in Havana, Cuba, Dominic “Dom” Toretto is confronted by Charlize Theron’s mysterious cyber terrorist, Cipher (think the ice-cold badassery of Imperator Furiosa from Mad Max: Fury Road mixed with the wild-eyed flightiness of Arrested Development’s resident MRF, Rita). For reasons unknown to Dom’s crew, he’s suddenly forced to go rogue, putting Hobbs firmly in the narrative driving seat. 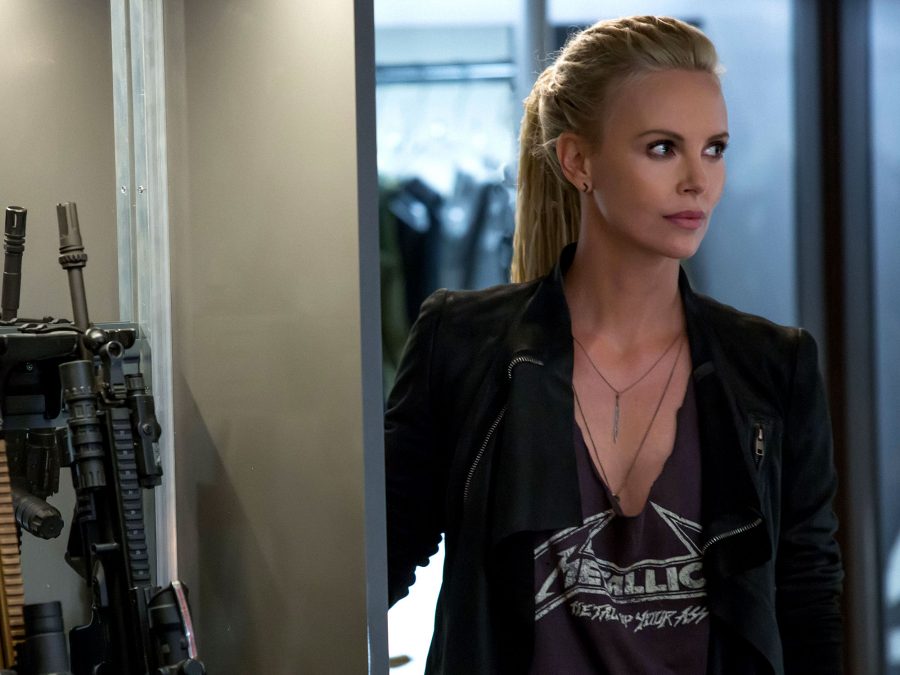 If this is intended as an acknowledgement of a changing of the guard, it’s not exactly subtle. And yet the way Johnson is allowed to dominate proceedings – literally filling the frame, he’s what IMAX was made for – actually makes a lot of sense within the wider evolutionary context of the series. Life after Dom would have been impossible to imagine before, but this film – the first in the post-Paul Walker era – effectively introduces the idea that in order to keep the engine running smoothly, sometimes older, weaker parts need to be replaced.

Which is not to say that Diesel is defective, nor that his involvement in the franchise is likely to end here – his last act redemption suggests he will almost certainly be around for the next ride. But after 16 years of putting pedal to metal, it’s telling that he no longer feels indispensable. Indeed, Johnson’s physical stature and megastar status now seem directly proportional to the inflated commercial and fan expectations each new Fast and Furious film brings with it. Watching Fast and Furious 8, you have to wonder how either could possibly get any bigger.

Jason Statham again relishes flexing his action-comedy muscle as Deckard, kicking and shooting his way through a heavily-guarded aircraft while clutching a baby in a clear nod to John Woo’s Hard Boiled. And Helen Mirren shows up as a sweary cockney crime matriarch in a brief cameo that fails to deliver on its initial threat of humour and violence. Crucially though it is Johnson who gets the biggest laughs, he who gets to drive the biggest cars and perform the biggest stunts. This is his vehicle, plain and simple.

Still plenty of fuel left in the tank.