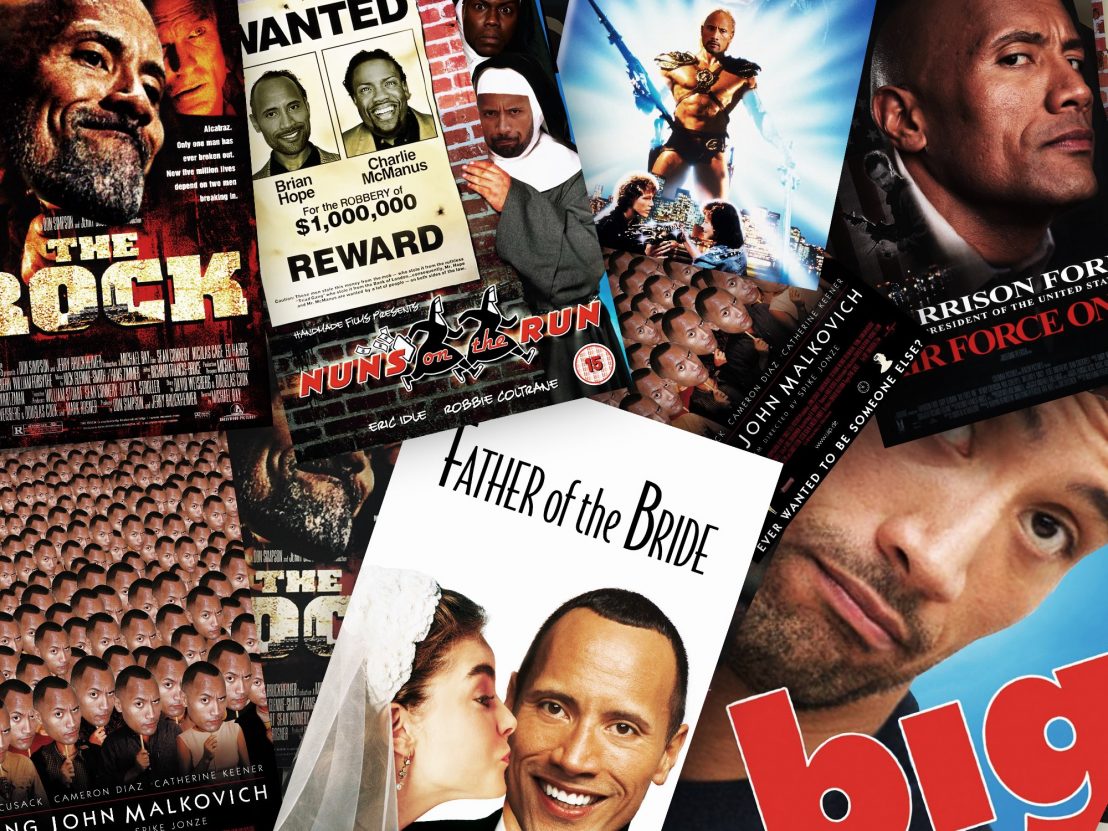 What should The Rock reboot next?

After reviving several franchises and ‘remaking’ Die Hard with Skyscraper, what else could Hollywood’s biggest star bring back?

Dwayne Johnson is a rare star in modern Hollywood, one whose mere appearance on screen practically guarantees a hit. He’s also earned a reputation as someone who can give the kiss of life to dormant studio properties, including Fast and Furious, Journey to the Centre of The Earth, GI Joe and Jumanji. In short, audiences seem only too happy to buy into a familiar premise so long as Johnson is involved, as appears to be the case with his latest blockbuster vehicle, Skyscraper. With this in mind, we got to thinking which other films might be fit for a Rock reboot…

He’s already many people’s pick to be a future real-life President, so why not have Johnson audition in a remake of the 1997 action thriller, about terrorists hijacking the Commander-In-Chief’s plane. Perhaps with Jason Statham replacing Gary Oldman as the Kazakh extremist villain (retaining his predecessor’s goatee beard). It could even be a sequel of sorts, with Harrison Ford’s former President aiding Johnson from the ground.

Despite being hugely popular in the ’80s, no one has been able to bring back He-Man and The Masters of The Universe since the unsuccessful Dolph Lundgren version. As one of the few musclebound action stars left in Hollywood, Johnson could be that man, perhaps paired with his old Fast and Furious director Justin Lin. As for He-Man’s nemesis, Skeletor? A bulked-up Willem Dafoe would be a perfect fit.

The cult Kurt Russell action-comedy, about a truck driver dragged into a world of ancient mysticism and tight vests, was rumoured to be in development with Johnson as the star. Those plans have stalled, but we think the barmy hit would be a good fit for such a larger-than-life actor. We also think original director John Carpenter should be brought back, after having to suffer through so many poor remakes of his other films.

If the star really wanted a challenge, he could revive the long-dead spoof genre. Johnson has displayed a knack for comedy, making him a strong candidate to step in the shoes of Robert Hays as Ted Striker, a former fighter pilot and hero of this spoof of ’70s disaster movies. Johnson could spoof both himself and his past work, making him even more likeable to audiences (if that’s possible), perhaps with Seth Rogen behind the camera and Will Ferrell taking the Leslie Nielsen role.

All good remakes put a little twist on their predecessors. The 1991 comedy Steve Martin about a father struggling to cope with preparations for his daughter’s wedding would have a slightly different perspective with Johnson as the father – well, would you want to get on the wrong side of him? Causing chaos in the background as wedding planner Franck (formerly Martin Short) would be Sacha Baron Cohen.

Big is a premise Johnson is already somewhat familiar with, having played a youngster trapped in a grown man’s body in Jumanji: Welcome to the Jungle. The Tom Hanks version, which concerns a 12-year-old boy who wishes to be “big” and gets what he asks for, would need to be given a twist with Johnson in the lead role. Stranger Things’ Noah Schnapp would be great as his still-small best friend Billy, and of course the classic walking piano scene would be recreated shot-for-shot.

While a lot of the films on this list are beloved, Johnson wouldn’t have too much trouble living up to this grim creature horror featuring wobbly CGI, a laughable script and Jon Voight sporting an indecipherable accent. Overhaul the script, stick Robert Rodriguez behind the camera, and bring in a new ensemble to get picked off in the Amazon rainforest. O’Shea Jackson Jr could following in his father’s footsteps, with Danny McBride and Michelle Rodriguez in supporting roles.

John Cusack played a puppeteer who discovers a doorway into John Malkovich’s mind in Spike Jonze’s surreal masterpiece – but what if that mind belonged to someone a little more brawny? Allegedly, one film executive’s reaction when reading the script was, ‘Why the fuck can’t it be Being Tom Cruise?’ Johnson would satisfy that wish and add a different kind of performance to his repertoire, with Michel Gondry taking over from Jonze and Adam Driver pulling the strings in Cusack’s role.

Eric Idle and Robbie Coltrane scored a modest hit in 1990 in this buddy comedy about wanted criminals posing as nuns to avoid detection. While cross-dressing as a punchline is clearly problematic, it would give Johnson a chance to reunite with his Central Intelligence co-star Kevin Hart, and the visual gag of man mountain Johnson trying to find a habit that fits practically writes itself.

A film that should be remade if only for the tagline ‘The Rock vs The Rock’. Michael Bay’s original saw the director at the peak of his macho-action powers, directing Nicolas Cage and Sean Connery as an FBI chemist and a federal prisoner who fight terrorists who have taken over Alcatraz prison. Johnson as a mild-mannered chemist might be a stretch, so perhaps he could play a younger version of the Connery role opposite Donald Glover because, well, who wouldn’t want to see that pairing?

Which films would you like to see The Rock reboot? Let us know @LWLies