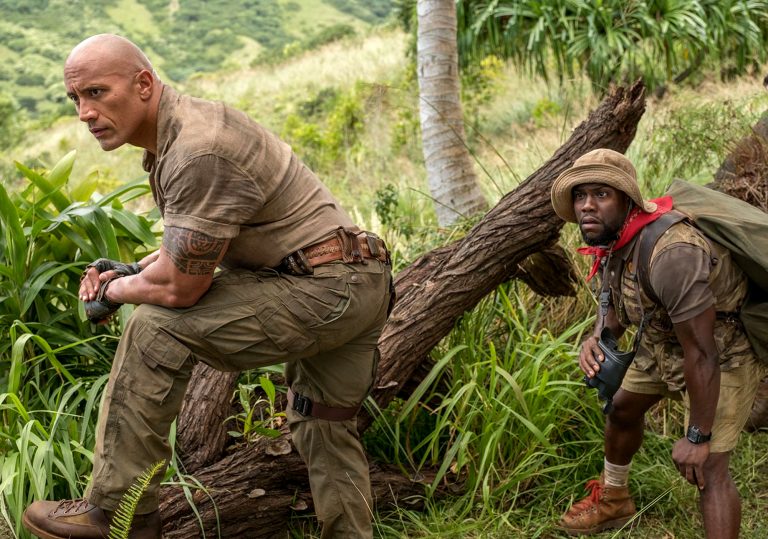 At least the cast appear to be having fun.

Robin Williams’ absence has never been so keenly felt.

Every time a blockbuster reboot is announced, some bright spark inevitably pipes up with an adage long-since proven to be true: ‘Hollywood is officially out of ideas!’ So far no one has been able to pinpoint the exact moment when Hollywood did, in fact, scrape the very bottom of the barrel, but it probably occurred sometime in the mid-2000s (perhaps when they decided to remake Planet of the Apes). Maybe we’re all just overcome by the relentless feeling of nostalgia for simpler times. Maybe we just miss Robin Williams. Either way, Jumanji: Welcome to the Jungle is the latest chipper cashgrab to be crapped out by Tinseltown.

It’s almost 22 years since the original Jumanji was released – a fact that Jumanji: Welcome to the Jungle is eager to remind us of. Take note: kids don’t play board games anymore. They play video games. And take selfies. And saying things like, “I literally cannot even”. As such, Jumanji isn’t a cursed board game that explodes into the real world to cause chaos for Kirsten Dunst. Jumanji is now a video game which sucks its teenage players (The Geek, The Jock, The Hot Girl and The Unpopular Girl) into a virtual jungle, where they’re transformed respectively into The Sensitive Tough Guy (Dwayne Johnston), The Angry Funny Man (Kevin Hart), The Fat Guy (Jack Black) and The Hot Girl (Karen Gillan). It’s The Breakfast Club, only with hip and happening pop culture references thrown in to ensure the film’s complete irrelevance in the very close future.

Which is not to say that Jumanji: Welcome to the Jungle is entirely beyond redemption. Dwayne Johnson and Kevin Hart are always a pleasure together, and Jack Black is clearly having a blast channelling his inner teenage girl. Karen Gillan is handed the thankless task of performing fight scenes in a crop top and tiny shorts, but she makes the most of what little she has to work with. Smart casting saves the film from being a total disaster, and there are a few glimmers of wit in the script. As mindless entertainment goes, it’s surprisingly effective.

In order to get out of the video game, our plucky band of heroes must defeat Goth Indiana Jones (played by Bobby Cannavale, apparently acting in an entirely different movie). But of course, what really matters are the things they learn about themselves – and each other – along the way. Will The Geek pluck up the courage to ask out The Hot Girl of his dreams? Will The Unpopular Girl realise she was attractive on the inside all along? Yes on both accounts. It’s a paint-by-numbers tween extravaganza hitting cinemas just in time for the Christmas holidays. Although it paints itself as a nostalgic riff on gaming history, it feels hollow and predictable, and the thrills are cheap.

There’s very little to take away from the plot beyond the boorish pedalling of inane gender stereotypes and the very specific notion of ‘What Kids Like’ as defined by middle-aged Hollywood screenwriters. Cliché upon cliché stampedes across the screen, and all the flashy action sequences and big-name casting in the world can’t save Jumanji from what it really is: a formulaic studio cash-in with nothing new or interesting to say.

At least the cast appear to be having fun.

Robin Williams’ absence has never been so keenly felt. 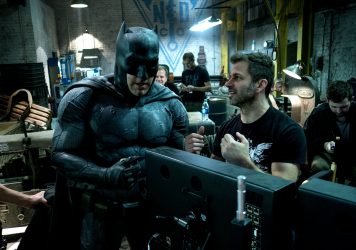