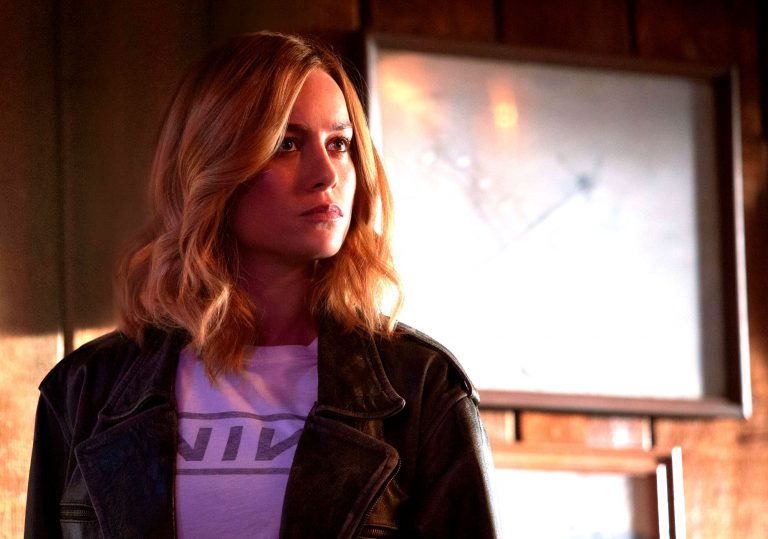 Can Boden and Fleck offer a fresh take on the Marvel formula?

Goose the cat > everyone.

Feels a little Girl Power™, but Mendelsohn is a delight.

As Disney gear up to unleash hell in May with Avengers: Endgame, they kick off their 2019 slate by inducting a new hero to the growing ranks – much in the same way we were formally introduced to Black Panther almost 13 months ago to the day, ahead of Avengers: Infinity War.

There’s a formula to Marvel’s release strategy as much as there is to the narratives of their film output. You know the drill by now: hero is introduced, hero faces problem, hero saves the day. Given that these films have to be family-friendly blockbusters capable of resonating with an international audience, this structure makes perfect sense. The real question is: can filmmakers work within the existing template to give us something new?

It seems absurd (bordering on embarrassing) that some 11 years after Robert Downey Jr proclaimed “I am Iron Man” we’re only just getting the first female solo superhero film from Marvel Studios – but if there was ever a safe pair of hands, it’s Brie Larson, who takes on the mantle of Carol Danvers. While Black Panther established its titular protagonist without going through the motions of an origin story, Captain Marvel, perhaps in part hampered by its ’90s setting, has a lot of establishing material to get through. This doesn’t leave an awful lot of room for innovation.

On a futuristic planet named Hala inhabited by an advanced race called the Kree, Danvers has been led to believe she’s the Kree warrior ‘Vers’ (pronounced Veers), part of an elite military unit called Starforce, commanded by her mentor Yon-Rogg (Jude Law). The Kree are engaged in a conflict with the Skrull race, and during a mission to retrieve one of their own from enemy territory, Danvers is abducted. She inadvertently ends up on Earth circa 1995, where she encounters S.H.I.E.L.D agent Nick Fury (Samuel L Jackson) and rookie Phil Coulson (Clark Gregg). Before long Danvers discovers the truth about her identity. 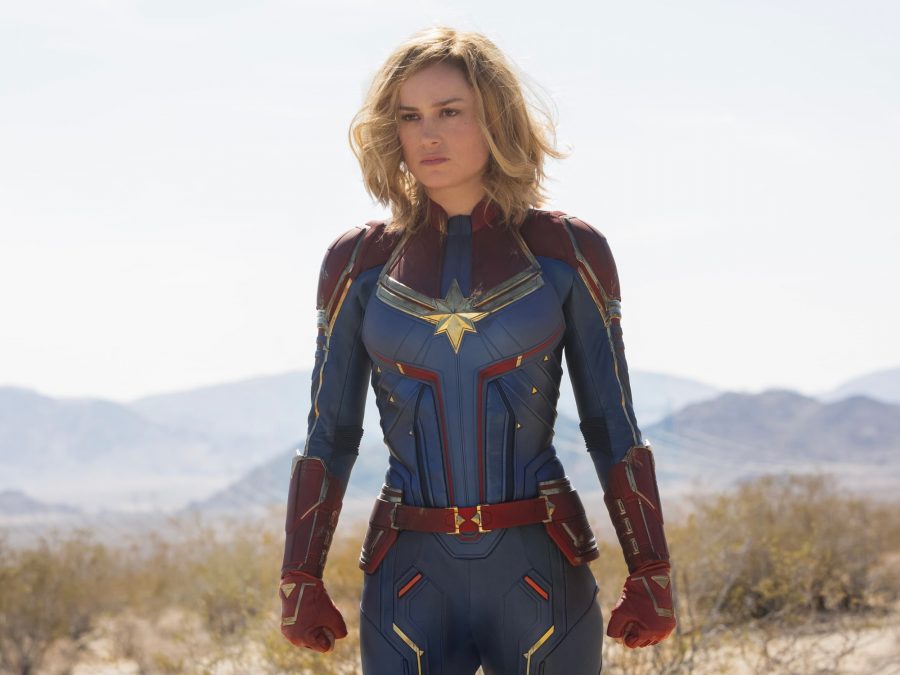 While this amounts to pretty standard Marvel fare, Captain Marvel benefits from an exceptional cast. Larson’s casting is spot-on as the rebellious, stoic yet mischievous Danvers, while Jackson racks up a pleasing amount of screentime as a de-aged version of Fury – at his most charming when he’s fussing over a scene-stealing ginger cat named Goose, who also plays a pivotal role in the plot.

But the film’s MVP is without a doubt Ben Mendelsohn, resplendent in layers of lizardy prosthetics as the Skrull leader Talos but still sporting his indomitable Aussie charm. He’s given much more to do here than in his last high-profile Hollywood gig, Ready Player One, and appears to be having an absolute blast doing it.

Although Annette Bening feels somewhat wasted in a minor supporting role, the decision to focus on the friendship between Danvers and best buddy Maria Rambeau (Lashana Lynch) rather than a half-hearted romance subplot pays off. Meanwhile Stan Lee, in his first posthumous appearance, delivers one of his more memorable cameos which leans into the film’s ’90s setting.

Indeed, nostalgia is in abundance, from the Nine Inch Nails t-shirt Larson wears throughout the film to a soundtrack comprising the likes of Nirvana, Garbage, Hole and TLC. The sight of our heroine crashing through the roof of that venerable ’90s institution, Blockbuster Video, feels a little on the nose, but a fight scene choreographed to No Doubt’s ‘Just a Girl’ feels like the most solid ‘comic book’ moment we’ve had in a Marvel film for quite some time. This is especially notable given that the rest of the fight scenes are quite forgettable, in the way that superhero movie battles tend to be.

In the age of the dour superhero flick, Captain Marvel strikes a pleasing chord, at once delivering levity, gravity and spectacle. Danvers is constantly told that ‘emotions are weakness’, a line that has been parroted at women for centuries (lest we forget the origins of the word hysteria), and it is both thrilling and poignant to see her overcome her male oppressors.

That said, it’s hard to fully get behind the film given its backing by the US military – all the glossy shots of Air Force Thunderbirds and their involvement in marketing campaign in North America leaves an uneasy feeling, as if Captain Marvel has been turned into a covert recruitment tool. And considering that the US Air Force is partially responsible for airstrikes in Syria which have displaced six million people, an intergalactic refugee subplot feels even more galling.

It’s difficult to reconcile these uncomfortable truths with the welcome and long overdue representation of women in Hollywood’s biggest movie franchise. Captain Marvel is one of the studio’s better offerings, and undoubtedly her big screen debut will resonate with younger female viewers around the world who may only just be engaging with pop culture in this way. But films – particularly ones that cost $150 million to make – don’t exist in a vacuum. As fun as it is seeing Mendelsohn in his pomp or Jackson baby talking a cat, it’s never ‘just a movie’.

Captain Marvel only gently dips into what could have been a more engaging look at female rage and how emotion is currency, possibly afraid of alienating male viewers if its too overtly feminist (that ship has already sailed). Even sexism within the US military receives only a cursory nod. It feels less visionary and divergent next to Black Panther, which stood so firm in its convictions. Perhaps if this film had been released in 2008, it would have felt genuinely groundbreaking (in the comics Danvers was ‘Ms Marvel’ until 2012). But it’s 2019 – and we deserve a superhero movie that’s not just coasting by on autopilot.

Can Boden and Fleck offer a fresh take on the Marvel formula?

Goose the cat > everyone.

Feels a little Girl Power™, but Mendelsohn is a delight.