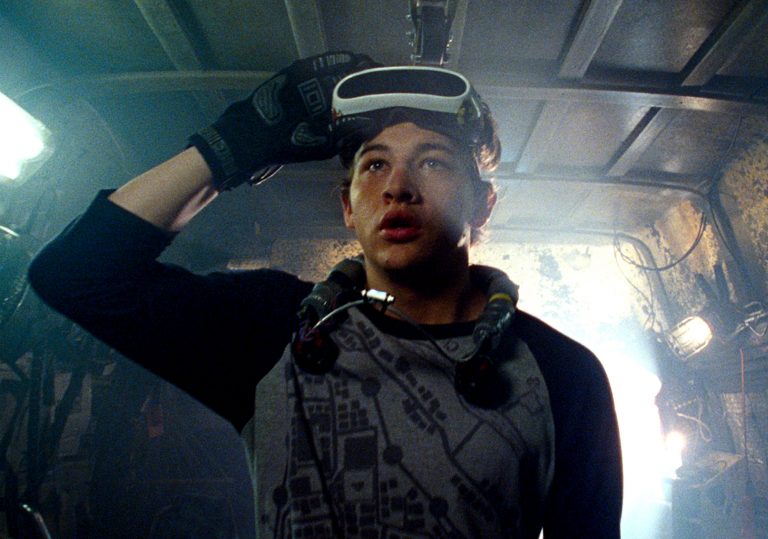 The trailers don’t look great, but c’mon – it’s The Beard!

Some solid whizz-bang material, but feels like cod roe when it should be caviar.

Is it a movie? Is it a film? We can’t say. It’s all just a little underwhelming though.

You can tell who the bad impressionists are straight away. Their act usually begins with something like this: “Hey there, I’m Keanu Reeves,” or, “Clint Eastwood here…” or, “This is Eddie Murphy speaking”. The gamble of allowing the impression to fly on its own – and in turn letting select members of an audience guess the make-believe persona – is quashed in favour of quickly giving the game away. It’s a form of desperate self-justification. We complain that film critics and those who write about art are too trigger happy when it comes to spoiling, but what about the artists who too freely hand out the keys to their own work?

There’s a fair amount of auto-spoilering in Steven Spielberg’s rickety pop confection, Ready Player One, as characters strut around digital landscapes while pointing out references and explaining things among themselves. “Oh look it’s the Iron Giant!” or, “Hey, isn’t that Kaneda’s motorbike from Akira?” If an onlooker didn’t manage to recognise either of these iconic machines, then naming them point blank kinda kills it for those that did. But that’s perhaps part of this film’s unwieldy genetic make-up – it attempts to offer a carefully curated golden greats package of late 20th century nerd culture while riding on a script that pleads a constant case for its own wider relevance.

The year is 2045 and, as Van Halen’s ‘Jump’ (shudder) blasts over the soundtrack, the camera glides us directly towards The Stacks, a teetering, highrise township in Columbus, Ohio which appears as an Americanised version of a favela. Lest it need stating, society is in the process of being sucked down the U-bend, and we arrive at the point where it’s swirling around aimlessly in the backwash.

Trash heaps line the streets and husks of old cars form mini mountains. Housing, meanwhile, is little more than a shelter from the elements, a bolthole with enough heat, light and wifi capability to enable connection to the Oasis, a virtually-rendered alternative to the arduous toil of reality where a plugged-in populous frantically enter into contests of chance and skill in order to expand their credit lines. The losers find themselves in a prison pod at the local loyalty farm, paying back debts to the odious corporate leeches at IOI. It rides on the cynical belief that, in troubled times, humans would naturally resort to escape rather than regeneration. 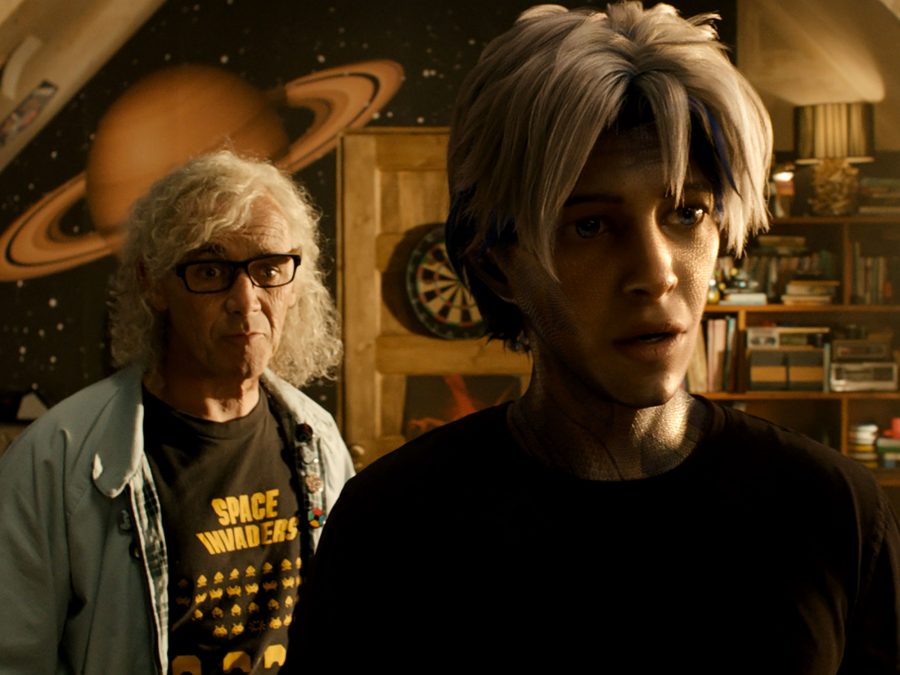 But it’s all change at the top: godhead coder James Halliday (played by Mark Rylance, should’ve been played by Rick Moranis) has kicked the lunchpail. He stacked up his trillions as a computer programmer, and because of this he is an awkward antisocial introvert. He has decided to cede his kingdom to the first player who can uncover an Easter egg nestled in a hidden corner of the Oasis.

Ben Mendehlson’s pantomime corporate nabob, Nolan Sorrento, has diverted resources at IOI to make sure this dream challenge becomes a hostile takeover, and he can monetise the Oasis for all its infinite worth. Tye Sheridan, an actor who looks like he has been bred to star in a Spielberg movie, is the cocky soldier of fortune, Wade Watts (aka Parzival), who proves to be the digital arrow in Sorrento’s jack-booted heel.

Ernest Cline’s 2011 bestseller is the source of this lavish adaptation, and Spielberg has taken great pains to retain as much of the pop cultural arcana as his lawyers will allow. In conceptual terms, imagine if The Beastie Boys had only sampled tuneful, 1980s drivetime hits while making ‘Paul’s Boutique’. Yet the director has also been saddled with an absolute lemon of a storyline, a standard issue saga of kids rising up against adult oppression that seems like a mandatory ingredient of all Young Adult literature.

In his defence, Spielberg doesn’t appear at all interested in exploiting the story’s revolutionary undertow, instead placing a wide-eyed focus on where his humming bird-like camera will dart next. This sugar-rush sensibility only gets him so far. 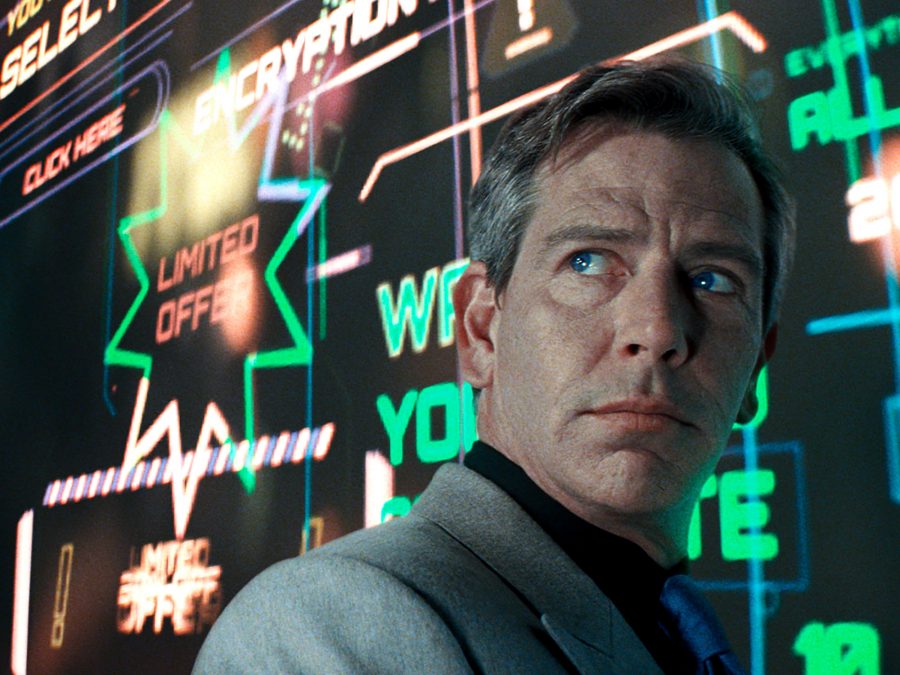 Spielberg has said of Ready Player One that audiences should accept it as a “movie” rather than a “film”. The subtext to that statement is that he doesn’t want his fanbase to look too closely at what he’s made, and instead they should bask in the superficial dazzle of each bombastic set piece. And even though there’s something a little tragic in having to advise people on how to consume the piece of art you’ve lovingly created, his statement does work as a damning assessment of a work which prizes flippant, in-the-moment spectacle over a deeper investigation into the social ramifications of this unique duel existence.

It offers a grudging critique of gaming culture, parroting the banal lesson that, yes, the real world can offer sensation and experience that no machine can replicate, even with the aid of a full-body impact suit with fully calibrated crotch pads. And yet its ultra prescriptive, level up-like plot machinations cleave to the linear “collect all the keys to win” competition element of most computer games, with none of the sense of achievement or discovery.

A weak central conflict and an inability to make the stakes feel consequential means that the film doesn’t evolve. Mendehlson’s villain is too silly to be scary. It drifts towards inevitability. There seems so much potential in the notion of living a spectral double life, being given the opportunity to build a “perfect” copy of yourself and questions of how a digitised self-image chips away at the human soul and the nature of romantic connectivity. Yet unlike Spielberg’s 2001 masterpiece, AI: Artificial Intelligence, the story pays mere lip service to these rich sub themes. 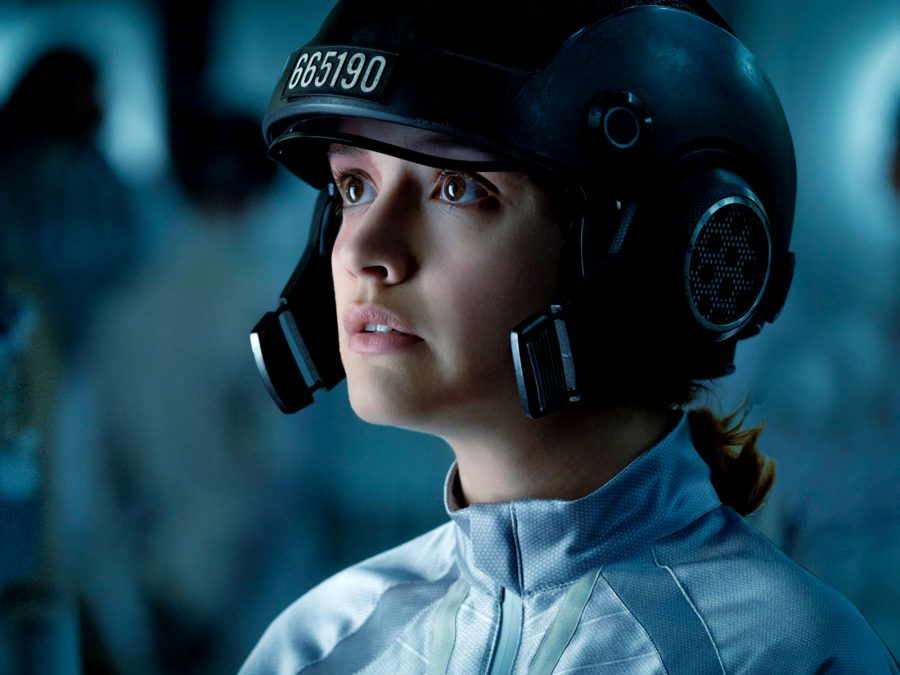 James Halliday’s trio of trials each amount to a search for human compassion, though Spielberg doesn’t do enough to present his characters as anything more than athletic cyphers whose quest is to join together dots. Genre cinema’s least compelling trait is being made to watch people solving puzzles, and here it’s the backbone of the entire enterprise.

Wade himself is perhaps one of Spielberg’s least exciting and most functional protagonists – even his digital avatar looks like one of the blue Avatar creatures cross-processed with someone who listens to punk records on Spotify. Olivia Cooke steps in as his spiky femme cohort Samantha (aka Art3mis), and even though she has all the agency and wits of Wade, there’s still a sense that she’s his ultimate prize rather than the other way around.

Spielberg’s greatness as an artist lies in an ability to forge unique images – to tap into a sense of awe that naturally comes from seeing something for the first time. There is one sequence in Ready Player One where he comes close to this ecstatic trademark, but it’s an early high the film is unable to replicate. One later sequence, involving an extended homage to Stanley Kubrick’s The Shining, will either delight or repulse depending on whether you can accept the mangling of a canonical classic at the service of tepid ironic larks.

Alongside The Post, his recent political potboiler about the Pentagon Papers, Ready Player One feels like Spielberg pandering directly to audience expectation – giving people what he thinks they want as opposed to mainlining his own, fecund imagination. This is not a movie, but his impression of a movie.

The trailers don’t look great, but c’mon – it’s The Beard!

Some solid whizz-bang material, but feels like cod roe when it should be caviar.

Is it a movie? Is it a film? We can’t say. It’s all just a little underwhelming though.