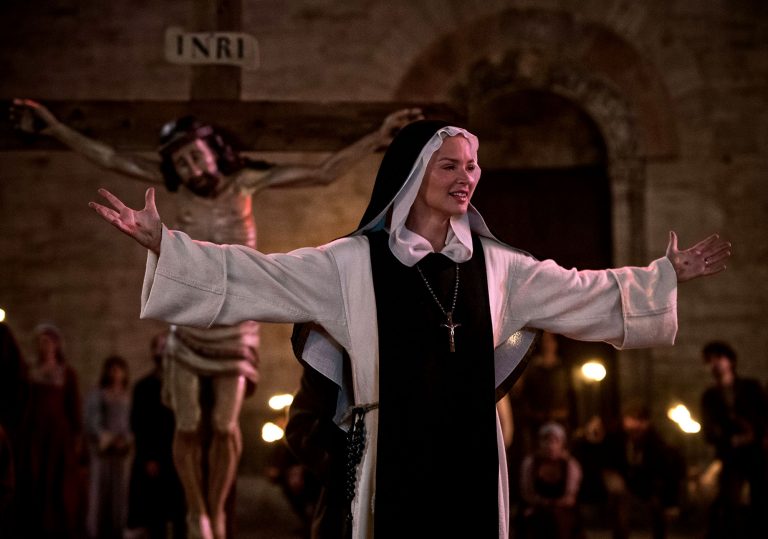 Efira is on top form; everyone else is having a blast.

A cheeky tall tale from a master provocateur.

Reuniting with his Elle co-writer David Birke, Paul Verhoeven returns to the big screen with a project some five years in the making. Following delays due to both Verhoeven’s hip surgery and the pandemic, the film was duly anointed at the 2021 Cannes Film Festival, before releasing in the US amidst reported church protests.

It’s understandable why religious folk might take umbrage with the content; Bendetta recalls the salacious life of the blessed lady (Virginie Efira) who first appears as a precocious child who claims the Virgin Mary speaks to her. Her doting parents purchase a place for Benedetta Carlini in the Pescia convent of Tuscany, run by the shrewd, money-minded Abbess (Charlotte Rampling) and it’s here that Benedetta comes into her own, experiencing visions of Jesus and devoting herself to a divine higher power.

That is, until the impish Bartolomea (Daphne Patakia) seeks sanctuary at the convent from her abusive father and brother; Benedetta’s parents pay her way into the church, and a clandestine mutual attraction rapidly develops between the two. If you scan the Wikipedia page for ‘nunspoiltation’, the name Benedetta Carlini appears, and what could be more titillating than a lesbian Bride of Jesus who claimed to be in commune with the holy father?

Verhoeven has long been interested in religious storytelling, to the extent he published a book about the life of Jesus Christ in 2010, and here he applies his provocative sensibilities to the juiciest of subjects. The result is incendiary – a lusty romp concerning repressed desire, the seedy underbelly of organised religion and the question of whether it really matters if communion is administered at a church or between a lover’s thighs. 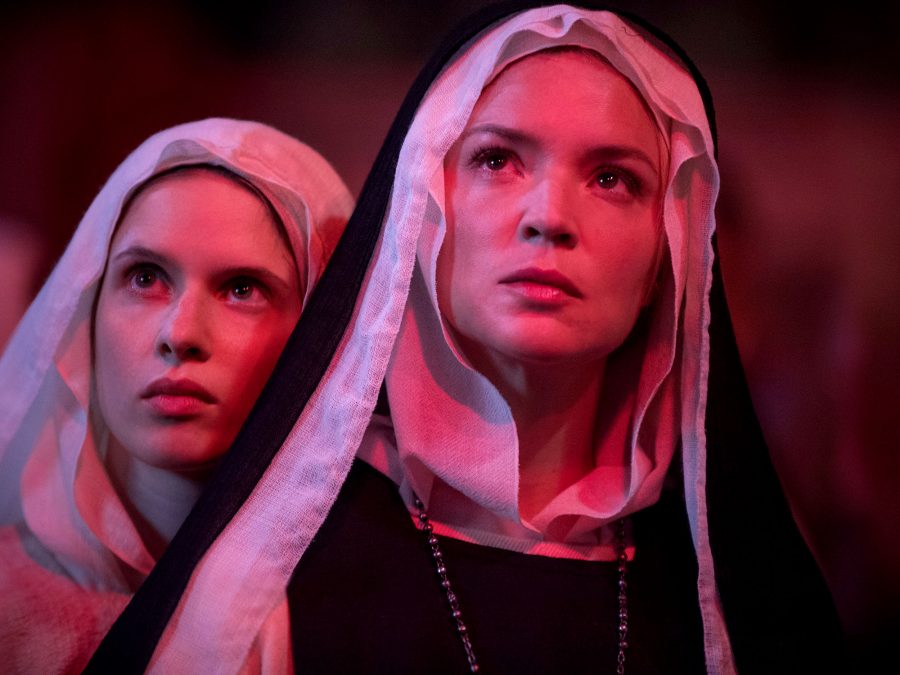 Unabashedly explicit and mischievous, Benedetta succeeds largely due to its committed and magnetic cast. Efira’s volatile turn in the title role is one for the ages, presenting us with a woman we can’t take our eyes off, never quite deciding if she’s a false prophet or blessed messenger.

Meanwhile, Charlotte Rampling delivers her best performance in quite some time as the icy Abbess, while the Church itself is presented as a tool for financial and political dealing rather than a sanctuary to commune with God. The film’s satirical slant, combined with the chemistry between Efira and Patakia, create fireworks, and while similar tales of same-sex love under trying historical circumstances remain predominantly wrought and po-faced, Benedetta has a real sense of humour.

So yes, much will be made of the ‘lesbian nun sex scenes’, but there’s so much more at play: cheerful disavowing of oppressive dogma; and cheeky suggestions about why the city of Pescia was able to avoid the plague.

This is a cinematic spectacle that’s sexy and grotesque in a way films just don’t seem to dare anymore, evoking Ken Russell’s The Devils and, of course, Verhoeven’s much-maligned (but eventually reclaimed) Showgirls. For those with little-to-no faith in a higher power, Benedetta is a delicious, visceral provocation, one that revels in the temptation to sin and sin again.

Efira is on top form; everyone else is having a blast.

A cheeky tall tale from a master provocateur. 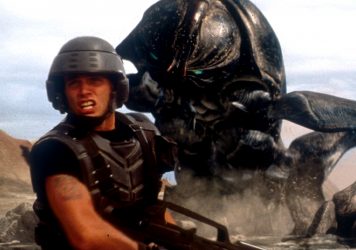 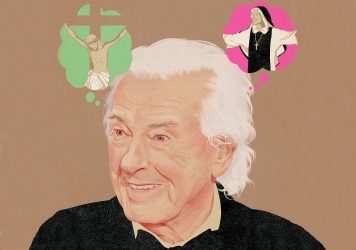