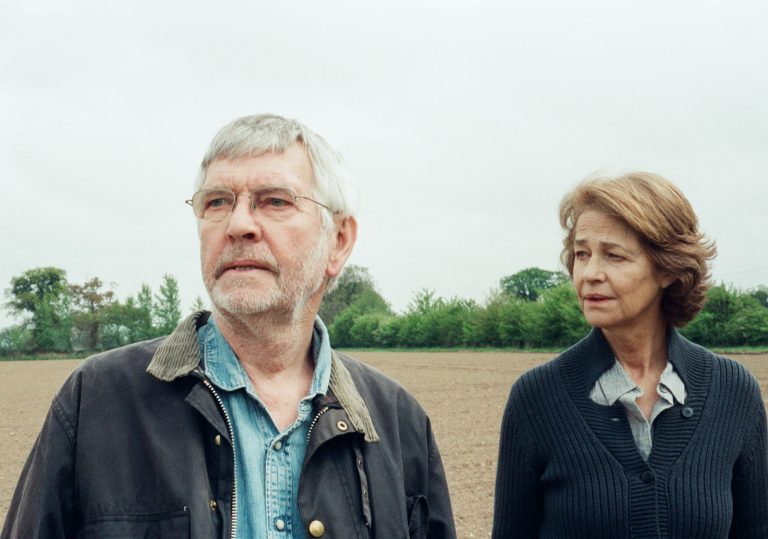 Will Andrew Haigh give older folks the naturalistic relationship drama they deserve?

Feels like a story that was whirring long before the film began.

Dense with insight and caution on how to live a long life with love.

Andrew Haigh burst into the film world in 2011 with Weekend, a naturalistic chronicle of two twentysomething men whose one-night stand morphs into a meaningful connection.

His follow up, adapted from ‘In Another Country’, a short story by David Constantine, is a deep-rooted depiction of intimacy that follows the everyday mechanics of love, laying bare its side-effect of vulnerability. This time the couple are in their late sixties and seventies, creating the extra thematic layer of how the passing of time – and the prospect of more passing of time – shapes individual concerns within relationships.

Charlotte Rampling and Tom Courtenay as Kate and Geoff Mercer are a screen couple for eternity, substantiated by friendship, kindness and the easy mockery that comes with comfortable co-habitation. They live in a cottage on the Norfolk Broads, childless but with a dog that Kate walks every morning. She strides by fields with the air of a woman in sync with life’s releases. She returns home to find Geoff – who is older and more housebound – staring agog at a letter written in German.

The film begins on a Monday. On the coming Saturday, the couple are planning a party to celebrate their 45th wedding anniversary. It’s an overdue festivity, delayed by Geoff ’s medical complications, and intended as a sweet autumnal highlight before the decay of winter sets in. But before the party, the information in the letter causes a crater to open between the couple, spitting out questions that causes conflict in an engagingly natural and increasingly disturbing style, creating a seismic shift in the plates that underpin their domestic bliss.

The letter communicates that a body has been found belonging to Geoff’s old flame, Katia, whom he knew 50 years ago, before he ever met Kate. Old relationships are not infidelity unless a partner is living in the past. 45 Years shows a man pulling away from his surroundings to become lost in time. Is this prompted by unresolved feelings for Katia or is he nostalgic for his youth? This single melodramatic event functions as a perfect metaphor. Katia’s body has been preserved by ice in the ravine where she fell. She is forever 27, like a dead Dorian Gray taunting Geoff in his handsome but white-haired and bloated form.

Rampling’s piercing eyes and physical alertness add calculating layers to a character patiently tending to a shocked spouse. As Geoff shuts her out by taking puffs on the drug of memory, Kate’s autopilot loyalty is challenged by doubts that overwhelm her like music filling a room. A scene in the loft amid a whirring slideshow verges into supernatural Rebecca territory as a horrified Kate shares the screen with the ghost of possibilities past.

Tom Courtenay is her perfect complement as an emotionally lurid man, who may be shambling sadly through unresolved personal mysteries but who is still full of admiration for his wife. In the build-up to the party, scenes of shared tenderness become increasingly offset by scenes of quiet conflict. Haigh leaves it up to the viewer to decide which deposits from their shared bank of experiences will have the most weight, although the final shot evokes a pure shiver.

Will Andrew Haigh give older folks the naturalistic relationship drama they deserve?

Feels like a story that was whirring long before the film began.

Dense with insight and caution on how to live a long life with love.