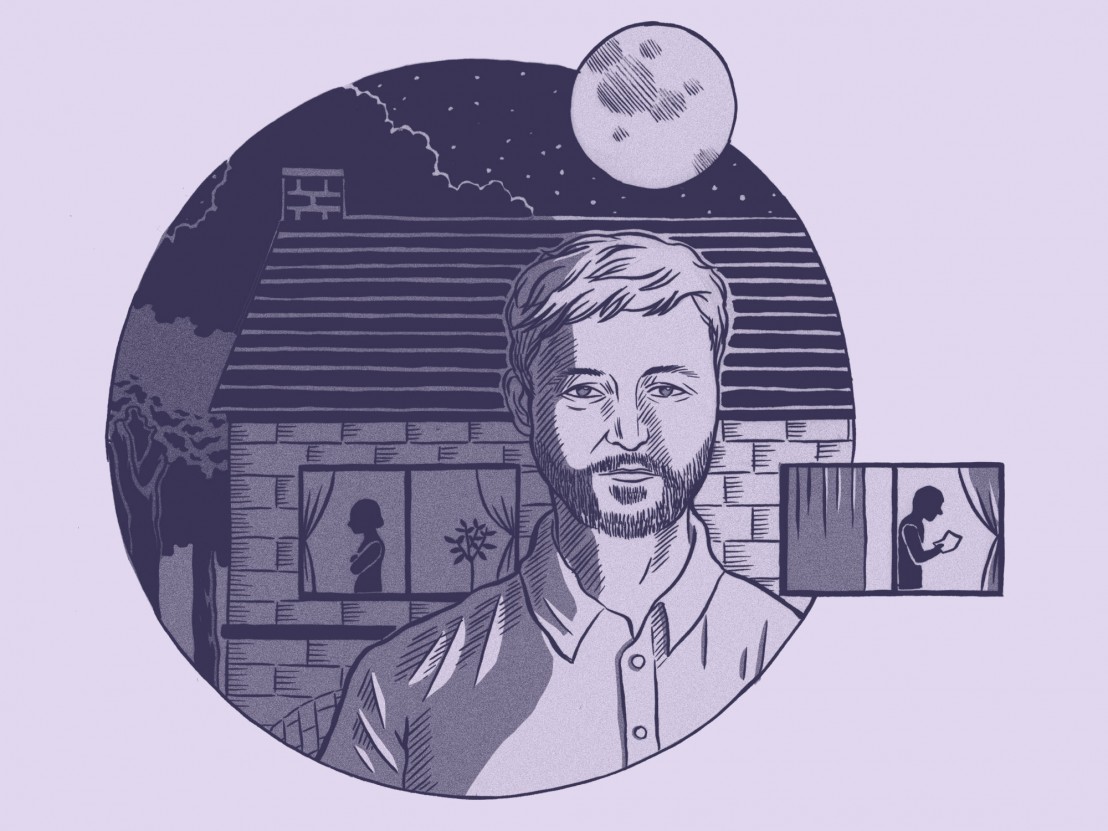 45 Years may only be his second fictional feature film, after 2011’s Weekend, but British director Andrew Haigh has already established himself as a man who creates characters that feel ripped from the real world. In his latest, Charlotte Rampling as Kate and Tom Courtenay as Geoff conjure up a marriage that is rich with the weathered patterns of a shared life. LWLies found Haigh to be a good-natured and thoughtful conversationalist when we Skyped him in San Francisco. He talked about empathising with his characters, the necessity of obsessive focus and the difficulty of balancing a creative life with a normal one.

LWLies: What are all the stages you go through and how long does it take to create characters that feel so real and so lived in?

Haigh: It takes me a long time. It’s funny you say that because, I know that sounds so filmmaker-y, but I do feel that they are real to me. I would never want to make a film where I don’t deeply empathise with everybody in that film. I completely empathise with Kate and I completely empathise with Geoff. They are like conversations that I would have in my head, almost like two sides of the conversation. To come up with the characters I just spend a lot of time thinking about who these people would be, trying, I suppose, to put as much of myself as I can into those characters. Even though I’m not a 69-year-old woman or a 77-year-old man, I feel like I understand the struggles that they are going through in trying to understand who they are. I always approach all of my characters on that basis of trying to make them as real and complex and messy as possible.

So are you talking to yourself in the street and in the bath?

Maybe not on the bus but before I write anything, I just kind of live with the characters for a little bit. For me it’s just working out what type of books they would read and what music they like, their politics, their philosophy of life and all of those little things that define us. Where they would like to go on holiday? The things that they would prefer to do. I think if you build up enough of those smaller things, suddenly the character comes to life and it’s just a lot easier to write under those circumstances.

To immerse yourself so completely in a world that doesn’t exist in order to then render it cinematically you probably have to shut out the actual world to a fairly significant degree. What are your techniques for blocking out the real world so that you can build your own one?

I think it’s very true, when you’re trying to create something you do have to do that. I don’t know how I do it but I do do it, basically by not seeing anybody or ever going out and just staying indoors. Then, when I’m shooting all I think about is this world that we’ve created. It does take an enormous amount of focus and energy because, you’re right, I want to create something that feels very real and lived-in but of course it’s still not real, it’s a fake construct that you’re building. I just try to do everything to try to make it feel like this is the real world and this is something that is true.So you have to make a sacrifice which is everything else that’s going on, you have to push it back?

Yeah and I also think it’s the hardest thing about. It’s probably the same for lots of people that are writing books or making films or artists or whatever it is. Your creative life is so different from your normal life of doing your washing and going out and having a drink and doing things that you do with your life. They’re always in conflict with each other. I find that a hard thing, sometimes, to bring the two together. You get so focused on a project that the rest of your life just falls apart and you don’t give it the time that it needs. There’s no point having a successful creative life and then having a failure of a real life so it’s trying to bring the two together.

Exactly. And it’s hard for the people that are around you. I think it’s hard for my partner. Every time we have dinner I’m talking about, ‘Oh, you know, I’m thinking this about the character,’ and, ‘What am I going to do next in the new film?’ and it must be infuriating. I know it’s infuriating but I can’t find any other way to do it than that. You have to let it completely overwhelm you, for me anyway, to be able to try to make it work.

Your work is the Katia in your relationship.

Yes, interesting. The thing is, what really struck me about the original short story, ‘In Another Country’, when I read it and what I wanted to do with the film, it’s like, you can go through life and everything’s like, ‘Oh it’s fine. It’s all great. It’s fine.’ Then there’s just those things that happen or those moments or those days when you just look back at what you think your life could have become or your hopes and aspirations when you first met someone in a relationship and it can be really crippling to see how it’s actually turned out. It’s very easy with a relationship as well to think, ‘This has now come to define my life for the last 10,20,50 years. Have I made the right choice?’ I think if you start questioning all those things: ‘Did I make the right choice with this person? Should I move to this house? Should I have taken this job?” your life can suddenly crumble at the seams. It’s a very unnerving thing, which is why most people don’t even try to do it. Most people will go through life with their blinkers on and not think too much about the decisions that they’ve made because it can be too much.

But the flipside of that is that as you go through your life you’re accruing more and more of a past as well as things that you didn’t do. One read that I took on Geoff is that, in the time he’s looking back on he was a healthy and active young man and he’s nostalgic for himself as well as for the choice he didn’t get to make.

I never really felt that the Katia thing was ever about her, not for either of them. It’s about Geoff looking back at a period of his life when he was filled with hope and filled with excitement about what his life could become. Now he’s got to a stage where he’s retired, he doesn’t really do much with his life. His job never became what that he thought it would and I think that shakes him to his core and I think it is hard. The truth is that as you get older you realise that you have to make compromises, that your wild dreams of youth are not truthful and also you get enjoyment from those other things. You don’t have to constantly be thinking, ‘Oh my god, I can be this, I can be that.’ Sometime all you actually want is to sit with someone and watch TV and eat a takeaway and that can be just as exciting as travelling the world.

Yearning for drama is such a trap but it’s so seductive.

It’s so seductive. The biggest struggle in most of our brains is between freedom and security. Those two things are constantly in battle with each other. You crave this freedom, whatever shape that takes but at the same time, you also crave security. I’m in San Francisco at the moment, I’m working on something else. I’m like, ‘It’s amazing. I’m in this new city.’ Then the other side of me is like, ‘I’ve been living in short-term lets for, like, the last two and a half years and, you know, I’d like a house,’ so you’re constantly in battle with yourself about the things you want. I think that’s definitely what Geoff is experiencing. It’s that freedom versus security and what actually is the important thing?