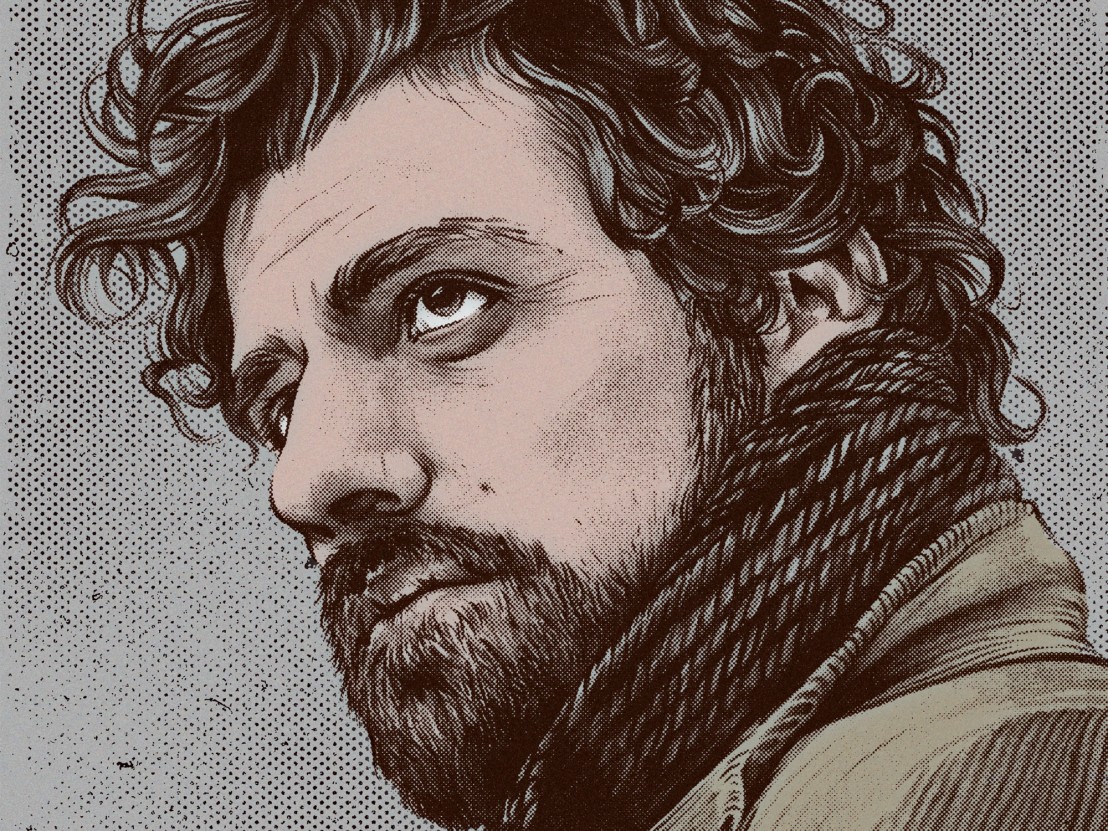 “I’ve been playing guitar since I was about 12 years old. I grew up listing to a lot of music. My dad’s a musician. He constantly had Cat Stevens and the Beatles on in the background. So I had music all around, and was in really bad bands of all shapes and sizes and genres for long time. They were never folk bands, though. I would always write little sentimental acoustic picked songs, but they never really made it into rotation. It was mostly hardcore and punk bands. Paper Face was the soft rock band. Petrified Frogs. The hardcore band was called Closet Hetrosexuals because we all had long hair and everyone thought we were gay. There was a ska band called The Worms and then there was the Blinking Underdogs which was a punk band. My current band is called Night Lab. I love to play music, but I think a lot of this was for the girls, if you know what I mean?”

“At 13, you’re too young to decide what you really want to do in life. At that age, I just wanted to do everything. I wanted to play guitar. I wanted to make little movies. I wanted to act in plays. I couldn’t separate all that. It was just all fun. It was only when I got to college age and I was accepted into Juilliard that I saw acting as a legitimate thing. I couldn’t believe people would pay you for that. The financial side of things appealed to me at the time, which I guess is what Llewyn Davis is about in some respects. So I thought what the heck, I’ll leave the Blinking Underdogs for a while and go study acting.

“Ironically, it was at Juilliard where I really learned to sing. I wasn’t a very good singer before. My dad was always watching my bands and saying, ‘you gotta get a new singer, kid.’ So they taught me how to use my diaphragm, fill the lungs and do all sorts of weird stuff. And then when I left I found I had to keep playing music. It had become a part of me. What’s crazy is that in the last three years, all these things are fusing together again, just like they did when I was 13.”

“Here’s a crazy story. I was doing this really small movie and there was this guy in the scene, he was an extra, he’s in his sixties and he’s playing a drunk in a bar. There was this guitar just sitting there on the set and in between takes he picked it up and started playing. So I asked him what his story was, and he said that he was a guitar player from New York. So I told him that I had this audition coming up and that the part was based a little bit on Dave Van Ronk. So he says that he played with Dave Van Ronk. And then he told me to come by his place, and I asked him where that was and he told me that he lived above the Gaslight on MacDougal Street and that he’d lived there since the’70s.

“It was like this time capsule. He had these stacks of records and guitars all over the place. And he doesn’t start playing Dave Van Ronk, he starts playing the stuff that Dave Van Ronk was listening to, like the Reverend Gary Davis and Lightnin’ Hopkins. And then he introduced me to Dave Van Ronk’s widow. And this was all before the audition. So I felt this has to happen. It was meant to be. So then I started playing with him. I’d go along to coffee houses and open up for him and we would share the basket. And that really immersed me in the whole scene and allowed an organic folk sound to come out.”