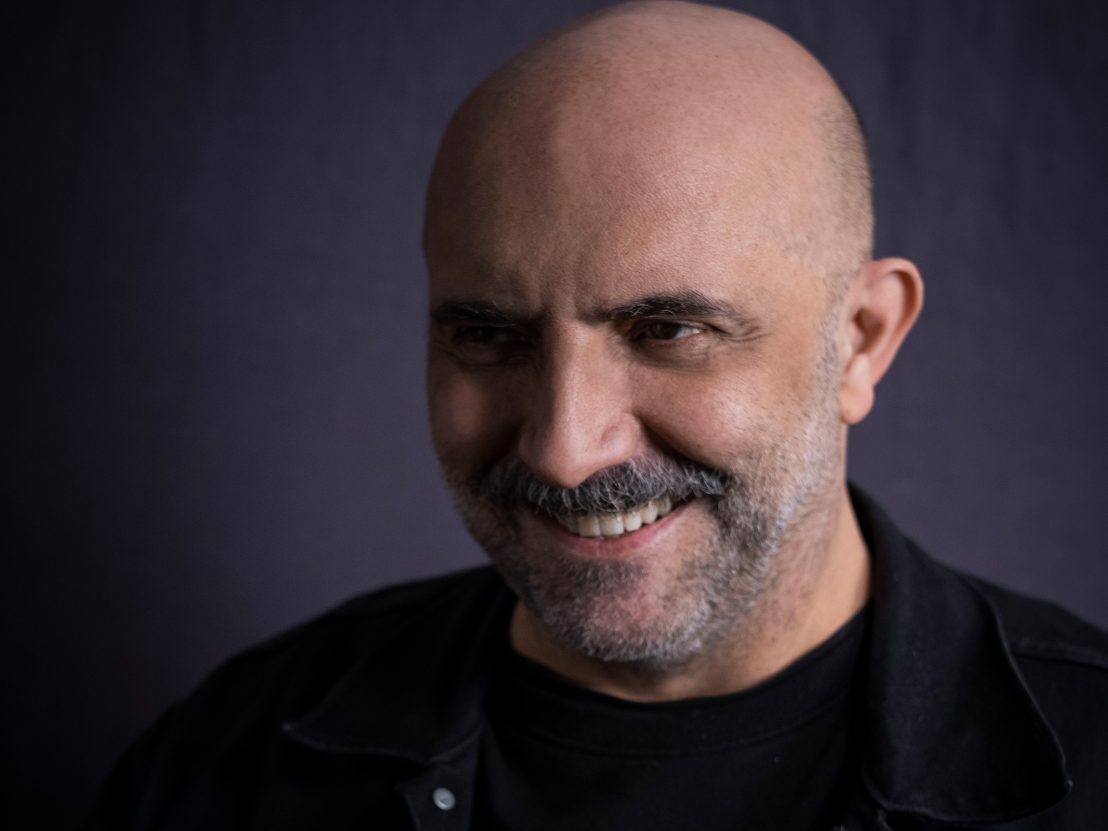 Gaspar Noé: ‘Vortex isn’t about the death of cinema, but its evolution’

The Argentinian enfant terrible on death, sex, his mature new film Vortex and why making TV shows isn’t worth his freedom.

Gaspar Noé’s latest film, Vortex, charts the final days of an elderly couple played by French actor Françoise Lebrun and the godfather of giallo, Dario Argento. She is a retired psychiatrist and he is a struggling author, and we watch as they succumb to various ailments in their ramshackle Parisian apartment.

While Vortex is Noé least overtly provocative on feature paper, it reveals itself just as much of a stupefying experience as his other creations, due to its extremely realistic split-screen portrayal of ageing and its consequences for those who are left behind.

LWLies: You suffered a near-fatal brain haemorrhage in 2020. Was the idea for that film with you prior to your medical experience? Did your incident influence it?

Noé: I had it for many years. I always thought I wanted to make a movie about an old character and when I shot Seul Contre Tous in 1998. Its star, Philippe Nahon, was 30 years older than me, and now Dario Argento is 30 years older than me. I get attached to older characters. My father is 88. He’s extremely intelligent. He writes all the time. The character of Dario is kind of an extension of me, my father, Philippe Nahon, all these people that have been close to me.

When did you first meet Argento?

At the Toronto Film Festival, 30 years ago when I was showing Carne, in 1991. I have a photo of that night. He told me he would be my co-producer in a future film, and of course it didn’t happen but we stayed friends and every year we would see each other in different festivals and I became really close to his daughter who by the way helped me a lot to convince him to play in the movie. We have a very friendly relationship.

I would say the one that I’ve seen the most is The Bird with the Crystal Plumage. But I love Deep Red, I love Suspiria, I love Inferno.

The book that Argento’s character writes, Psyche, is it imaginary or based on something?

Psyche sounded to me like a very good title and I wanted to use it for Climax. So the shooting title for Climax was Psyche, because it’s a psychedelic movie. The German girl in the movie who spiked the sangria with LSD was called Psyche. What I was worried about when the movie was close to being released is that if I keep the title as Psyche everybody would understand that it was her who spiked it since the beginning. But I thought that one day I’d be able to use the title and when I was shooting this movie I didn’t know what title I would use. On the shoot everything was labelled ‘Dementia’ but then there’s an old movie from the 50s, a really good one, called Dementia. Psyche was perfect for his writing because he’s writing a book about dreams and cinema.

The way the film evolves into a poignant, devastating commentary on how rapid life moves on after one’s gone seems deeply personal to you.

In the movie there’s three deaths; the death of the father, the death of the mother, and then the death of the traces, the footprints of their life. At the very end, on the floor there’s the book he was writing, Psyche, and it’s going to the garbage. I had three deaths around me these last two years that were very close. The father of Lucile, my life partner, died. Philippe Nahon, the actor from Seul Contre Tous died from Covid. Then Fernando Solanas, the film director, he was the best friend of my father, his son was my best friend, he was an uncle and a mentor, I started working in cinema with him. I saw those three people die and thought about heritage, what to do with all the belongings of those people. I was surrounded by death and its consequences. When I did the movie it felt like the most natural thing because I was in the middle of that state of mind.

Amour by Michael Haneke feels like it would work as a double bill with Vortex. It’s another film that depicts the heartbreak of watching your loved one fall victim to age-related conditions.

I saw Amour at the same time my mother was dying in Argentina. Euthanasia would have helped her but it couldn’t happen. I’ve never cried so much watching a movie in my life. What I liked besides the fact that he got the Palme d’Or, was that finally there was a movie dealing with a subject that’s very universal. Something that touches every family. That story was the story of my family. A movie like Amour opened up the doors to represent the same kind of situations that are extremely universal. I wasn’t thinking of Amour when I made this movie, I was thinking of situations with my mother, my grandmother, the death of these three men last year… The inspiration was life itself, not another movie.

My father said that this movie is the best thing that I’ve ever done because it reminded him of situations that are probably the most dramatic moments in his life. I know that some people I know who love transgressive cinema came out of this movie and they didn’t say goodbye to me and they called me one week later saying that they were in such a weird state of mind… It’s extreme in the portrayal of ageing. 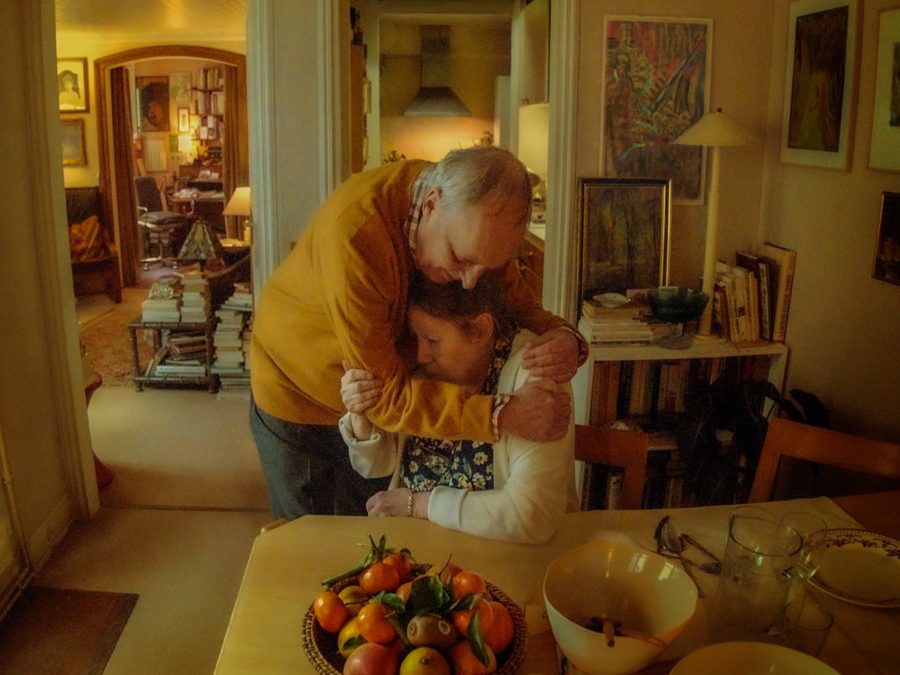 Is this also a film about the death of cinema?

It’s not about the death of cinema, but about its evolution. Movie theatres have disappeared. In the centre of Buenos Aires, there used to be 60 cinemas, now there are two left. The remaining are empty because everyone is watching from platforms.

You mostly speak about films, but what about TV series?

I have many friends who are addicted to TV series and they can spend the whole Saturday or Sunday watching 10 episodes in two days. I don’t have that addiction. I have barely seen any TV series. I saw a few when I was a teenager. But besides Chernobyl, I don’t think I have seen one single TV series in the past 20 years.

If you were offered to do a TV series, how would you react?

I would watch one or two to see how to do the narration over ten episodes of one hour. The commitment is much longer. When you make a movie, you shoot in 15, 25 days. For a TV series, it’s six months of shooting. Six months of editing. I don’t know if I can put myself in that kind of commitment. I like being free to move.

Do you think TV series are a danger for cinema?

No I don’t think so, they’re complimentary. They speak the same language. It depends on the project, some are appropriate for TV. I was offered the TV adaptation of Michel Houellebecq’s ‘Les Particules Élémentaires’ [‘Atomised’], and I read it and thought it was great! But the issue was, who is going to finance the adaptation of a book that contains a lot of pornographic scenes over seven hours? You can circumcise the book for TV, but what’s left? I don’t think any TV platform or channel would have paid for the full, real adaptation.

What’s your advice on how to show sex on screen?

It’s like when you film people fighting, you just put the camera there… It’s all about touching. There was one scene lately that I’ve seen and thought was very sexy, it was the kiss between Penelope Cruz and Milena Smit in Madres Paralelas. There’s a moment in which the two girls are talking and you have this lesbian tension between the two characters who are supposedly heterosexuals, so you hope they’re going to kiss and then it happens. I thought that scene was very touching. There aren’t many erotic scenes that are so touching emotionally, it’s all about depicting sex as a sport and not about a link between humans.