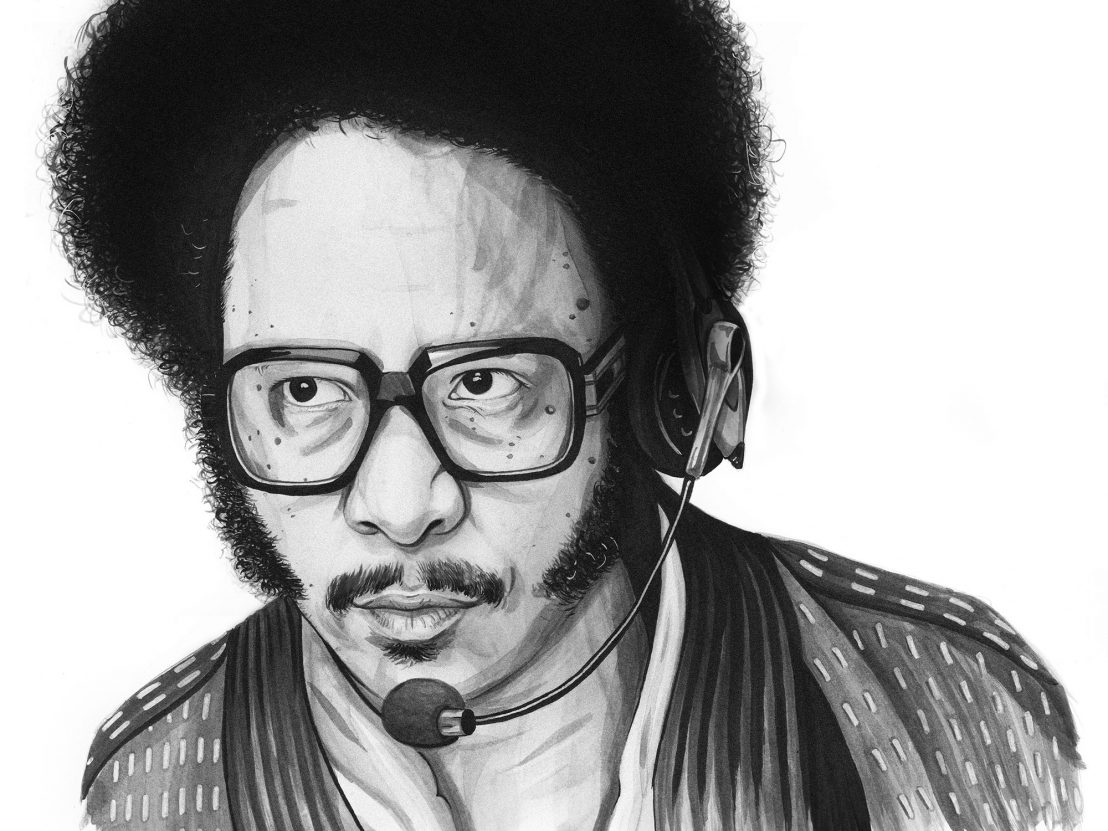 Who would have thought a film about the power of unionisation would be the toast of Sundance? Certainly not Boots Riley, who’s been trying to make his debut film, Sorry to Bother You, since he first wrote the script in 2012. A surrealist comedy about race and capitalism, it’s equal parts fun and fury. We caught up with the musician-cum-filmmaker to find out how his journey to the director’s chair began.

LWLies: Sorry to Bother You is in part based on your own experience in telemarketing. What were you selling?

Riley: I did it a couple of times: first in college, when I was doing just newspapers, and then after my second album. I quit doing music because all my heroes were leading revolutions when they were 19 or 20 and I was wasting my life being an artist. I quit and me and some friends started an organisation called The Young Comrades. I was good at sales so I could do telemarketing one day every couple of weeks and pay my bills that way.

I did telefundraising, which is ostensibly more ethical, raising money for PBS [the American Public Broadcasting Service], homeless shelters, whatever. But for PBS I’d be calling up old ladies like, ‘We want to know how you liked the Coca-Cola commercial in the middle of The MacNeil/Lehrer Report last night?’ And they were like, ‘What?’ So I’d say, ‘Yeah, we’re testing out what we’re going to have to do once we’re not getting enough donations from our listeners. And they’re going to make this decision based on what money we get in this week.’

So you had to sneakily be like, ‘Well, if you don’t donate to us…’

Yeah. It was even worse when I was raising money for the homeless shelters. We were calling Orange County which was a really right-wing area. So I’d be like, ‘Hey, just calling with the survey about your windows and your car. Oh, have you not been a part of this rash of break-ins? Okay, cool, then our efforts are working, because we realise the police aren’t going to stop all these break–ins in your neighbourhood. To make sure that your house doesn’t get broken into, we’ve decided to move all the homeless people from your neighbourhood to downtown Los Angeles and get them into the shelter there.’ And then I’d always get the money.

What kind of impact does that have on you?

It kills your soul! That’s where the movie comes from.

After you wrote the screenplay you turned it into a concept album with your band The Coup. How did that work?

Well, I was hoping through doing that that I could get the record label to just fund the movie. But they weren’t feeling it. Then I hoped that the talk about the album would generate interest for the movie from the film industry – that also didn’t happen. But I had to tour it, because I needed money, so we toured it around, and then I ran into Dave Eggers, who published it in McSweeney’s Quarterly.

Did being published in McSweeney’s finally help get the film made?

It did – not in a direct way, but it made people respect it more. Before, you’re a musician with a script, so people don’t take it as seriously. But if you have Dave Eggers publicly saying, ‘This is one of the best unproduced scripts I’ve ever read,’ then people are like, ‘Oh, maybe I should click on the PDF’. Before that, I didn’t think I was going to get it made, but that got me reinvigorated.

In the film, Cassius doesn’t really care about what his employers are doing or the notion of unionising until it affects him directly. Do you think that’s true about a lot of people?

Yeah, it’s not that people don’t care, but it’s what is going to motivate them to do the right thing. When you realise that being part of a struggle that benefits the collective also benefits you. It’s not like it’s some sort of philosophical thing that you could get by without. That’s the lie we’re told. Most people, their best bet is working with everyone else.

Besides unionisation, the film talks a lot about the idea of a ‘white voice’ and the notion of ‘racial passing’. How did that become such a big part of the story?

It’s just a regular fact of life. As I started writing it, it was just going to be something mentioned. I didn’t know it was going to be a big part of it until I got to the end. The idea of how people negotiate, the idea of race and how that affects their lives – when you’re doing that, especially like when I’m calling people in Orange County, actually using their racism to get them to pay money for a homeless shelter – there’s so many things going on there. You can’t talk about one of these issues – race and class – without talking about the other. Creating racist tropes about black folks is how those in power lie to everyone. Here’s an example: tropes about people of colour are that they have a culture that’s insufficient for surviving in this system: they’re lazy, their family structures are broken, they’re savage, hostile, they don’t have a culture that’s bent towards education.

That’s to put forward this idea that poverty is the fault of the impoverished, in order to hide the fact that capitalism must have poverty in order to work. Poverty is built into capitalism. But in the US, the majority of the working class is white. So then you point a finger at the other – in this case, people of colour – and use them as the example of what not to be. So the performance of whiteness is often a reaction to those tropes. It’s inextricably linked.

Sorry to Bother You is released 7 December. Read the LWLies Recommends review. 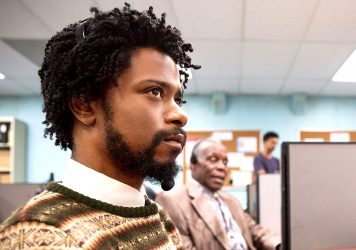