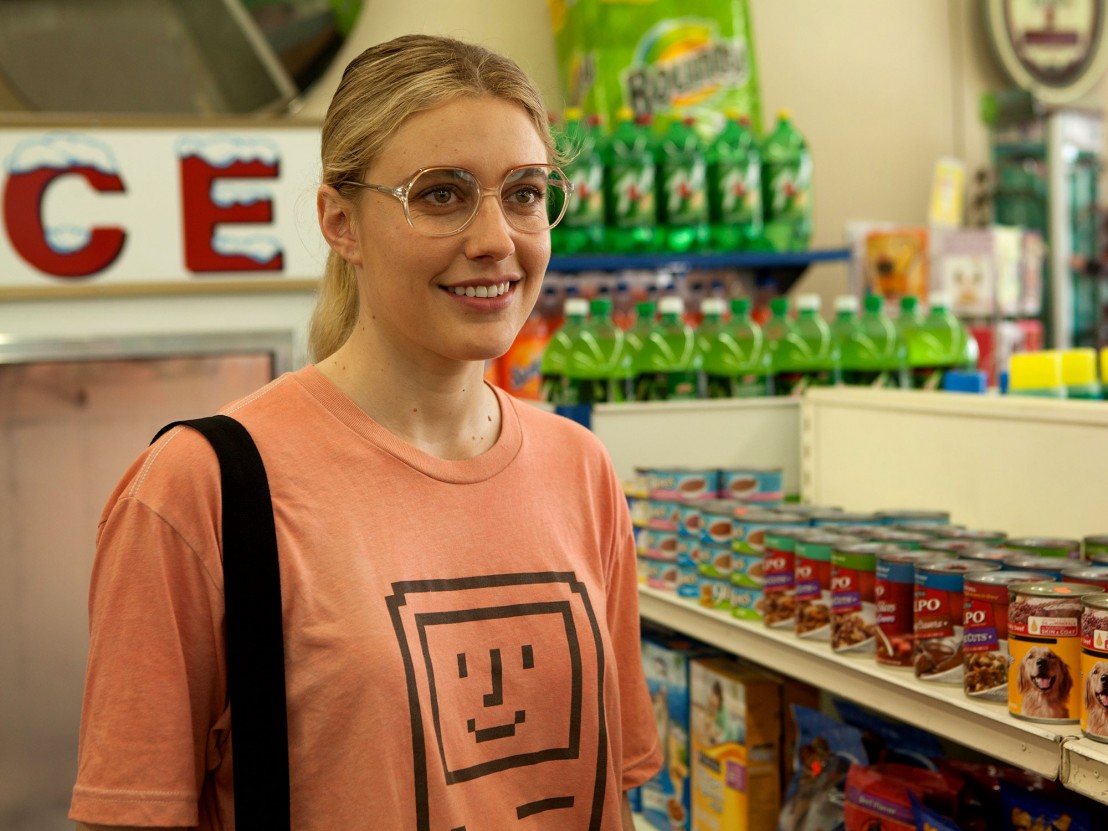 Unashamedly sticking it to Hollywood even in middle age, Todd Solondz, the enfant terrible of US indie cinema, returns with this outrageously dark and witty take on the futility of modern life.

With a blatant nod to his breakout Sundance hit, 1995’s Welcome to the Dollhouse, the title refers to that film’s anti-heroine, Dawn Wiener. It is entirely appropriate, then, that Ms Wiener be resurrected in the form of indie favourite Greta Gerwig, sporting similarly oversized glasses and a forlorn hunch that matches her overly sensitive nature. Wiener, the woman, is a nurse whose concern for her charge isn’t matched by her no-good, similarly grown-up boyfriend (Kieran Culkin).

The dachshund itself begins and ends its on-screen life staring out vacantly from a box. In-between, it must navigate a path through a series of deranged characters, peaking early on with a wonderfully outrageous Julie Delpy, delivering an abhorrent monologue on dog rape and the need for euthanasia. A drawn-out sequence involving dog diarrhoea – scored to the sweet classical sounds of Debussy – adds to the gallows humour that escalates as we head towards the inevitably gut-wrenching finale on a Los Angeles freeway.

Each chapter presents the dachshund with a different master (or mistress), in a seemingly altered environment. There’s a failed screenwriter (Danny DeVito) leaning on Wiener for comfort and companionship. Later, an irascible octogenarian (Ellen Burstyn), faced with a drug-taking granddaughter on the prowl for another handout, momentarily has a fantastical dream unlike anything Solondz has attempted on screen. In the process, she takes her eye off the precious beast, who curiously grows more passive as its apparently directionless journey nears its conclusion. What happens to it will make even the most ardent of Solondz fans grimace in horror.

Wiener Dog’s biggest shock, though, comes earlier – around the midpoint to be precise – when Solondz’s contempt comes roaring to the fore. The narrative inexplicably pauses for an on-screen intermission, in which the dachshund is seen roaming the prairies and mountains of America (in none-too-subtle CGI) with abandon, apparently free from human contact and all its destructive tendencies. If there’s any hope alluded to here, it is swiftly trampled on as the action resumes.

Solondz has hardly shied away from the most depraved of subject matter in his eight films – see Happiness and Life During Wartime to be reminded of that. While Wiener Dog doesn’t quite sink to the depths of those works, his misanthropic view of humankind appears suitably intact, as the film’s motley crew of misfits attempt in vain to escape their shockingly sour lives. That a mentally disabled couple appears the most rounded of this mob sees Solondz in a particularly scathing mood.

Watching a Solondz film has never been a particularly easy experience, yet Wiener Dog offers a droll playfulness not seen since Dollhouse. On the face of it, this seems unlikely to match that film’s relatively wide reach. Yet with Amazon now snapping it up for a seven-figure sum (for a expansive theatrical and VOD release), and with a loveable dachshund at its disposal, anything could happen. One only wonders how on earth Solondz will react, should this latest beast of his take off.