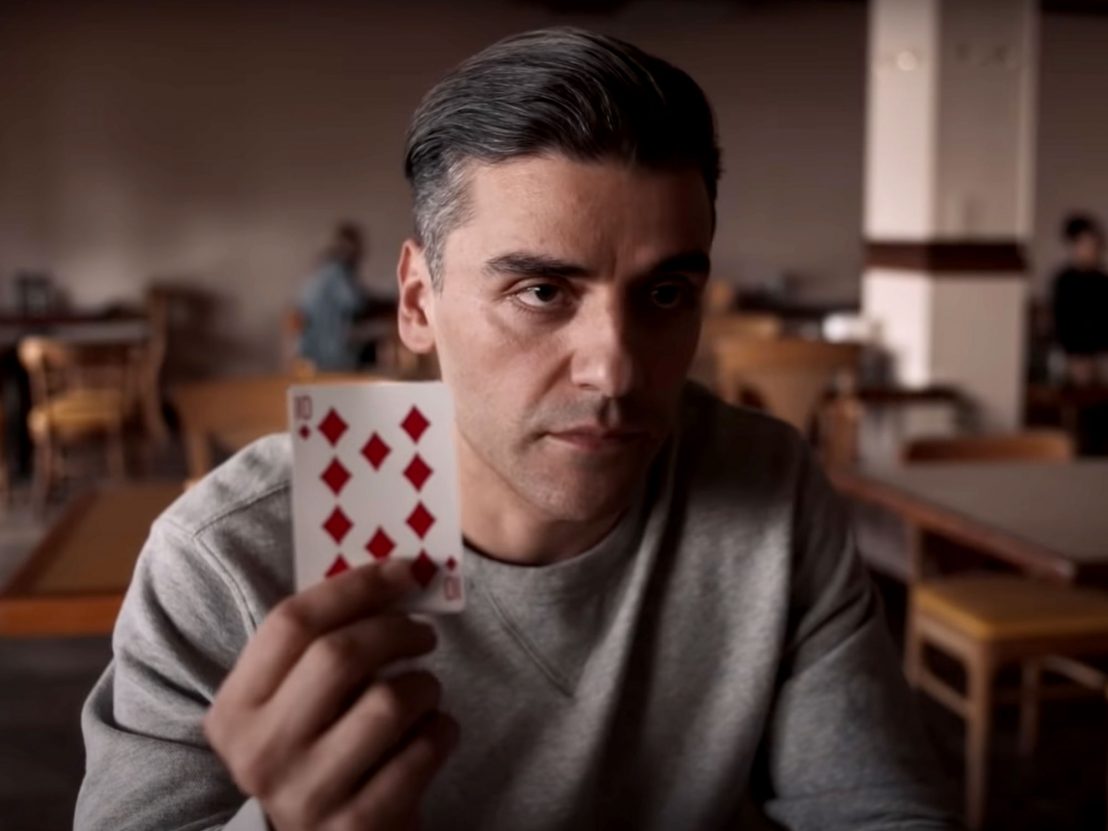 Here are the rules for the Card Counter drinking game. When you see a character take a drink in the film, you have to match them. Tom Collins with Tanqueray. Double Jack Daniels. Double Johnnie Walker. Manhattan. Soda water. Beer. First you get that buzz which turns to mild euphoria, and then the nasties kick in and the sickness starts to rise.

It emulates the experience of watching Paul Schrader’s rollocking new spin on his God’s Lonely Man project, this time focusing on Bill Tillich (aka William Tell), played by Oscar Isaac (easily his best performance since Inside Llewyn Davis), a man with a past who just likes to wrap his table lamps in bed sheets and play a bit of poker.

With his slicked back hair, omnipresent donkey jacket, khaki-green slacks and oversized Ray Bans, he’s a Melvillian ex-con who ended up enjoying his time in chokey where he caught up on his Marcus Aurelius and taught himself to count cards. He now seems to want to emulate the claustrophobic experience of incarceration on the outside: turning every day into a droningly monotonous trip from one tinpot casino to the next where he keeps his head down, bets small, wins small and is able to keep himself to himself.

Visually, Schrader shoots for extreme asceticism, with casino floors made to resemble the gun-metal austerity of a prison rec room. And that’s just how William likes it – no muss, no fuss, in, out and on to the next one, a life of modest goals achieved and repeated daily. That is until he wanders into a security conference and sits in on a presentation delivered by retired Major John Gordo (Willem Dafoe), an old acquaintance from his past. Tye Sheridan’s schlubby twentysomething Cirk with a “C” (aka The Kid) recognises William and passes him his deets. Turns out he’s got crosshairs trained on Gordo and needs some extra capital to achieve his fantasy. 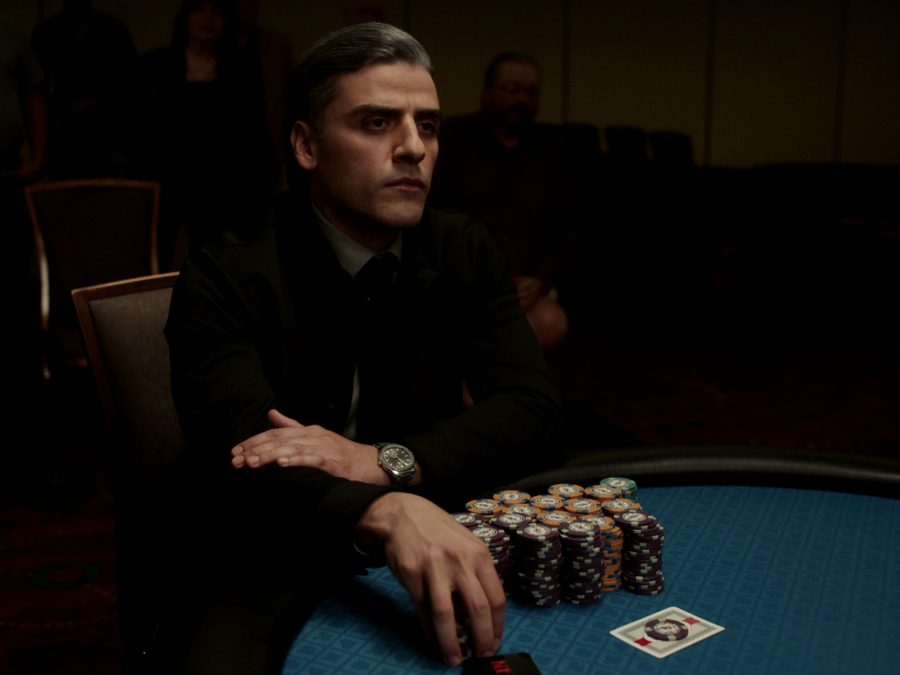 As with most of Schrader’s work – but specifically his excellent 2017 film First Reformed – the French formalist filmmaker Robert Bresson is the key influence on The Card Counter, mainly in the puritanical rigour of the storytelling and the performances, but also in how it grapples with the mystifying and contradictory aspects of morality.

While it appears at some points to be a directly political film about the legacy of America’s deadly incursions into the Middle East, this turns out just to be the context for William’s pressing desire for redemption. And in his Zen-like way, he sees redemption as a twofold thing: he has to save someone else as well as himself, and that someone else is the combustible Cirk.

It’s a supremely compelling tale leavened by its wry humour and a subtle commentary on the essential emptiness of American life. Indeed, the only truly successful characters in the film are one of William’s regular poker opponents, a Ukrainian man styled as Mr USA who, along with a pair of lackeys, chants, “U-S-A! U-S-A!” everywhere he’s seen. Tiffany Haddish turns in a fine performance as a svelte circuit regular, and draws out an unlikely strain of poignancy from the otherwise samurai-focused Bill. Though it never feels like Schrader is blasting someone for creating this awful world, he is saying that people can be comfortable and accepting of suffering and boredom.

A crackerjack finale leads to the film’s bittersweet final shot, which references Michelangelo’s Sistine Chapel fresco ‘The Creation of Adam’ and encapsulates so much about Schrader’s cinema, in everything from way back to the days of Taxi Driver. It’s that idea of transcendence and purity remaining just out of reach. The fingers almost connect, but they never do. 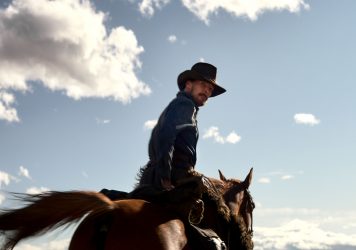