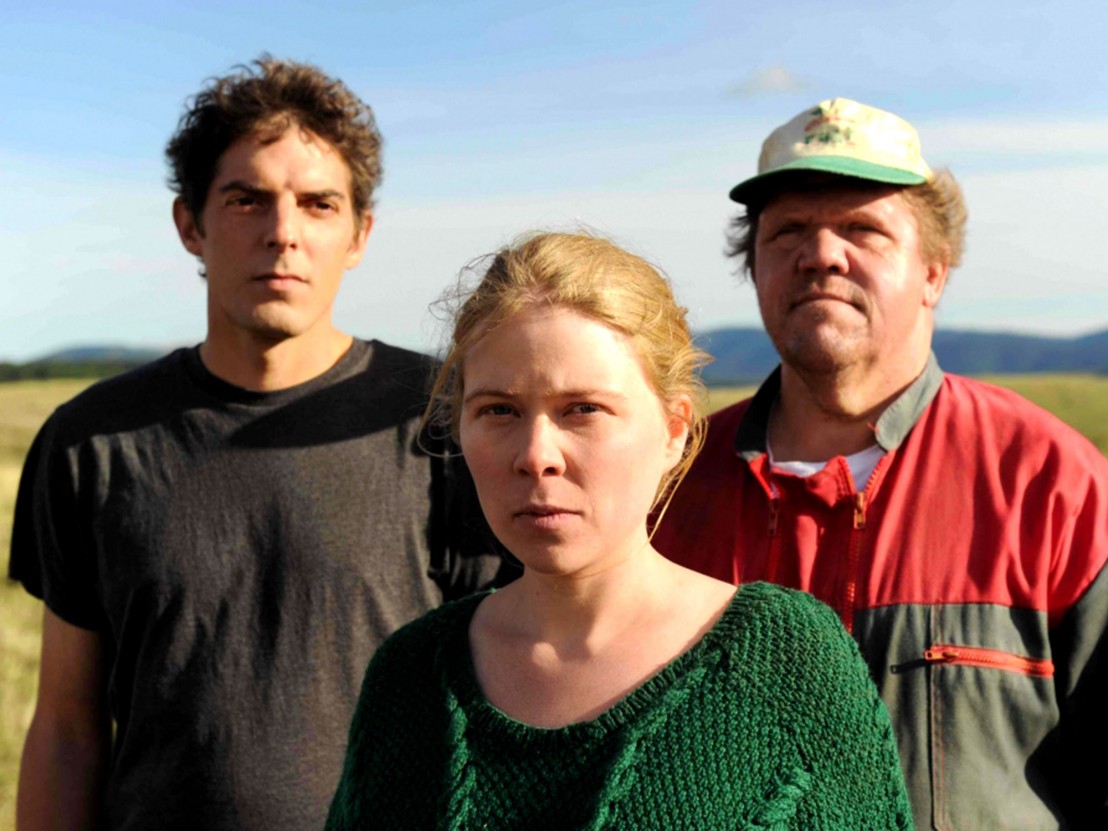 Alain Guiraudie’s previous film, Stranger by the Lake, was the sort of film that could be defined with genre descriptors, making a critic’s life easy. It is a romantic thriller. If you wanted to say more, it’s a beautifully shot, sexually explicit story of lust and murder by a gay cruising lake.

His latest, Staying Vertical, harks back to Guiraudie’s earlier – amiable and strange – character comedies, while retaining the breathtaking assurance at shooting the natural world that made Stranger by the Lake so alluring and hypnotic. Its form may be too meandering for some tastes, but this is a film in which every sequence contains such rich gobbets of poise, humour and elegance, that it makes for a fairly glorious cinematic experience.

Imagine the scene: a man looks out from atop a hill. The camera scans the landscape from his point of view, noting all of the rolling green hills. In the distance, small figures move across the bottom of the screen, where hill meets road. They appear merely as aesthetic details, complementing the vista, until the man puts on his binoculars. The figures take shape as the mother of the man’s baby, dragging a suitcase, with her two boys. They get in a car and drive off. It’s an elliptical and elegant way of showing a woman leaving her man. Each event unfolds with a similar rhythm: establishing shot of the great nature, a seemingly insignificant human detail and then – bam! – the bigger picture.

The way the story flows is so pleasant, almost like a lullaby, that it’s an effort to direct the mind to what it’s all about. The central figure is Leo, the aforementioned man on the hill, played by the delight that is Damien Bonnard. He glides along a country road in his Renault, settling on a cherubic young man who is just standing there, frowning. So, at first, Leo has a predatory edge. It’s not long before he’s fucking a blonde shepherdess called Marie (India Hair), who he meets while out searching for wolves. Seamlessly, they begin a life together. A child is born.

Most films operate by introducing the determining facts of a character, and only subsequently will the plot concern them. Guiraudie gives Leo action before we have any inkling of who he is. The mystery of his identity leads to light tension, and the sense that this movie may take a side-road into darker depths. Bonnard’s face is an ideal host for mystery. He is dark and handsome and carries an enviable confidence and poise, but there is also a sheepish quality that grows as we learn that he is a man hopelessly in the grip of the moment. His deadpan demeanour makes him a flawless performer of physical comedy. The punchline of a chase sequence is so brilliantly effective because of the frantic build-up created by Bonnard’s fleet-footed but clumsy flight.

‘Wolves kill here’ is a sign painted in white on black tarpaulin by Marie’s father, Jean-Louis (Raphael Thierry). Leo is clutching a lamb when he eventually meets a wolf. The wolf is shot frontally – just like the male and female anatomy in the love-making scenes. Bold images are the material from which this film is woven. Little else is constant in a fanciful story about a man going for “the great outdoors – posterity,” a life of peril and experience and trust in fellow travellers ahead of the comfort and status of the job that he spends all of his time avoiding.

Leo is more interested in people than his own survival and treats everyone he encounters with compassion. Whether it’s a homeless man under a bridge or an old man at death’s door, he is willing to do what needs to be done. When Leo really gets stuck in with deathbed comforting, there comes a scene which imbues the head-spinning darkness of a Pink Floyd instrumental with warmth, transforming swirling astral melodies, as someone has their last gasp and something important stays vertical. 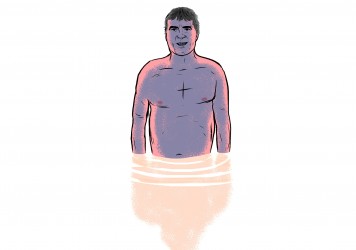