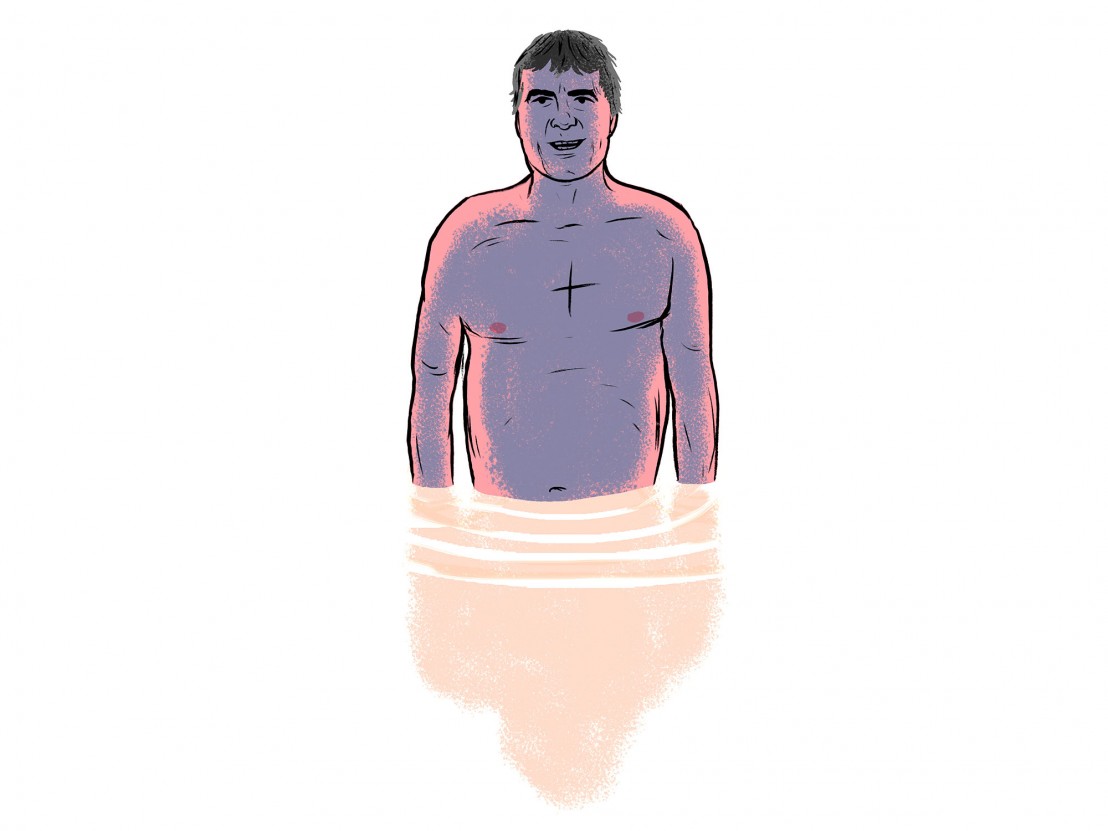 Alain Guiraudie’s Stranger by the Lake is a masterful thriller about an affair that unfolds at a shimmering lakeside cruising spot. At once a lighthearted comedy of gay pick-up manners and a tense drama about the blinding nature of desire, it sees inquisitive Franck (Pierre Deladonchamps) succumb to the dangers of blazing hot Michel (Christophe Paou), an hirsute bounder with murder on his mind. Here, Guiraudie reveals some of the ideas and processes that went into making his extraordinary film.

“If I put this in a truly psychological drama Franck’s attitude would not work. That’s why I worked in a specific way towards Franck’s duality, this contradiction between his desire and his moral equilibrium. The idea was of exacerbating your passions, and the big question of the film would be, ‘How far am I prepared to go to live out my desires?’ I don’t believe I would necessarily go as far as Franck but that’s what cinema does. You can go beyond.

“The idea of the film was to use everything that nature gives us: the light; the sounds; everything that’s there for us to take. And then you ask, ‘How do you make the lake erotic? How do you give it sensuality?’ It’s a question of filming it at the right time, at the right angles, in the right light. There were times when we filmed things we couldn’t use because it looked like they were swimming in a swimming pool. I knew I was going to film naked men and it was one of the bases of the film. I wasn’t that sure of how to film it initially. At one point we did toy with the idea of not filming them frontally.

“I am trying to break down this physical attractiveness hierarchy and give a proper place to bodies that one could potentially consider less graceful. With Michel, I played with the idea of him being between a Greek God and an ultra-liberal permanent seducer. I wasn’t looking for this Australian surfer-type body but I needed somebody who was extremely charismatic but also very, very worrying with something sinister about him. There’s something in the modern world that gives room to the beautiful urban bodies that have everything on offer for themselves in terms of sexuality and they leave by the wayside other bodies that are not of that ilk. I’m interested in making those other bodies erotic.

“Humour is necessary. Generally, when you deal with such big themes as love, passion and sexuality you can get very bogged down by seriousness and I also wanted to be at some points lighter and casual. There is a duality between the comedy and the tragedy and the film is harsher in the end because you’ve laughed and it works also in the reverse. The tension causes the moments of laughter to be franker and more open.

“There’s definitely greater acceptance now of homosexuality, though in terms of the subject of my film you go beyond homosexuality, you’re dealing with desire. I don’t compare my film to Abdellatif Kechiche’s Blue is the Warmest Colour at all. His film is much closer to reality and I can’t not ask the question, ‘Why is a heterosexual guy filming two women making love?’ I know what I’m talking about. I’m dealing with my own experience of sexuality. Whereas here we’re talking about a guy, and there is a very macho side to watching two women lovemaking and there’s a whole market of heterosexual pornographic films for heterosexual men with images of lesbians making love. If you have a heterosexual guy filming feminine love, it’s very different from a homosexual filming homosexual love.”