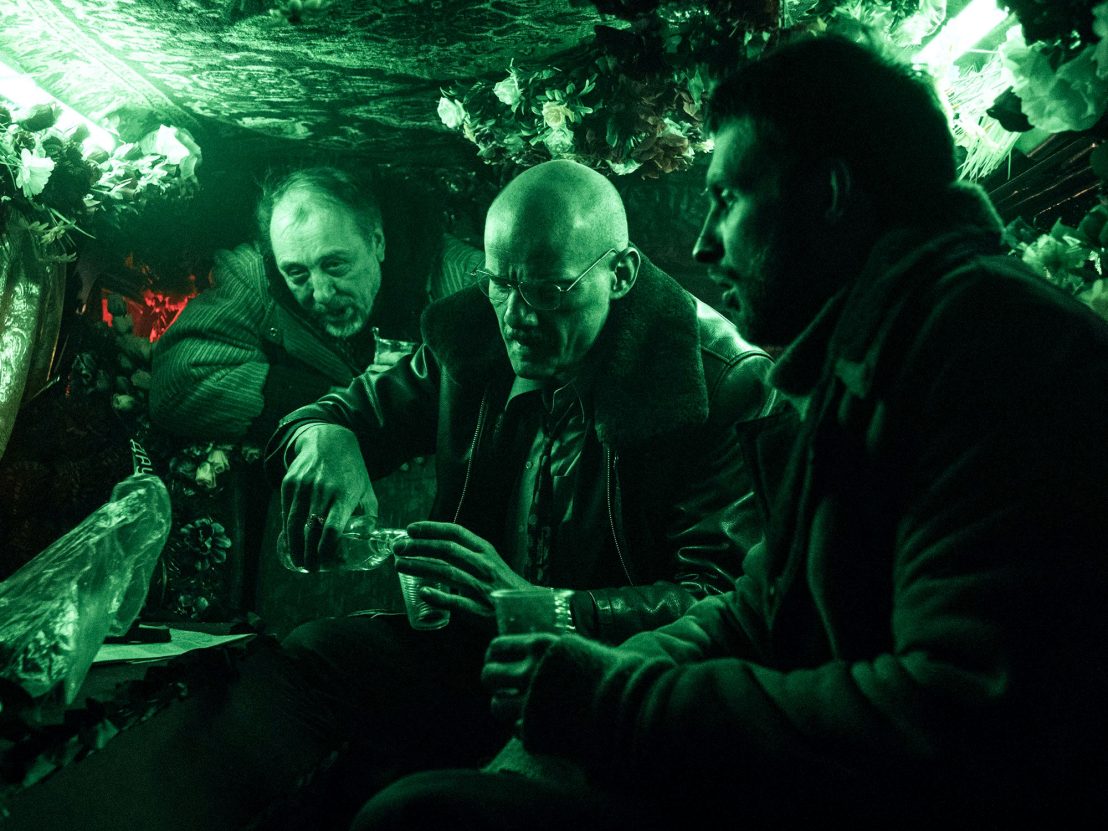 Russian director Kirill Serebrennikov is not at Cannes this year to present Petrov’s Flu, just as he was not here in 2018 to present his previous feature, Leto. In 2018, he was under house arrest, facing almost certainly politically motivated embezzlement charges relating to his role as a director of a state-supported, state-critical Moscow theatre.

Having been released from house arrest in 2019, he is still unable to leave Russia, but is at least doing interviews this time around – and praise be for that, since Petrov’s Flu, which he shot at night while going to court during the day, is at once palpably visionary and abrasively obscure, an intensely expressive work which is also deeply embedded in a Russian context.

Petrov’s Flu is largely exhilarating, although I have no idea what it’s about – it may actually be about Petrov’s (Semyon Serzin) flu. The title character is introduced on a Yekaterinburg bus looking straight into the camera and coughing a raspy, hacking cough. (The film, an adaptation of a novel by Alexey Salnikov, was shot before the pandemic.) It’s the end of the year, and Petrov and his ex-wife (Chulpan Khamatova) are monitoring their son’s symptoms before he’s set to attend a children’s New Year’s concert and costume party. It’s indicative of the kind of film this is that the former Mrs Petrov has a subplot about being a serial killer with superhuman strength, and it actually feels a little bit throwaway.

The narrative expands, virally, to other characters and other timelines, often through rambling long takes lensed by DoP Vladislav Opelyants, whose camera traverses multiple physical spaces and registers of reality in over the course of several single shots (one was clocked at 18 minutes by Screen Daily).

Leto, a sort of true story about the Russian punk and post-punk scene, was likeable, with a nostalgic core and rock-n-roll energy, but frustratingly derivative in all its “freewheeling” filmmaking flourishes; there wasn’t much in it to suggest that Serebrennikov had this much imaginative boldness and originality. Petrov’s Flu is full of several motifs which rhyme across multiple timelines, actors in multiple roles, and magic-realist touches galore, like a singing set of dentures.

The first movement of the film is its most intense, with the invariably dark and grimy frame packed with virulently xenophobic and blind-drunk grotesques, and random acts of well-choreographed random acts of violence. When a brawl breaks out at a library’s poetry reading, the overhead lights strobe on and off because someone’s head is being bashed against the wall right where the light switch happens to be.

This is breathtaking filmmaking, but would be a little hard to take for two-and-a-half hours. Thankfully, Serebrennikov has more tricks up his sleeve. Saturated flashbacks in the style of narrow-gauge home movies take us back to Petrov’s Soviet-era childhood and his own trip to a Christmas concert like the one his son attends; and handsome Leto-style black-and-white widescreen sequences show us the life of the marginal character who ends up playing the Snow Queen of Petrov’s confused memories.

These scenes – and their juxtaposition – bring an unexpected tenderness and melancholy to what is essentially a literal fever dream about contemporary Russia in all its dark, outsized, incredulous glory, complete with a mangy-dog story about a resurrected corpse that threads throughout the film. 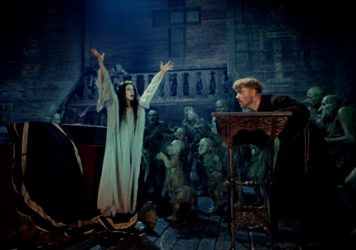 Discover the sole horror film produced during the Soviet era