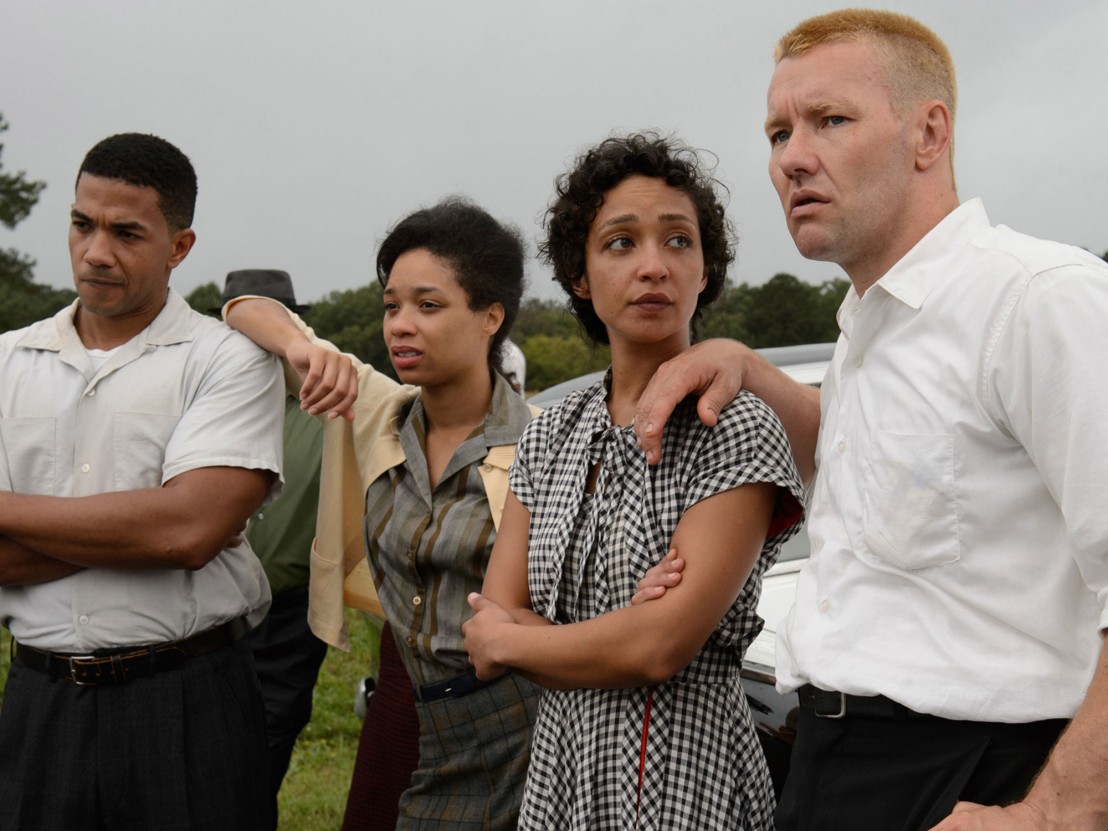 Martin Scorsese is the mastermind behind Jeff Nichols’ fifth film, which is about an interracial couple fighting for their rights in midcentury America. He brought the story of Mildred and Richard Loving (already told in documentary form by Nancy Buirski) to Nichols, who responded: “I think this story can be very successful, but I’m probably not the one to make a mainstream version of this movie.”

Describing what Loving isn’t helps to describe what it is. It is not a stirring mirror to social injustice, in the vein of Ava DuVernay’s Selma, or a chest-beating courtroom drama. It possess all the hallmarks of a passionate civil rights movie, spanning 10 years of incarcerations, lawyers and appeals against Virginia’s anti-miscegenation laws. These laws prevented interracial marriage therefore rendering children of such marriages illegitimate and nullifying the right to inherit land.

Loving stays away from noisy drama, preferring to exist in the same spaces that its subjects were drawn to: quiet domestic harmony and the green, green grass of home. History is shown as a circus that happens at a distance from the real business of living. As their fates play out in the courts, Richard climbs ladders and mends cars, while Mildred keeps house and tends to the kids.

Both are people of few words. Joel Edgerton has turned his his teeth brown and his hair blonde to play a man whose devotion to his wife is shown by deeds. His dialogue mostly consists of grunts. Ruth Negga speaks with her huge brown eyes. Both actors give the impression that for each word they speak, a hundred others have been thought. The lines that make it out have impact.

These peaceful people have their lives spun by the machinations of racist laws after they marry in secret. Marriage is Richard’s way of protecting Mildred after she falls pregnant, although the film would never explain this. We’re trusted to make sense of this subdued film without the need for brash signposting. Loving has tonal similarities to Nichols previous film, Midnight Special, but is far less opaque. Its sprawling silences are upheld by clear relationship stakes, not to mention the elephant-button in the room that Nichols never pushes: social justice.

Michael Shannon makes it five-for-five with Nichols, popping up like a home delivery of light relief as LIFE photographer Grey Villet. With his lolloping walk, avant-garde specs and camera he is entertainingly conspicuous in the serenity of the Lovings’ home. Home is more than where the Lovings live. Home is what is taken away from them and what they are fighting to return to. Home is where they spend time with their family and work on the land. Nichols films the great outdoors – all its greenery, trees, sunshine and orange leaves – rooting his characters in the gentle rhythms of a rural life. These values are glue. Not only do they love each other, they love the same life.

This is not, as Nichols told Scorsese, a film with mainstream narrative touch points. The big peaks are small, playing as flickers of fear or hope across usually composed faces. Nichols holds his couple so delicately within what is typically shown as a brutal time and place. He turns the rest of the film down so that small demonstrate acts, like an arm slung around a shoulder, resonate resoundingly, like a heartbeat heard through a stethoscope.