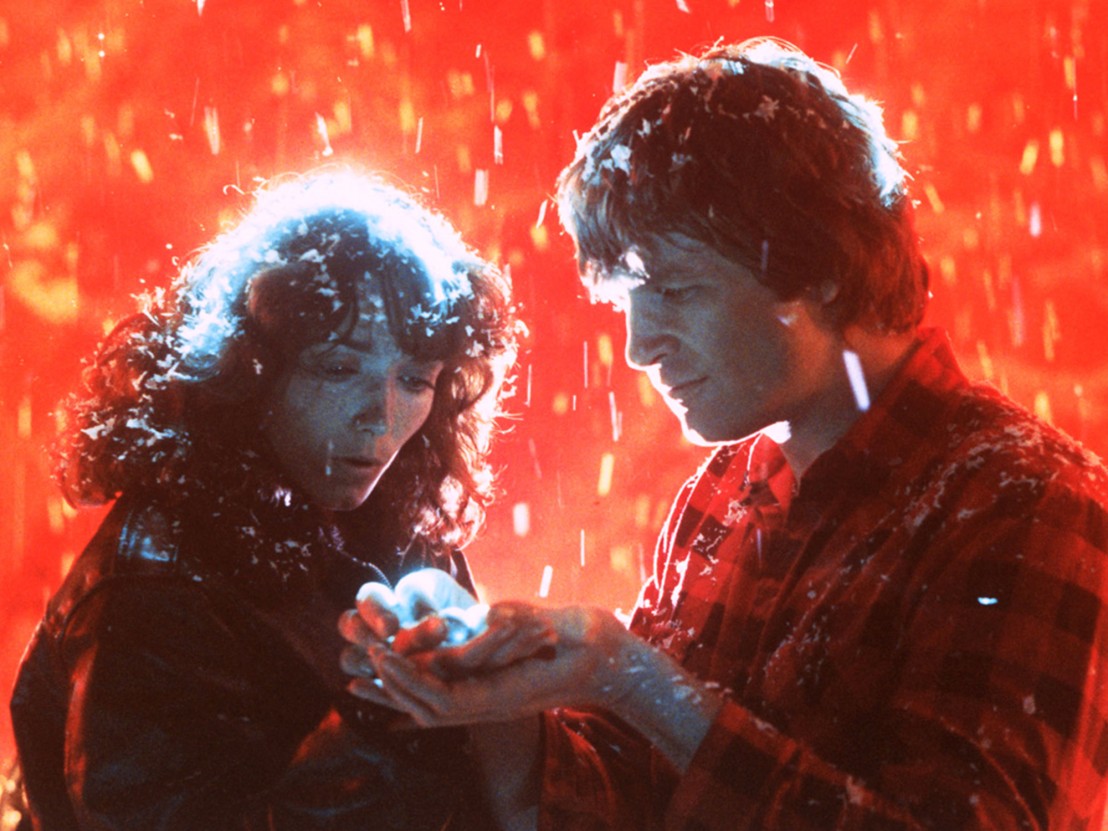 Hope for a better future underpins the atmospheric and sprawling sci-fi road trips along vast stretches of American highway in both Jeff Nichols’ Midnight Special and John Carpenter’s Starman.

We first meet Jenny Hayden (Karen Allen) in Starman sipping on wine in the dead of night, caught up in watching home videos of her late partner. Then suddenly from the skies a being appears – the exact double of the man she longs for. Her grief manifest in the form of her lost love, who whisks her away in a 1977 Ford Mustang Cobra II coupé on a tense and thrilling journey. In Midnight Special we meet a young boy named Alton Meyer, who is on the run from the US government with his fiercely protective father Roy (Michael Shannon) and family friend Lucas (Joel Edgerton). The rules to his existence are shrouded in mystery and intrigue but there’s clearly a lot at stake.

At one point Jenny explains the concept of love to Starman (Jeff Bridges) as, “When you care for someone else more than you do yourself.” This notion of protection runs deep through both films, with Roy putting himself in harm’s way for his son and Jenny doing the same for Starman (essentially a new-born learning the rules of our planet) while also delivering a profound lesson to an alien on the meaning of the word ‘love’. Jenny’s definition can be interpreted as parental devotion and that overwhelming need to shield a child from danger. It’s revealed that Jenny can’t have children but along her journey she discovers what it means to care for someone who is entirely vulnerable and in turn is gifted with a pregnancy.

The powerful surge of responsibility that comes with being a parent is handled with a sense of urgency and melancholy in Midnight Special. It’s a scary realisation that one day the person you gave life to will go out into the world on their own. Roy questions what it means to be a parent (“What if our son doesn’t belong with us?”) and part of his journey is learning to let go. Jenny goes through similar emotional enlightenment as she too understands the need to say goodbye to her departed lover and embrace the exciting potential of tomorrow.

Trust is a major component of both films, too. On first meeting Alton his eyes are covered with goggles and his ears with headphones in order to protect him. He’s reading a Superman comic and asks, “What’s kryptonite?” Alton is ready to face frightening hazards even if the adults cushioning him don’t think he is. Little by little his family allow him to experience new and wonderful things like the sunrise and he comes into his own and gains strength. Jenny, who is at first mistrustful of Starman, comes round to his strange ways. When she is given the chance to leave him and hop on a bus at a pit stop guilt kicks in as she grasps the fact that he is a complete innocent.

Each film implies that there’s an end to the world as the characters know it, as they pack away the past and forces beyond their control take over. But those ends give birth to new and bright beginnings and ideas that are only imaginable in their wildest dreams.