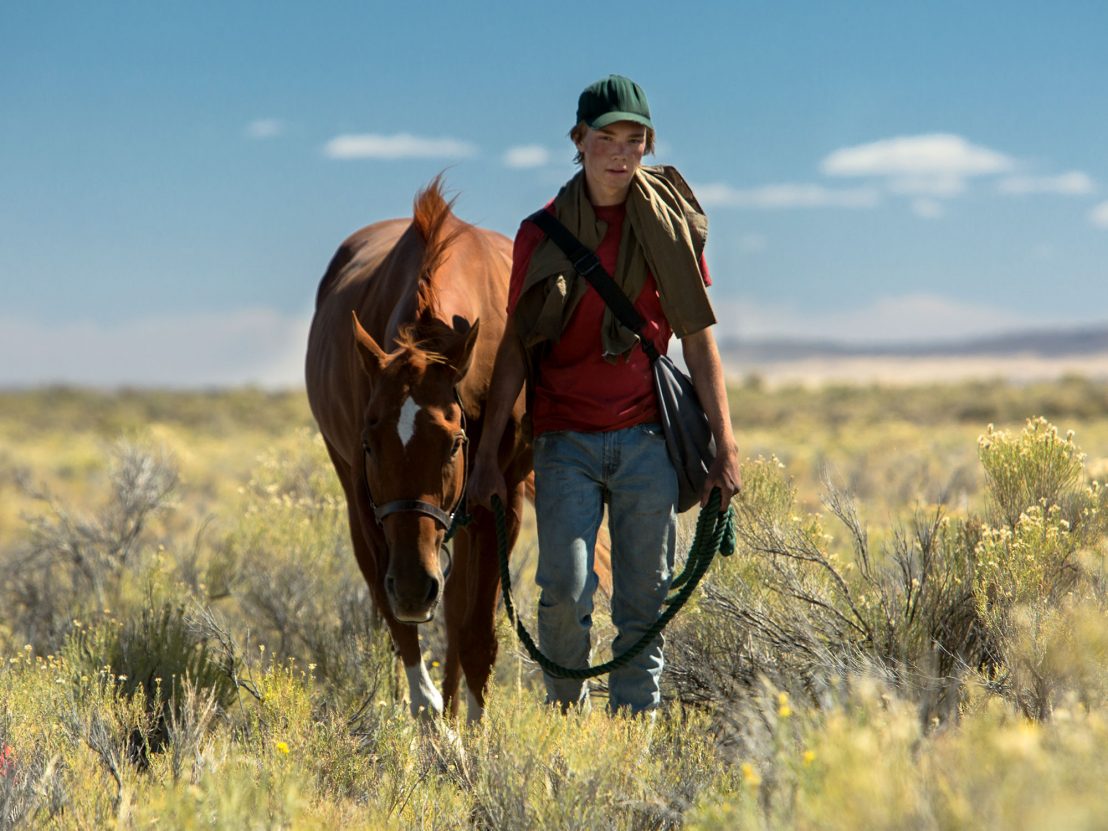 Pretty soon, Charlie Plummer’s image will be ubiquitous. The Boardwalk Empire regular, soon to be seen in Ridley Scott’s All the Money in the World (as John Paul Getty III), has a wise-beyond-his-years quality about him that grounds his nuanced performances. Before hysteria ensues, Plummer comfortably leads Andrew Haigh’s follow-up to 2015’s silver-dollar/grey-pound success, 45 Years.

In Lean on Pete, Plummer plays the troubled Charley, a 15-year-old trying to watch over an alcoholic roguish father (his mother has, we later learn, long since got up and left) in Portland, Oregon. Wandering the streets in search of work, Charley meets the gruff Del (Steve Buscemi), a small-time horse trainer who takes the teen under his wing. All goes well until Charley learns that his favourite horse, Lean on Pete, is to be slaughtered, having outgrown his racing use.

Dismayed by Del’s pragmatic attitude to the animal, Charley proceeds to take off across America with his boss’ truck and trailer, in search of his last surviving relative, an aunt he barely knowns. Along the way he meets a series of down-on-their luck types, some of whom appear willing to help, only to then rob him. The horse, meanwhile, grows weary of being cooped up in a trailer in the hot desert, lending its fate an air of inevitability.

Plummer’s performance, which is never less than assured, helps glue together the more disparate elements and characters of the film. The actor is a fixture in almost every frame – and when he does wander off on foot into the desert, Magnus Nordenhof Jonck’s handsome photography opens up the young lad’s world. Confiding in his trusted horse as he walks (he cannot ride, we learn later), the extent of Charley’s difficult upbringing becomes all-too clear. It is another authentic marker showing us just how easily someone Charley’s age can (and does) slip through the cracks and onto the mean streets of society.

Charley’s journey is akin to a bumpy ramble, with some pit stops more successful than others (he narrowly escapes being arrested and is almost taken away by family services on more than one occasion). But generally, most folk seem to warm to the lad and take him in.

Based on the 2010 novel by Richmond Fontaine frontman and author Willy Vlautin, Haigh’s film isn’t as harsh as it could have been – although there are plenty of unlikeable characters, and the whiff of sex and drugs is never far away. And while it may lack the bite of a work like Kelly Reichardt’s Certain Women (which feels similar in tone), we do get a clear sense of Charley’s predicament, which seems increasingly desperate. When the finale does eventually arrive, it’s with more a sense of relief than a clear resolution.

Lean on Pete may feel a tad too subtle for some, but it’s beautifully crafted – and there’s no disputing Plummer’s acting chops, and that undeniable star quality.