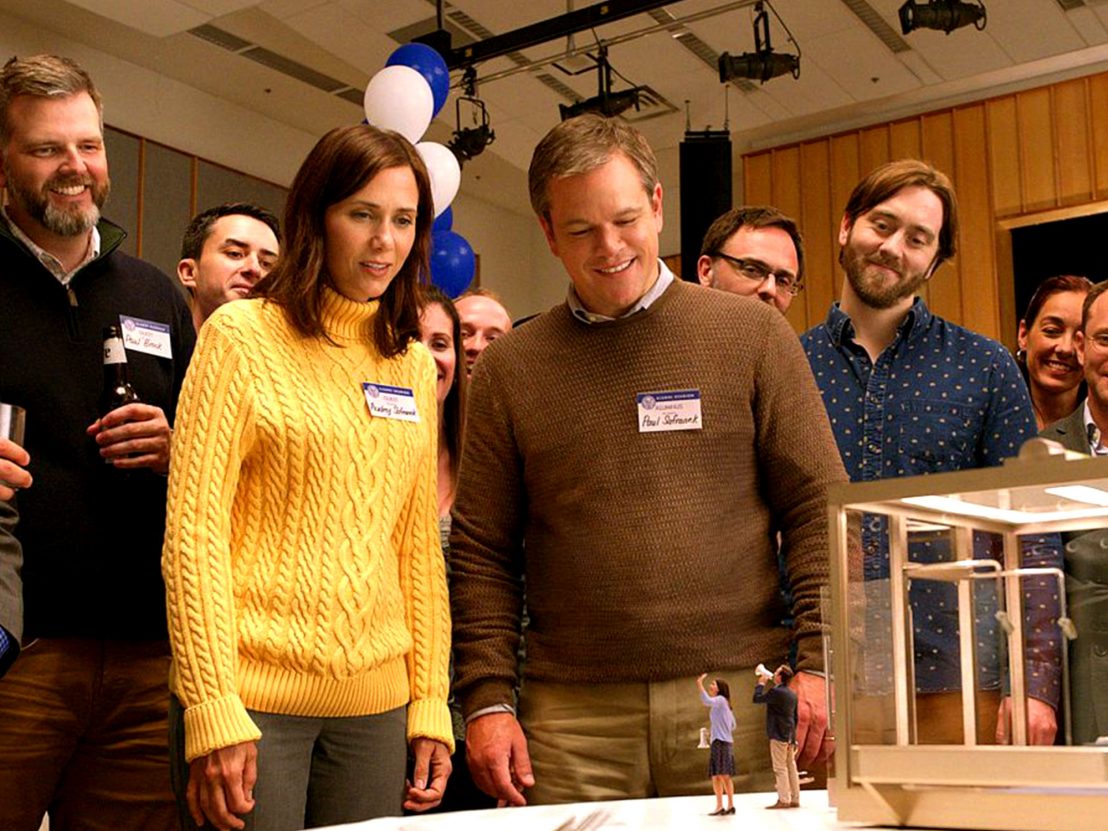 Neatly offering an escapist fantasy far from the grim absurdities of Trump-era America, Alexander Payne’s Kaufmanesque crowd-pleaser ploughs one of his trademark everyman narratives before veering off for a wider look at the future of our planet, with romance and mush thrown in for good measure.

Matt Damon is Paul Safranek, the little man yearning for more, who ditched aspirations to become a doctor to nurse his sick mom back home in Omaha. Mom is ultimately replaced by wife Audrey (Kristen Wiig), who pushes Paul to try a revolutionary cellular-miniaturisation programme pioneered by the Norwegians. ‘Downsizing’ is medically safe, we’re told, and will solve not only the world’s over-population problems, but also the desire to have more. Shrunk to five inches, the couple’s assets are now worth 100 times what they were in the old big, bad world. A new life, as a small, suddenly seems very appealing indeed – and sold, of course, like a win-win package holiday.

As always, Payne explores the plight of the male in contemporary America with ease (as he has so effectively before, in Sideways, Election and Nebraska). Here, after a noticeable lull midway, he shifts gears dramatically, going for broke with the reliably solid (if unspectacular) Damon becomes something of an eco torch bearer, finding love with a Thai activist (Hong Chau) who was shrunk against her will as punishment by an over-zealous government.

It becomes clear, too, that downsizing is being misused by terrorists and people smugglers, by African leaders hell-bent on ethnic cleansing, and by the Israelis on the Palestinians. To add further conflict, a Trump-type supporter questions why small people should still have the vote, if they are no longer “participating” in the economy in the same way. Suddenly, shrinkage is no longer the simple solution the Norwegians believed it to be.

Christoph Waltz makes a welcome appearance as an oily cigar-chomping Serbian entrepreneur (with Udo Keir faithfully in tow), typically relishing his screen time with a performance which all but steals the show while also highlighting how similar, in fact, this small world is to the big bad one outside.

Downsizing has an awful lot to grapple with – if anything, its bumpy tone highlights the difficulties working with such an ambitious script (which Payne co-wrote with regular writing partner Jim Taylor). Had it been scaled back to a more modest framework, it might have felt more satisfying as a whole. Programmed to open Venice – where previous openers such as Gravity, Birdman and La La Land have won big during awards season – the film is clearly being positioned as a serious Oscars contender. Whether it will resonate with cinema audiences, only time will tell.

This is one of several recent films to tap into the anxiety surrounding climate change. Without drastic action, the world does indeed seem doomed. While Downsizing may not tackle this quite as convincingly as one would hope, it does offer an alluring double narrative that shows the filmmaker flexing his chops with a greater degree of scope than ever before. The result stacks up to much more than Honey, I Shrunk the Grown-ups – Payne is clearly concerned about the future of our world, and he’s not afraid to say so. 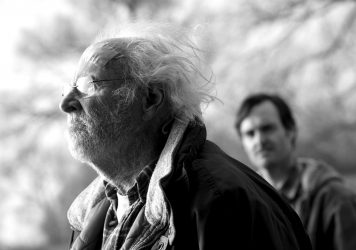