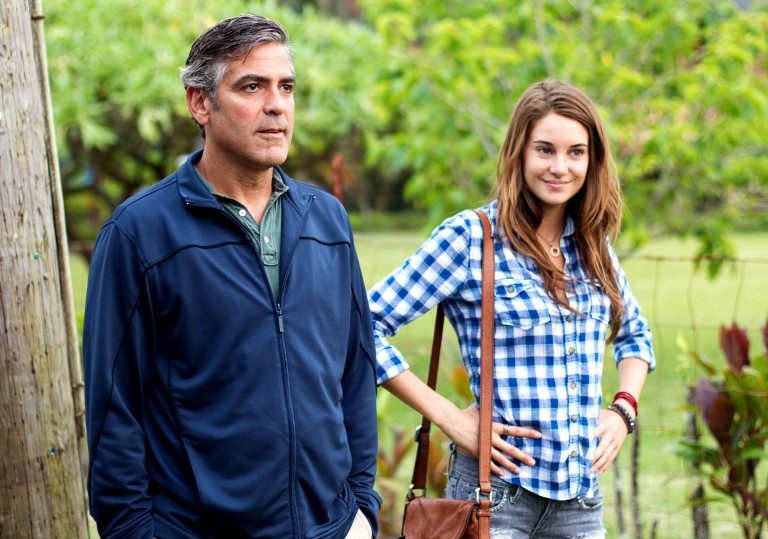 Payne is back, and he’s brought the Cloons along for the ride.

A confident return to the feature filmmaking fold from Payne, and another champagne turn from a Hollywood icon refusing to age anything but gracefully.

Worth the wait. Don’t stay away for so long next time though, Alex

Whether Up in the Air, incognito as The American or trapped in the political machinery of The Ides of March, George Clooney has cut a lonesome figure of late. Now he’s turned family man in Alexander Payne’s long-awaited directorial return, The Descendants. But, in keeping with his current temperament, it’s not exactly a cosy or conventional domestic guise.

Much like Jack Nicholson’s grouchy retiree in About Schmidt, Thomas Haden Church’s conceited thesp and Paul Giamatti’s self-loathing school teacher in Sideways, Clooney’s Matt King is a flawed protagonist. A filthy rich but thrifty lawyer living on one of Hawaii’s main islands, he’s about to hawk a plot of virgin coastal soil passed down by his ancestors to one of two faceless condo developers. He’s also ‘the back-up parent’, a self-assessment he’s forced to amend after a powerboat accident leaves his wife Elizabeth (Patricia Hastie) comatose.

With doctors fearing the worst, Matt takes it upon himself to recompense and reconnect with his two young daughters – 10-year-old Scottie (Amara Miller) and 17-year-old firebrand Alexandra (the excellent Shailene Woodley). Playing patriarch of his own spoiled paradise isn’t going to be a bed of hibiscuses, however. Not least after a gut-punching revelation leaves him looking even more the fool. But while he might not have a clue, Matt’s not out for the count just yet.

The Descendants is fresh and very funny, thanks largely to Payne and co-writer Jim Taylor’s zippy adaptation of Kaui Hart Hemmings’ source novel, and Clooney’s flummoxed clownery. Yet Payne’s head-on examination of each character’s personal response to this cataclysmic family episode also gives his film an all-important tender edge.

In one scene, Matt breaks some devastating news about Elizabeth’s condition to Alex while she’s swimming lengths. Her response is to dive under, deliberately concealing her anguish from her tactless father and simultaneously escaping the cruel reality that’s just been dumped on her. But Payne doesn’t allow Alex to hide; he follows her beneath the surface, capturing her distraught reaction in a moment of elegant, refined clarity.

Later, Matt locks himself in Elizabeth’s hospital room before expelling all of his pent-up guilt, resentment and frustration in an explosive, teary diatribe aimed straight at his lifeless wife. These scenes could quite easily feel overwrought or out of place in a film that largely avoids conflict and melodrama. But their resonance is testament both to Payne’s maturity as a storyteller and his enamelled artistic poise.

Whether or not The Descendants will enjoy a similar shelf life to Sideways is hard to say. It’s unlikely, but also somewhat irrelevant, at least as far as Payne is concerned. As someone who has shown no inclination towards quantity over quality, the director looks set to keep doing things his way, to take his time and invest every last ounce of himself in each new project. When the result is this good, that suits us just fine.

Payne is back, and he’s brought the Cloons along for the ride.

A confident return to the feature filmmaking fold from Payne, and another champagne turn from a Hollywood icon refusing to age anything but gracefully.

Worth the wait. Don’t stay away for so long next time though, Alex