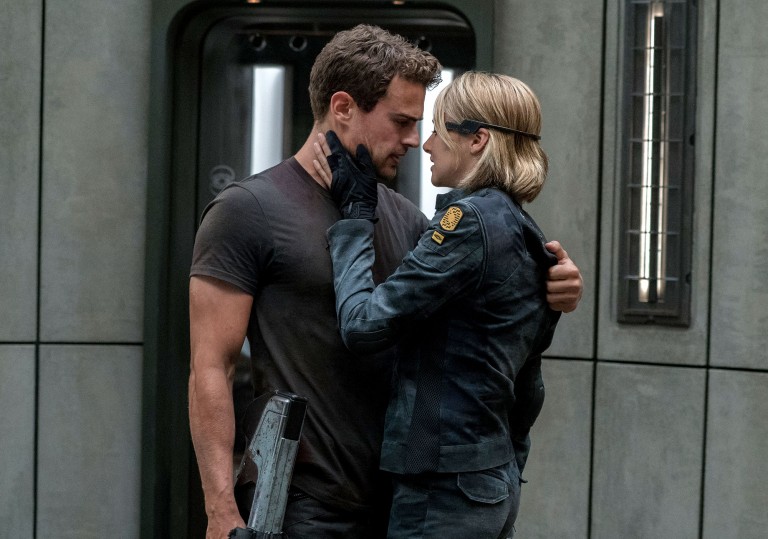 Did we really need another film in this already underwhelming series?

Having zero creative ambition yields exactly the results you would expect.

This series can’t be over soon enough.

The task of attempting to spell the word ‘allegiant’ is about 18,000 times more exciting than actually having to sit through this dismal YA threequel, which really is the weakest of weak tea. No-one in this movie looks like they’re present because they want to be there. It’s the cinematic equivalent of jury duty. It’s like every cast member has had a loved one kidnapped from them, and as long as they play nice and read the lines, everything will be okay.

Moving away from its initial premise of a dystopia in which people are divided up by skill-set, this preamble to the big finale (due same time next year!) sees Beatrice “Tris” Prior (Shailene Woodley) now fairly comfortable in her enlightened femme demigod shoes, but worried about the way a new society is forming. Instead of showing clemency to past traitors, hoards of muslin clad jagoffs bay for the blood of former oppressors. Unable to assert her dominance, she decides to pull together a crew of overly-serious dullards to tool up and look for life beyond the big, electrified wall that’s been erected around this tumbledown Chicago.

And what they find over there is… Jeff Daniels in a polyester suit with a flying Smart Car, selling himself as a saviour, but soon to be discovered as a shit. Allegiant is bad because nothing is left unspoken. There is no room for the audience to guess what might happen, how a person might feel, the secrets a character might harbour within them. Bad writing means that the various new technical innovations bestowed upon the team are there to help rattle through the plot with more speed. Sentient drones are used to track down enemies, though they only seem to come into play when events need a lazy shove. The same goes for an advanced surveillance system which allows the user to be anywhere and see everything – meaning that you get to see all the stuff that would otherwise make up the core of the drama.

Director Robert Schwentke does nothing to make this deathless slog more bearable. Even comic relief Miles Teller looks like he’s being advised to tone down his zingers so as to make his humourless cohorts appear just a few micro-increments more interesting. The low point is a scene in which Zoë Kravitz’s Christina is ushered in from the sidelines to get some face time with Tris and say her piece, but before she utters a word there’s an interruption and Tris has to run off somewhere else. It’s a critical cliché to state that a character doesn’t have anything to do in a movie, but Kravitz literally has no function in this one.

What’s worse is that, in an attempt to imbue the material with some sort of historical gravity, we get lots of very obvious references to the Holocaust, from Daniels’ wide-eyed attempts at genetic purification, to a moment where Theo James’ tribal-tatted bad boy, Four, is sat convalescing from a wound in the belly of an industrial incinerator. Allegiant doesn’t even have the good grace get audiences fired up for a final dust-up – it ends at a fairly arbitrary point, allowing us to anticipate going through the drab motions once more.

Did we really need another film in this already underwhelming series?

Having zero creative ambition yields exactly the results you would expect.

This series can’t be over soon enough. 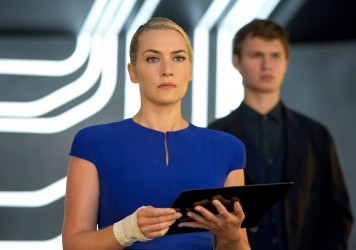