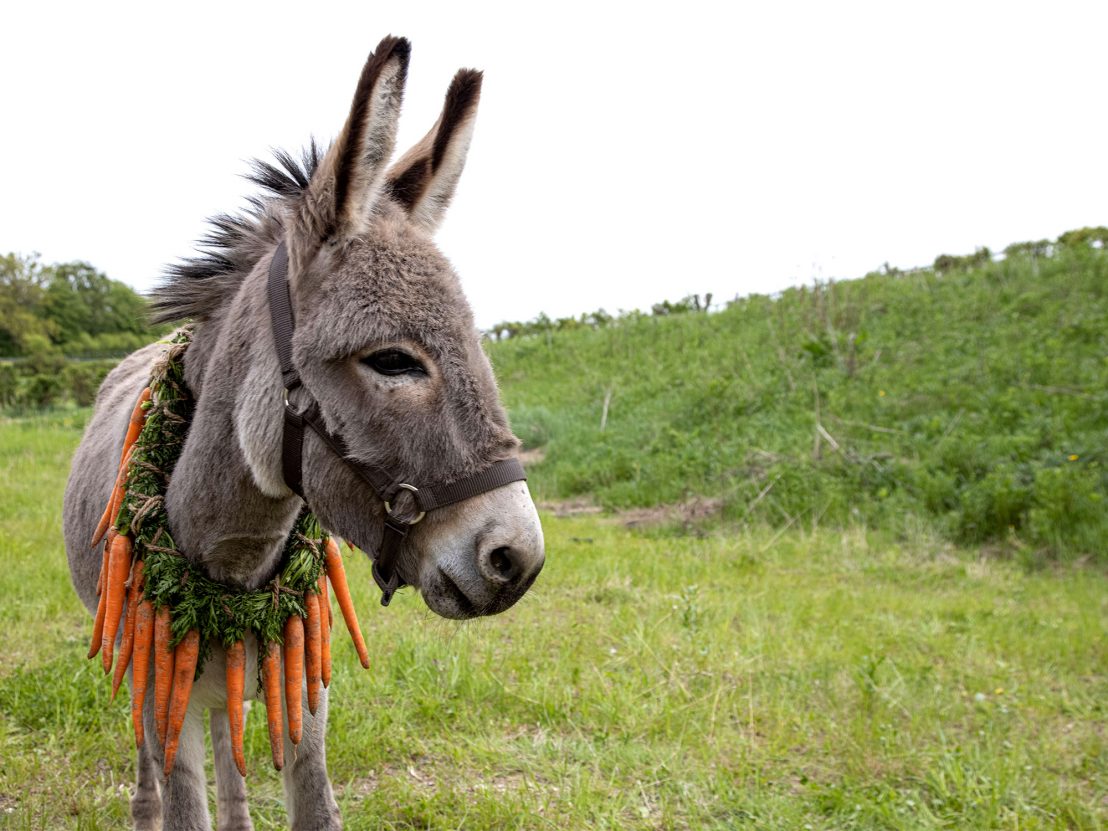 A donkey in a travelling circus grapples with cruel fate in Jerzy Skolimowski’s strangely captivating drama.

Named for the sound a donkey makes, Eo (“Eee-ooo, eee-oo”) follows one such noble beast as it travels across the breadth of Poland and beyond, bearing mute witness to a carnival of humanity at its best, worst, and weirdest.

In its conception—as an existential musing on man’s inhumanity to man, endurance of suffering, and capacity for grace across the blink of a lifespan – as well as in the outline of several of its scenes, Eo is an incredible and unlikely act of hubris: a remake of Robert Bresson’s inner-circle Film Studies 101 masterpiece Au Hasard Balthazar.

But it’s also shot through with the outré symbolism and impulsivity that have long characterised its director’s long, strange career, particularly its late, nothing-to-prove stages. The oldest director in Competition at this year’s Cannes, Jerzy Skolimowski is 84 years young, and he is absolutely vibing.

Eo opens at a small traveling circus, where the titular donkey (played by across the film six different animals, who match each other’s performances seamlessly in an acting masterclass) performers as part of a duo act with an adoring young performer, who nuzzles Eo’s nose and strokes his fur a la Balthazar’s Anne Wiazemsky. (They go on right before “The Fabulous Cubeman”.)

But Eo changes hands often throughout the course of the film, for the first time following an animal-rights protest. (“Training is torture,” say some of the hand-lettered signs, an accusation the film tries to answer in an end-title card. No animals were harmed, all were venerated, etc etc.)

The story daisy-chains its way along with frequent absurd contrivances, a clownish narrative logic that speaks to Skolimowski’s atheist metaphysics. Eo ends up in a horse farm, becomes the mascot of a rural town’s soccer team and inadvertently incites a riot with a rival club’s hooligans, toils in factory farms, is bought and sold on the black market, crosses international borders, goes underground and into the Alps, accompanies metalhead lorry drivers, developmentally disabled children, bureaucrats, and a defrocked priest.

Skolimowski’s vintage films of the ’60s and ’70s – made in his native Poland, France, England and all over – fit closely but unclassifiably within several national New Waves; wildly diverse in subject matter, they frequently featured the era’s broad, funhouse-mirror satirical impulses and subjective jump-cut terror. Films like Deep End and The Shout are dated, but appealingly so, less shrill or hot-aired than many contemporaneous Arthouse Golden Age comedies and sensual dramas.

Here, he offers sketch-comical views of Polish nationalism and machismo, EU migration, the legacy of the Holocaust, and bourgeois decadence in the form of a vampish stepmother played by an unexpected cinematic legend. There are children at the beginning of their life, men at the violent end of theirs, and a veterinarian’s clinic where someone poses the key question of the film: “Why should it suffer?”

Throughout, Skolimowski uses fisheye lenses from odd camera positions, giving a distorted view of humanity’s foibles. Updating his career-long uncentered, faddish style, he explores the poetic surrealist potential of modern film techniques with strobing red lights, transhumanist drone-shot interludes, and an intense score incorporating traditional accordions and EDM bass bumping; in one scene, Eo stumbles into a wolf cull shot like a rave, with green laser-sight beams lighting up the forest like a rave.

There are occasional p.o.v. shots – such as when someone passes Eo a joint – but throughout, the animal is a gentle, Kuleshovian presence who grounds the action with every quizzical turn of his adorable pointy earns and poignant stoic countenance.

In one sense, Eo is an evolution of Skolimowski’s 2010 survival thriller, Essential Killing, which abstracted the politics of CIA black sites into the tale of an escaped Taliban prisoner on the run in a primal wintry landscape, fighting against and subsisting within nature. The next logical place to go from such an elemental story is to make one starring a donkey, instead of Vincent Gallo.

What use is plot, to a donkey? Or to an atheist, for that matter. Think of Skolimowki at this stage of his career and life as a filmmaker happily grazing, indulging in an animal need for cinema. 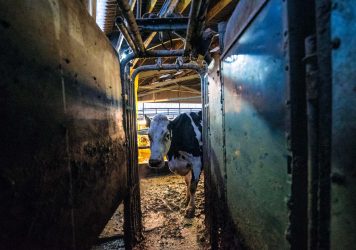 Andrea Arnold’s long-awaited fifth feature is a remarkable and visceral assault on the senses. 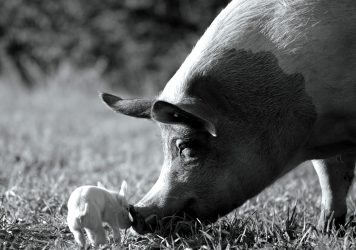 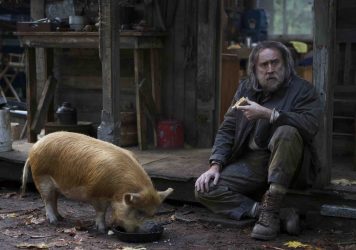