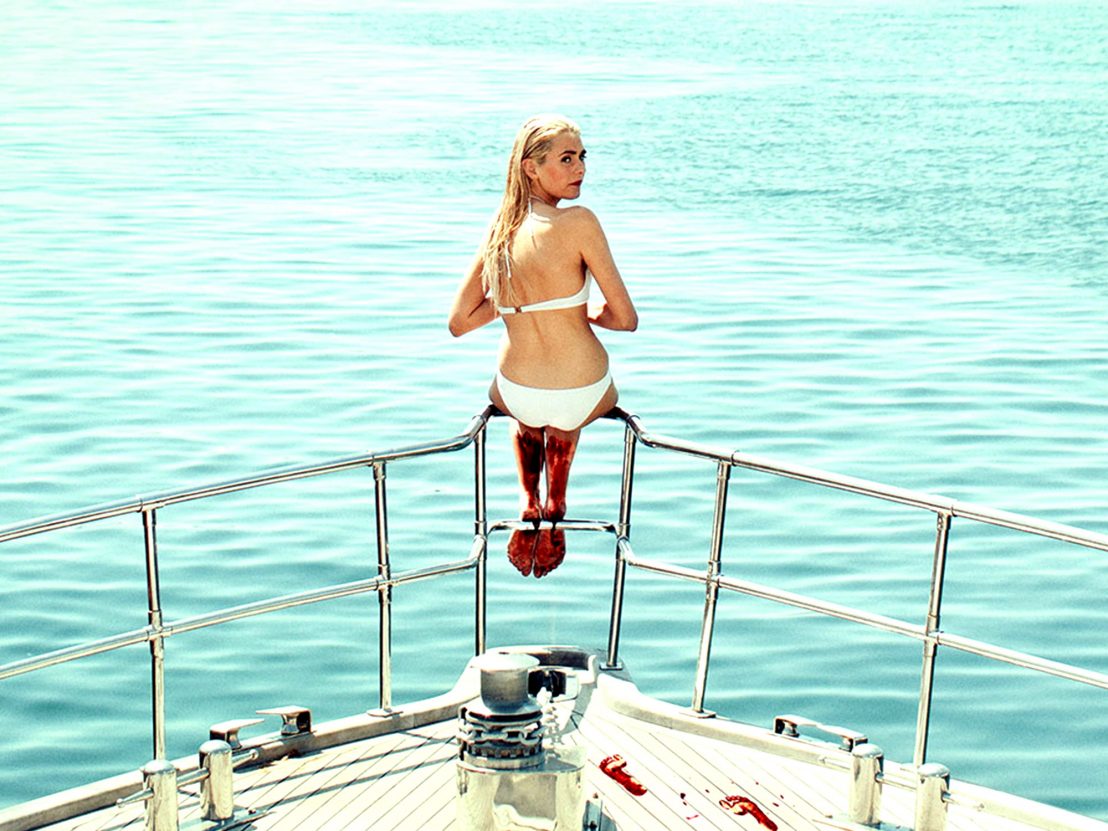 Some of the strongest emerging voices in world cinema took centre stage at the Polish festival’s 18th edition.

The New Horizons Film Festival in Wrocław, Poland drew to a close this weekend, having once again served up an impossibly stuffed programme of the best in international cinema. While the Pedro Costa and João César Monteiro retrospectives proved tempting, and the heavy-hitters from Cannes, Sundance and Berlin saw the usual scramble for tickets, this year we thought we’d take in the festival’s International Competition in its entirety. Twelve films, all first or second features, battled it out for two prizes: the Grand Prix and the Audience Award, picked out by members of the public. Here’s a rundown of our competition favourites in ascending order… 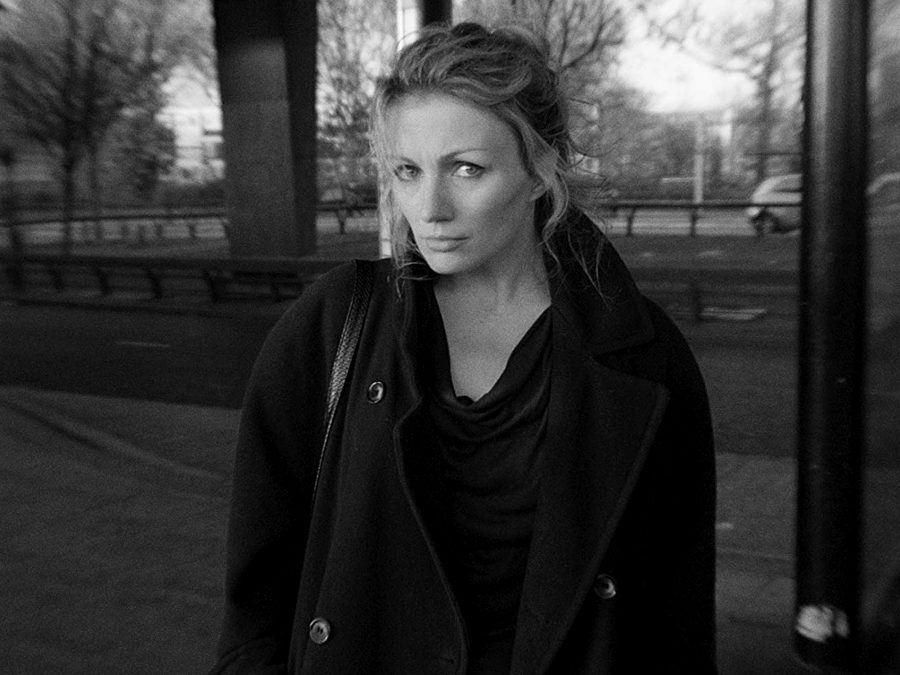 My Friend the Polish Girl

“Just pretend I’m not here,” an American director tells Alicja (Aneta Piotrowska). She’s making a documentary about the immigrant experience, following a 32-year-old Polish woman who’s settled in London. Katie’s film is the film we’re watching, one which started as “a film about Brexit and how people are used and disposed of… but didn’t turn out that way.”

Of course, what we’re really watching is the fiction debut of writer/directors Ewa Banaszkiewicz and Mateusz Dymek, a lo-fi traipse through psychological and faux-documentary cliché. London as an isolating city, the performative fallacies of social media, the ethical quandaries of co-dependency in documentary filmmaking: all raise their head, only to prove as touristic in their depth as the film’s whistle-stop tour through its subject’s adopted city. 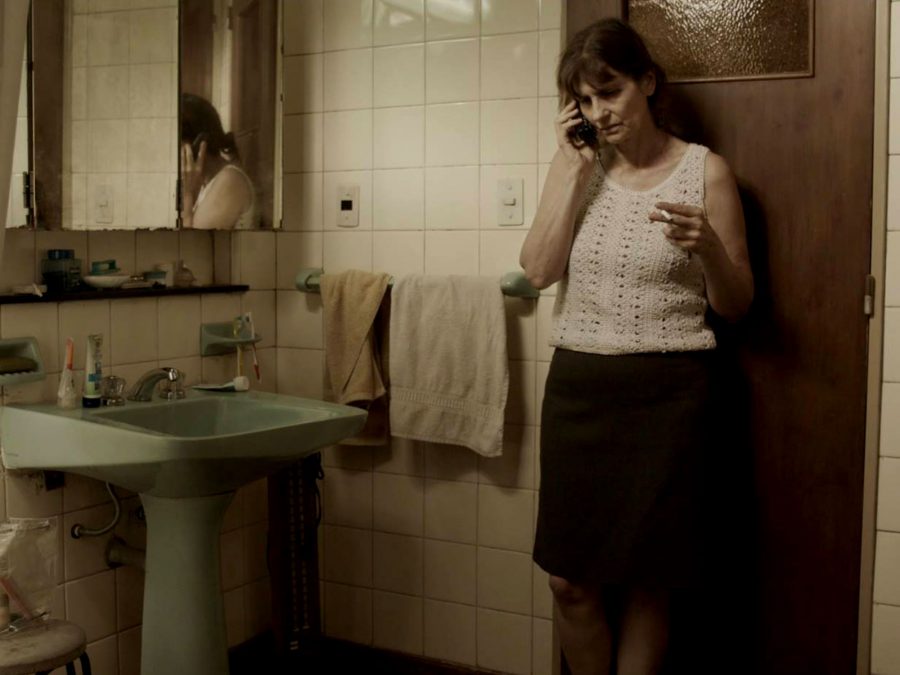 The opening scene sets the pace: a 10 minute, fixed-camera shot of a late middle-aged couple trying – and failing – to have sex. Jorge and Mabel are splitting up, and Argentine director Monica Lairana’s film charts their last day in the marital home, dividing and packing up their things. There’s little by way of dialogue, these two appear to have little left to say, the stage seemingly set for a behavioural study on the final throes of a marriage. But action is not behaviour, and whether the failing lies with Lairana or her actors, it’s hard to escape the sense of a series of motions worked through, with little by way of subtlety and nuance that might have imbued them with a deeper meaning and understanding. 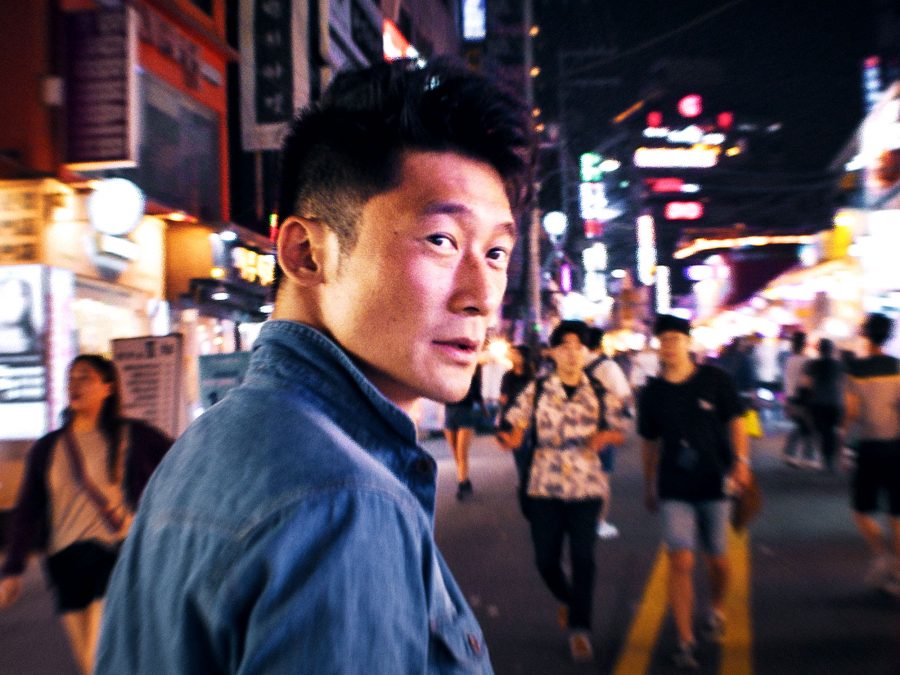 Far more successful than My Friend the Polish Girl in charting the immigrant experience, The Return similarly blurs the lines between fiction and documentary. In fact, it was only Sissel Dalsgaard Thomsen’s screenwriter credit at the end that tipped us off to the film’s true nature. Based on director Malene Choi’s own experience as a Korean woman given up for adoption at birth, the film follows Danish immigrant, Karoline’s (Karoline Sofie Lee) return to Seoul in a bid to find her birth mother.

A subtle, glitchy approach to form – well served by Philip Nicolai Flindt’s electronic score – simultaneously comments on the perceived realities of documentary filmmaking while offering a shared sense of dislocation with its characters. The key scene, a reunion between fellow adoptee Thomas (Thomas Hwan) and his birth mother, proves heartbreaking, not least due to a staggering performance from Seong In-ja as the mother whose restless, downward gaze belies a lifetime of hope and shame. 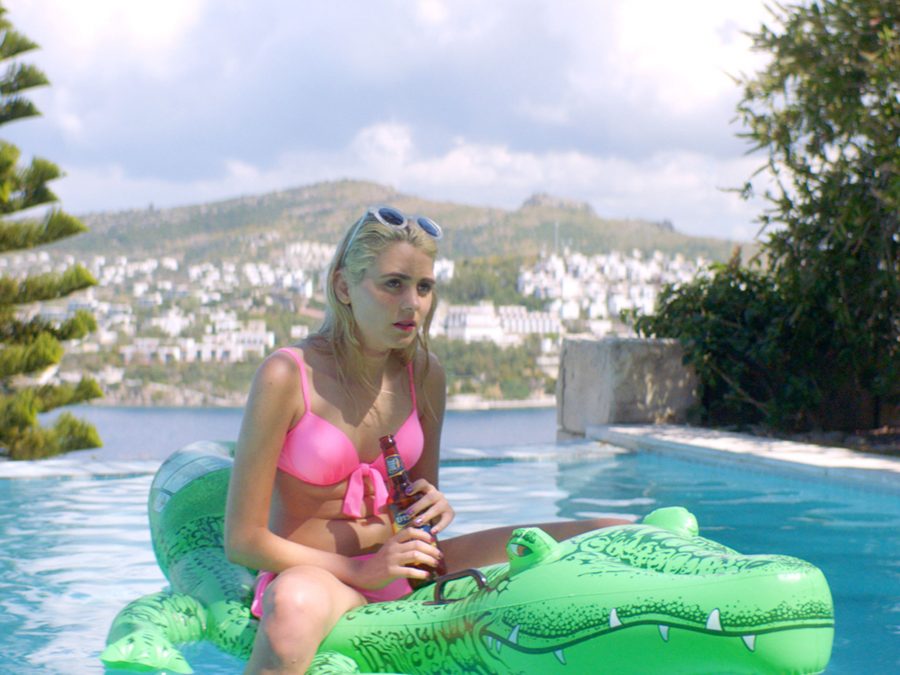 “I want you to know that it’s okay if you want to leave the cinema,” said director Isabella Eklöf in her introduction to Holiday, “It’s a perfectly valid reaction, not all art is for everyone.” It took about 45 minutes to find out what she might have been talking about, her camera fixed with detached insouciance on a brutally explicit, humiliating attack. The film certainly isn’t for everyone, but not a single chair slammed upwards. We won’t spoil the cool, calculating, jaw-dropping ending – suffice to say Holiday’s moral resolution lands one hell of a gut punch. 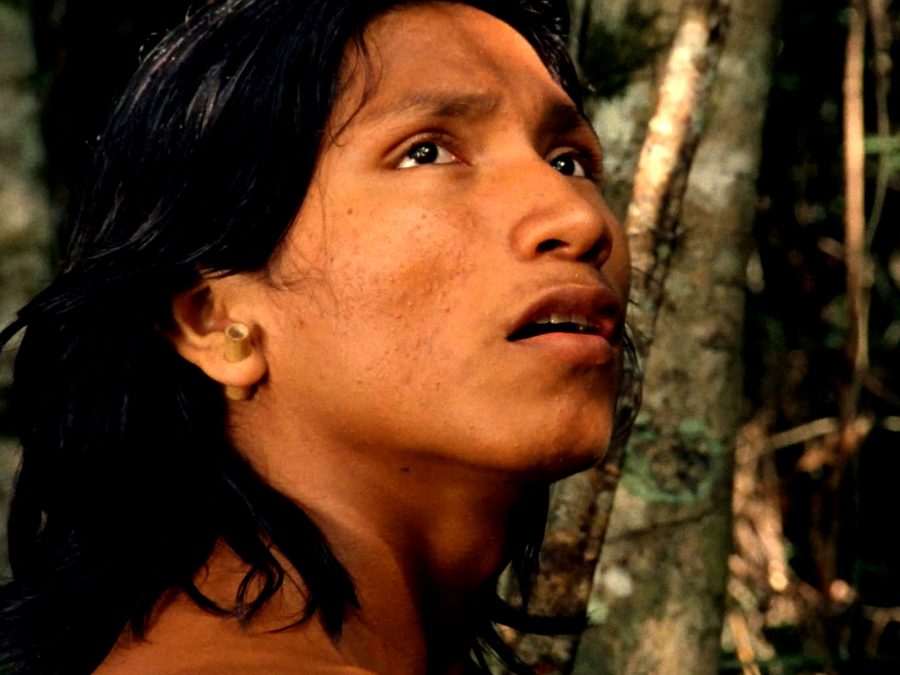 The Dead and the Others

The result of a year spent with the Krahô people in the Brazilian village of Pedra Branca, The Dead and the Others saw João Salviza (along with co-director Renée Nader Messora) add this year’s Un Certain Regard Jury Prize to his Palme d’Or and Golden Bear for respective shorts Arena and Rafa. It’s a patient, understated debut feature, following the tribulations of fifteen year old Ihjãc as he struggles with the encroachment of responsibility following the death of his father.

Pursued by his mecarõ – a spirit animal with questionable intentions – Ihjãc abandons his wife and infant son, seeking refuge in the nearest town. Stunningly lensed by Messora, it’s testament to the filmmakers’ time spent within the community that the film never falls into ethnographic voyeurism, the tensions between tradition and modernity masking (malevolent macaw aside) what are otherwise universally resonant themes of teenage anxiety and growing pains. 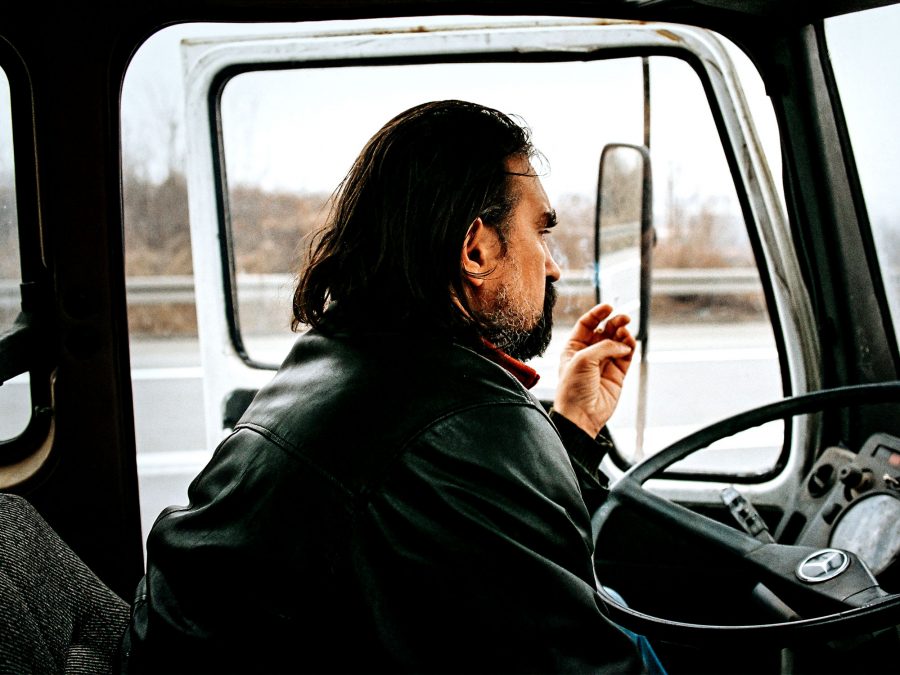 Ognjen Glavonic’s previous feature, the 2016 documentary Depth Two, centres on the discovery of mass graves outside Belgrade following the NATO bombing campaign in 1999. Returning to the same topic for his fiction debut, Glavonic follows a long-haul lorry driver, Vlada (Leon Lucev) as he drives cross-country with an unknown cargo locked up in the back. Questions of collective responsibility and selective silence soon surface, as the nature of the titular load becomes clear, with Glavonic proving as unflinching in his interrogation of Serbian history as he had with his previous film’s firsthand testimonies.

When he picks up a young hitchhiker en route, Vlada begins a cautious, roundabout dialogue, Glavonic illustrating the generational dichotomy between weary survival and insulated, naive hope. The handheld camera keeps us at Vlada’s side across the bleak, desaturated terrain, until Glavonic steps back for a long, fixed-perspective shot of the truck, its inhabitants and the landscape – all the better to survey the implications that lie within. 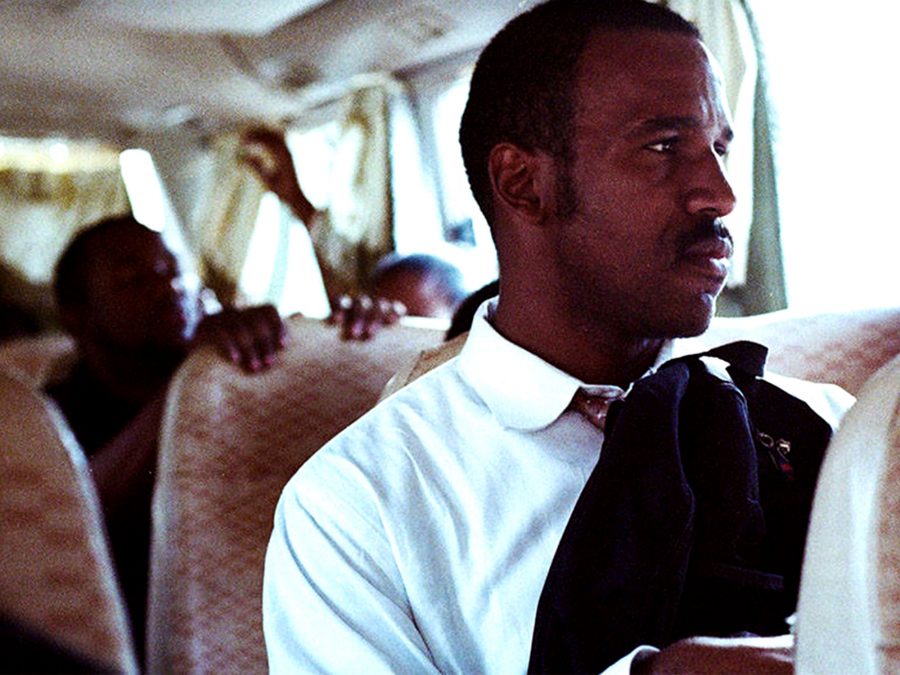 A revenge tale – or rather an anti-revenge tale – forms the backbone of Dominican filmmaker Nelson Carlo de Los Santos Arias’ feature debut. It’s a restless, formalist marvel, switching between film stocks, aspect ratios and colour schemes on an almost shot-to-shot basis. It makes for an intense, often overwhelming experience, all the better the chart the psychological dislocation of its protagonist, Alberto (Vicente Santos), a Christian evangelist drawn into the rituals of a hometown community convinced he ought to avenge the death of his murdered father.

It’s a brave filmmaker who wilfully elides access for the viewer on psychological terms, relying instead on a formal strategy that intoxicates even as it disorientates. Its success depends on a willingness to give oneself over to the dizzying, abrasive rhythms of this singular stylistic marvel. 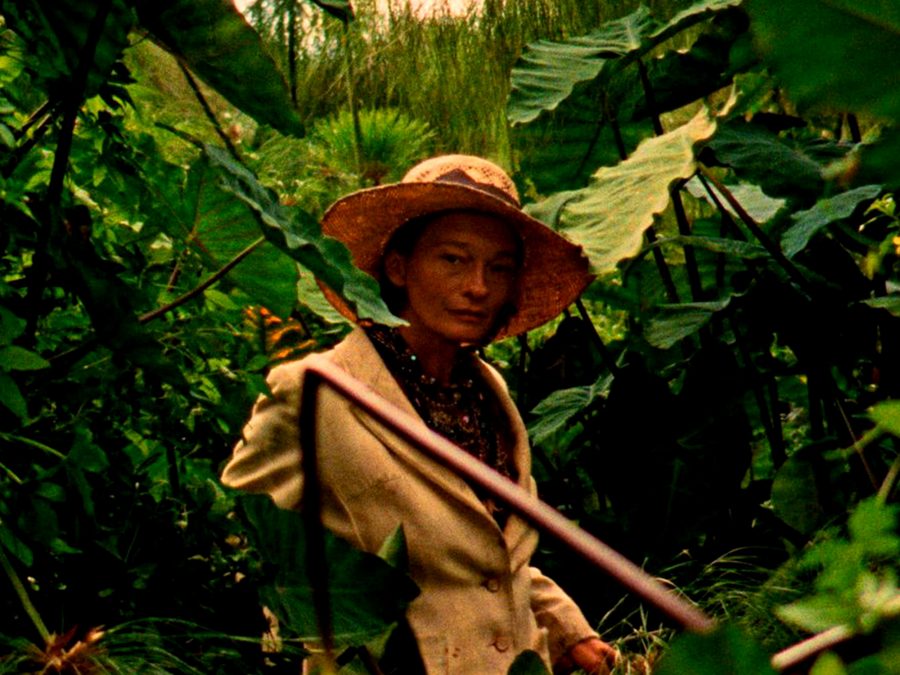 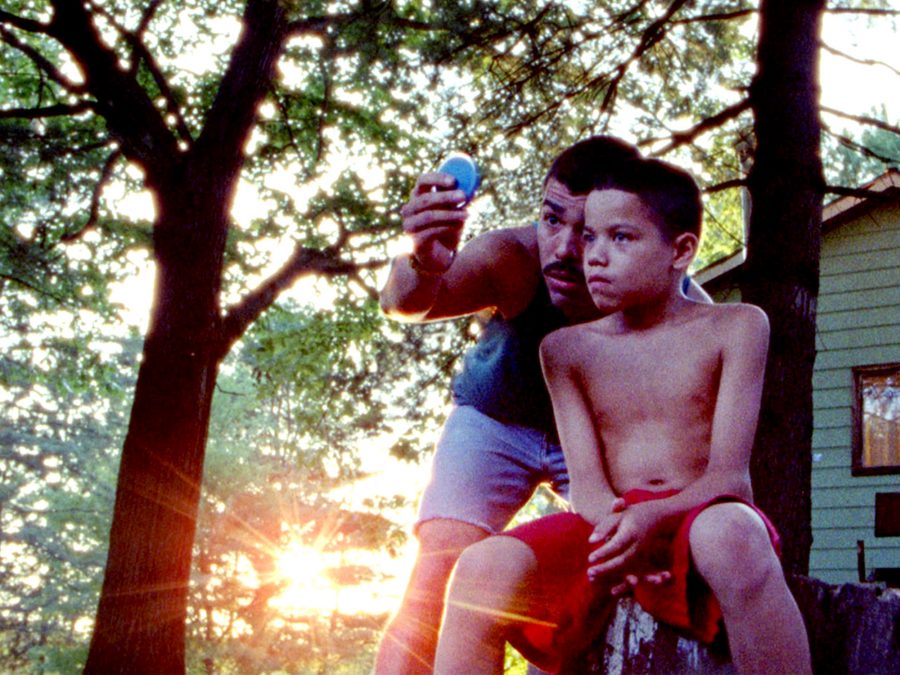 Talk of Jeremiah Zagar’s fiction debut as this year’s answer to Moonlight began immediately following its premiere at Sundance in January. While smaller in narrative scope to Barry Jenkins’ film, it’s a comparison the film bears well, with its focus on emergent sexuality in its economically marginalised protagonist.

Exquisitely lensed by Zak Mulligan, largely on Super 16, an even closer touchstone might be the childhood sections of Terrence Malick’s The Tree of Life, sharing its visual poetry and magic-realist flourishes as the cast of three young brothers negotiate their parents’ turbulent marriage. There’s an unaffected naturalism to all the performances here, underpinned by Zagar’s sympathetic, understated approach to the economic fragility at the heart of this mixed-race family’s conflicts. Definitely a name to watch. 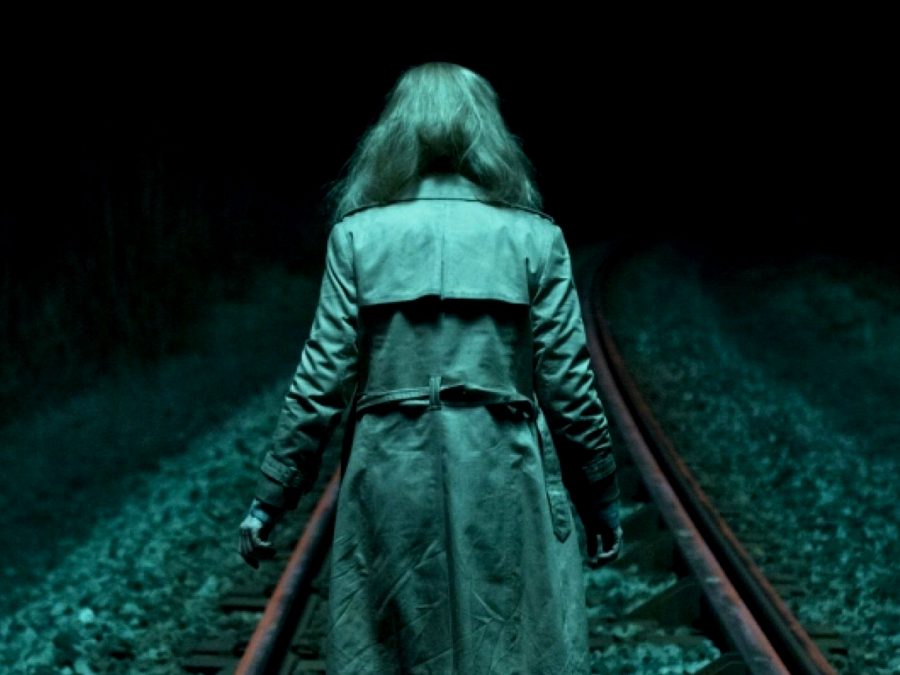 Smoczynska’s first feature, The Lure quickly became something of a cult sensation, earning itself the rare privilege of a Criterion release in the US and the UK. An about-turn from the camp histrionics of that film’s singing vampire mermaids, her second feature represents a serious step up in filmmaking prowess. Alicja is suffering from a ‘disassociative fugue,’ extreme memory loss the origins of which are unclear. She vanished two years ago, leaving her husband and son behind, only to be recognised by her father during a forced TV appearance.

Alicja has no recollection of her previous life as Kinga, and no interest in returning to the family home. A mesmerising, difficult performance from Gabriela Muskala anchors the film, but it’s Smoczynska’s outstanding direction – not least in her sound design – that elevates the amnesiac template. Dialogue scenes are rigorously controlled, amplified by the likes of a stove’s ticking ignition, while a seaside freakout is mined for full-blown horror. 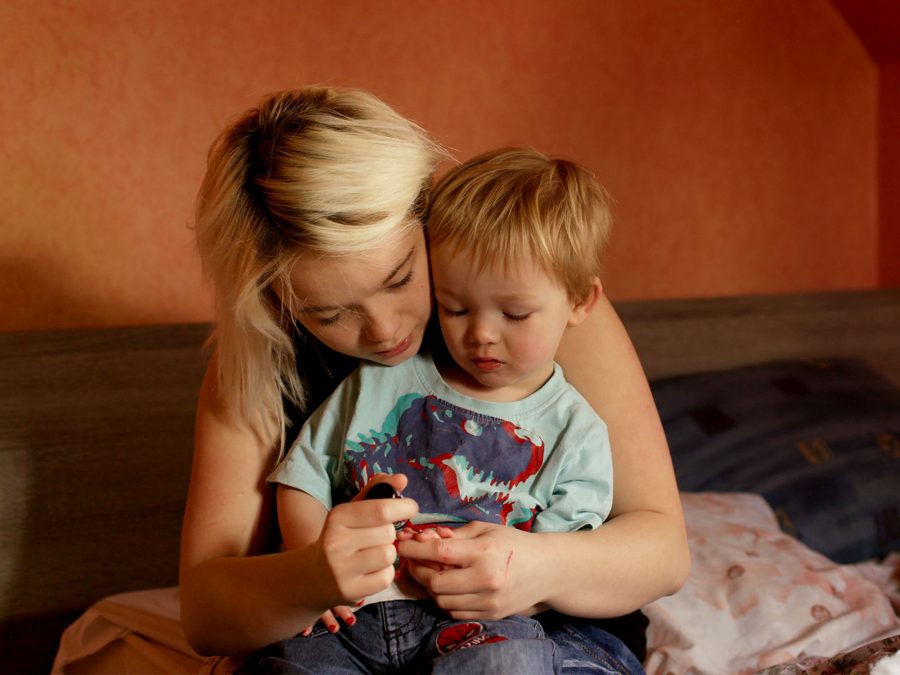 A teenage couple living on the breadline; pregnancy; tragedy; resilience. If a glance at the skeletal plot of Valérie Massadian’s second feature conjures thoughts of countless Dardennes knock-offs, rest assured. A stunning marriage of social realism and rigorously calibrated formal design, Milla was clearly one the best films playing in the New Horizons programme. It’s a film of aching ellipses, devoid of expositional clarification but rich in keenly observed, hauntingly tender detail. We follow Milla across a number of years, from freewheeling youthful romance to selfless responsibility.

It’s testament to Massadian’s aesthetic approach that the film’s formal elements feel so empathetically synchronised with Milla’s psychological journey; the deep reds of her safe spaces giving way to cool blues of emergent adulthood, Massadian’s careful framing subtly privileging us with access to Milla’s inner life, none more so than during a bittersweet musical interlude. The film’s final third is just magnificent, Milla’s new life with her young son sending us out on the most delicately earned note of fragile optimism. 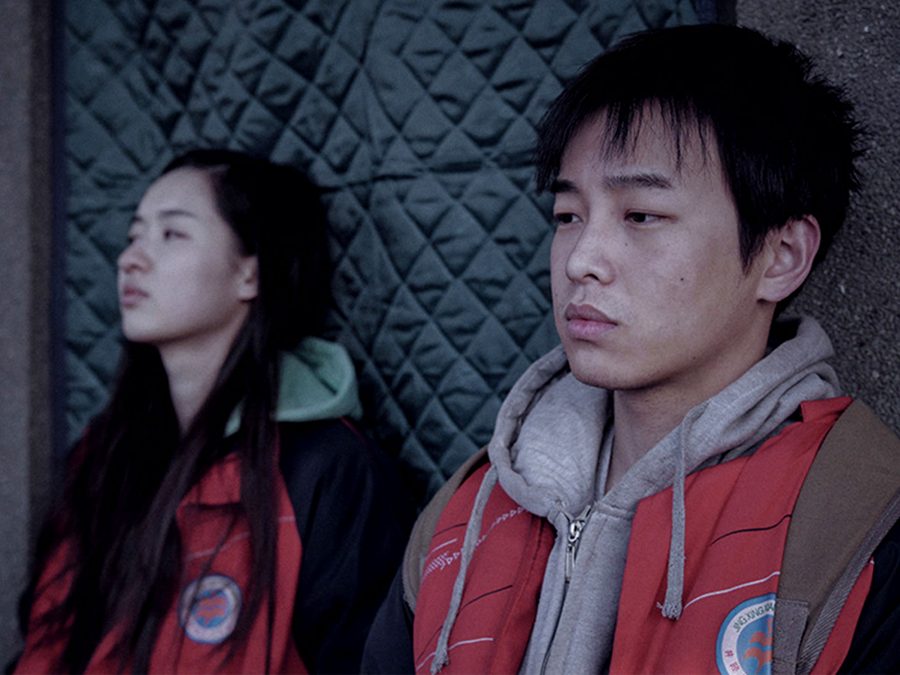 The first and final feature from Chinese director Hu Bo, who took his own life in October 2017 at just 29, a few months before the film’s world premiere at the Berlin Film Festival. It’s impossible to separate the tragic circumstances of An Elephant Sitting Still’s journey to the festival circuit from the content of the film itself, a punishingly bleak study of social and economic disenfranchisement in northern China.

Across four hours, Hu’s Dantean nosedive into the depths of despair offers little psychological or aesthetic respite for both his protagonists and audience. It’s a formidable achievement of stark narrative and formal control, its multiple character arcs drawn inexorably to shared dramatic and existential conclusions. Gruellingly pessimistic it may be, but Hu’s insistent subjectivity emphatically highlights a desperate humanity in the mire. One of the year’s very best films, and a major new talent gone way too soon.

For more on this year’s festival visit nowehoryzonty.pl 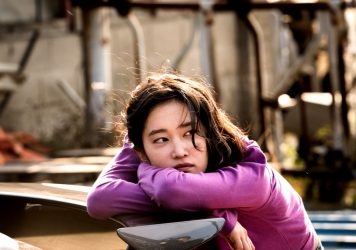 This monumental new work from South Korean director Lee Chang-dong was well worth the eight-year wait. 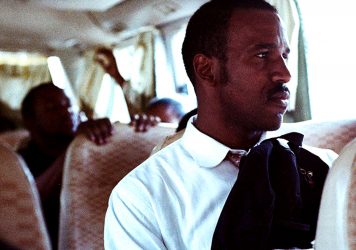 A rare and troubling cinematic foray to the Dominican Republic in this surreal, rustic revenge yarn.