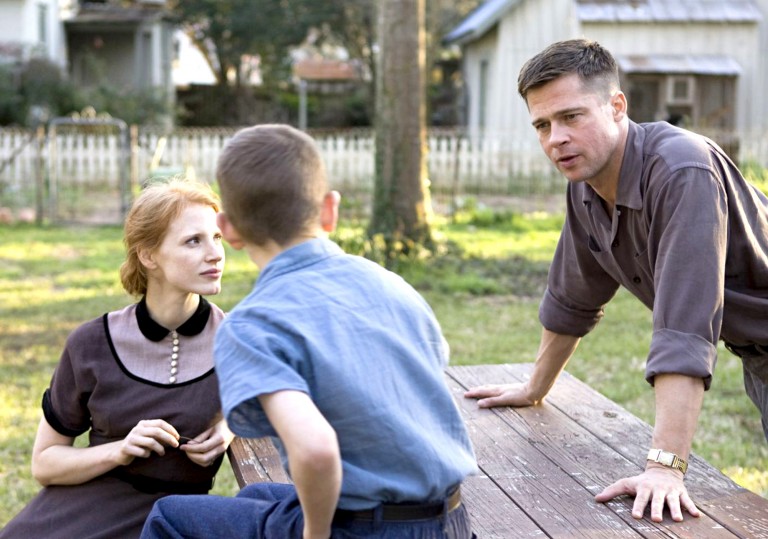 One for the history books.

Like Halley’s Comet, Terrence Malick’s The Tree of Life feels very much like the kind of cosmic spectacle that most good, law-abiding citizens will get to see just once in their lifetime. The term ‘masterpiece’ feels inadequate, both as down-the-line hyperbole and because it infers that the work we’re watching is operating on the same formal and technical level as that shiny, lovable mass we like to call ‘cinema’. And as you’ll realise very early on, that’s just not the case.

It’s a film which, famously, cost more money to make than this sort of film ordinarily should do. It’s also a film that feels torn from the heart, an unqualified triumph of personal artistry that puts the abiding interests of its maker into crisp focus and overlays them with a rousing orchestral flurry.

Yes, Malick may have come dangerously close to perfection in the past with his rhapsodic studies of innocence lost and found – Days of Heaven, The Thin Red Line and The New World – but this new film feels like the purest and most perfect expression of his unique cinematic worldview.

It already arrives on these shores in a blizzard of hype and debate – the subject of both vicious critical pans and breathless decrees of stultified awe. It’s a hot potato, for sure, but the passion and ruthless articulacy with which most have defended/attacked it stands as a testament to a type of cinema which, to understand, enjoy and, hell, connect with on a profound spiritual level, does require a small leap of faith.

The 1950s: the O’Brien clan of Waco, Texas, are an extraordinarily average bunch, and it’s the very humdrum nature of their activities, aspirations and personal interactions which supplies this film with its universal philosophical reach. Brad Pitt, making for a supremely melancholy presence as father of the brood, delivers a performance so guileless, so full of soul, that you can’t quite believe it’s him.

His loving wife, played by radiant newcomer Jessica Chastain, is the free-spirited Yin to his suppressed tough-guy Yang, and the large part of the film is comprised of ornate, stand-alone snapshots of their lives, specifically the way they go about raising their three errant sons. Emmanuel Lubezki’s restless camera snakes around their house and across their front lawn, visually stockpiling emotional minutiae at the expense of straight scene after straight scene. 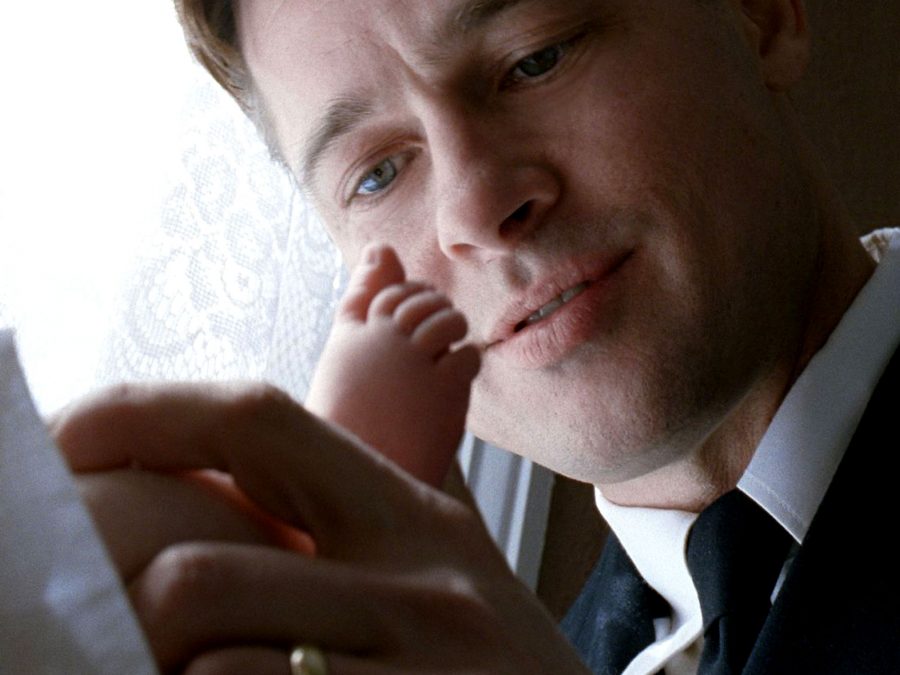 Initially, these evocative fragments feel formless: they never coalesce into stand-alone anecdotes, actions are often shorn of reactions, nothing is manipulated into conventional drama. But context is paramount, and Malick doesn’t just want us to consume these moments on their own terms.

Therefore, he escorts us on a swift excursion to the origins of the universe, an occasion visualised as an elaborate infusion of colour and sound that’s reminiscent of the abstract hand-painted short films of Stan Brakhage and Len Lye. Some have suggested comparisons with Kubrick’s 2001: A Space Odyssey, but this film is far more attuned to human experience.

As stars gradually align, we bear witness to the first stirrings of life, the first family, and even – via an eccentric stand-off between two dinosaurs – the first instance of physical compassion. In this light, the seemingly meaningless exploits of the O’Briens take on an unbearable fragility. The Tree of Life is a glorious ode to the improbability of existence, a film of immense sincerity, which asks us to cherish the simple processes of living and loving.

Sean Penn also has a supporting role set in the present day. He’s the weather-beaten eldest son who’s now fully grown and working as a hotshot architect. The film is framed as an amorphous blur of personal memories, making the fractured formal approach feel totally natural. Some have accused it of carrying an evangelical Christian undertow, but that is simply not the case.

Everything we see and hear in this film is refracted through personal perspectives and juxtaposed against grand celestial backdrops. Any religious content is the result of Malick making sure that we’re seeing the world through the eyes of his characters. The politics, the sentiments, the ideology – all are theirs.

In true Malick form, The Tree of Life does not advocate or refute religion as much as it offers a third way. Heaven exists, it says, and you can find it here on Earth. It’s the fields, it’s the streams, it’s the structures, it’s the sensations, the people, the sunshine – it’s the whole damn thing. There’s no way to like The Tree of Life in parts. It’s all or nothing. To put it in the vernacular of the film itself: every second counts.

One for the history books.