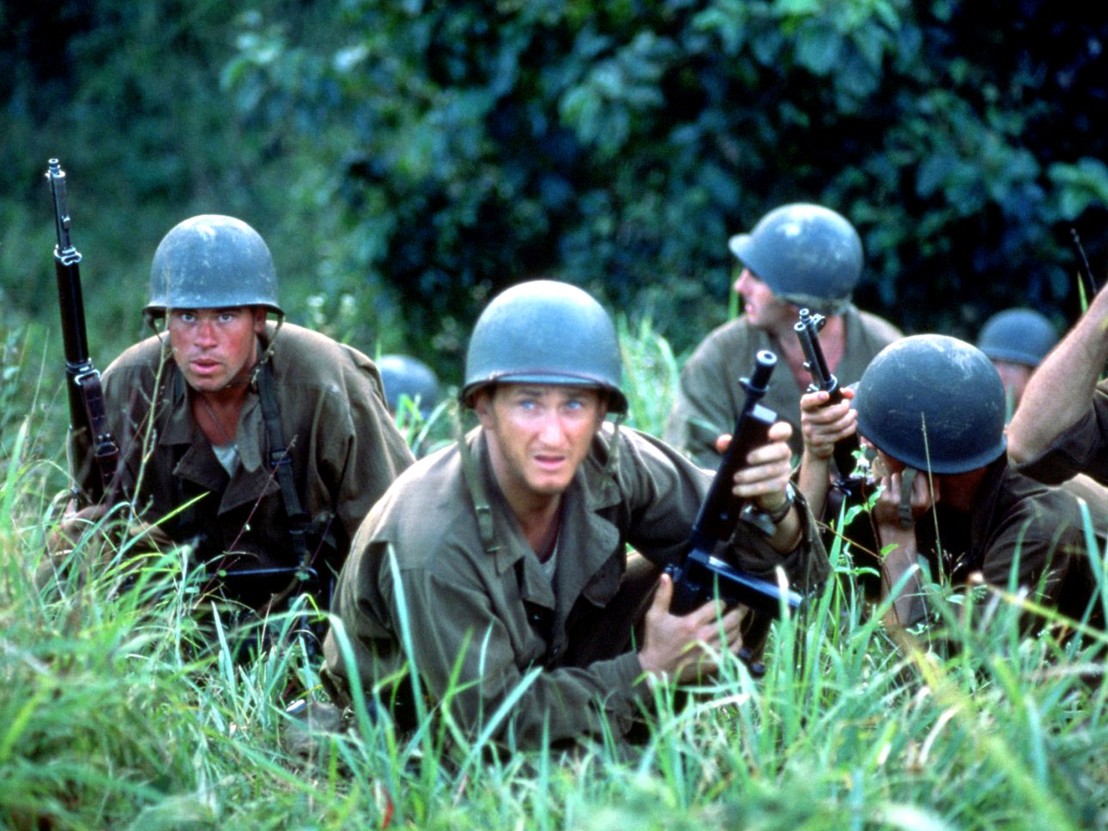 A crocodile slipping into a swamp; a bird flailing in the soil, its wing shattered by gunfire; a punctured leaf sieved through with light; a coconut floating in the surf. These are not images typically associated with war, but they dominate Terrence Malick’s 1999 film The Thin Red Line, the director’s epic and spiritual take on James Jones’ 1962 novel of the same name. Far removed from Jones’ grunt machismo, Malick’s version of the Battle of Guadalcanal sees the war not as against nature, which is the modus operandi of countless war films, but instead as part of it – an absurd and, in Malick’s hands, abstract part of it, but a part of it nonetheless.

Initially Malick’s vision appears to suggest that Nature is Cruel, and indeed a line spoken by Nick Nolte’s Colonel Tall – “the vines twine around the trees, swallowing everything” – seems to confirm as much. But an adage as simple and rote as Nature is Cruel could never do justice to The Thin Red Line’s reach: this is perhaps the most searching and ambitious big-budget picture ever released by a major studio.

Nature in The Thin Red Line is not cruel, but indifferent. Consider a small, seemingly extraneous early scene where a venomous snake rears up to threaten a couple of soldiers engaged in battle. Far from being throwaway, this brief shot – one of many instances of Malick and his DoP, John Toll, cutting away to the fauna and flora of the Pacific Islands location – is the film’s spirit distilled. It is Malick’s way of saying nature doesn’t know, and nor would it care if it did; that upon and within it men are fighting for their lives. Nature makes no exceptions, not even for war. Nature just is.

If this reads as especially cynical, Malick’s film is anything but. Trading in traditional war movie iconography for something closer to transcendentalism, the constant images of a lush tropical paradise are harmonious with both Private Witt’s (Jim Caviezel) – and perhaps Malick’s – perspective on existence. Witt, the closest the film comes to having a lead character, is one of many to speak over the action in hushed narration, but it’s one of Private Train’s (John Dee Smith, in his only ever film role) speeches that best matches the Malickian searching of Charlie Company with the ecologically inclined tableaux: “One man looks at a dying bird and thinks there’s nothing but unanswered pain… Another man sees that same bird, feels the glory, feels something smilin’ through it.” 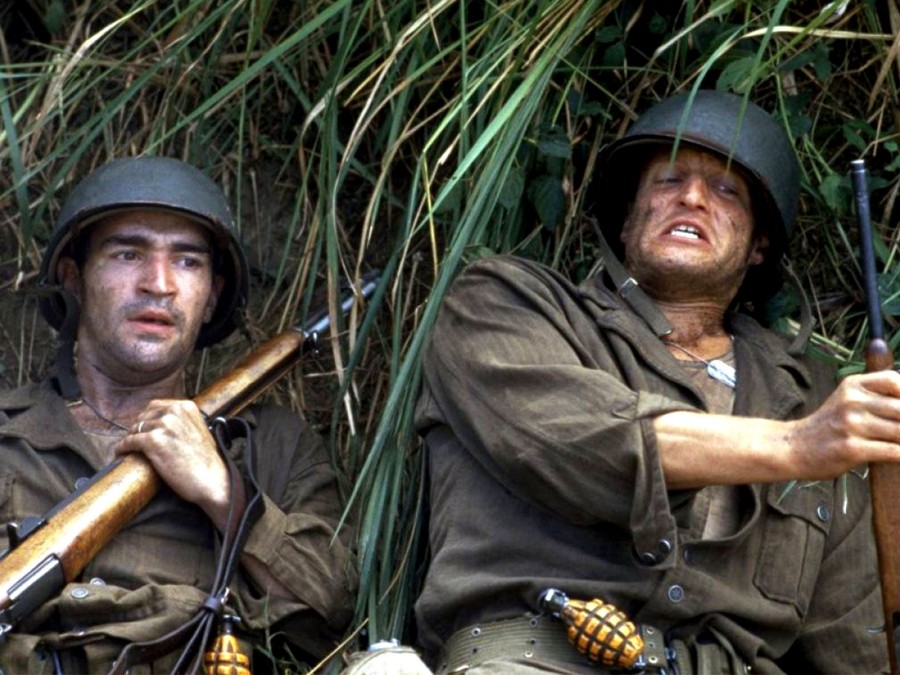 This is not to make The Thin Red Line sound overly life-affirming, either. It is after all, despite all the evidence of the contrary, a war film. One only needs to hear the ominous, wailing threnody of a low-flying fighter plane, or see the devastating firefight for territory on a key island hill – the latter of which serves as the film’s astonishing centrepiece – to understand that Malick knows as well as any director that war is hell. There are even moments of outright cynicism in The Thin Red Line, as when John Savage’s Sergeant McCron, first seen leading his men in prayer aboard a landing craft, is reduced to clutching at the earth and proclaiming that “We’re just dirt,” his faith fully broken by the war effort.

Even this, though, is tempered by nature – by the dirt that the men walk and fight upon. In McCron’s hands it attains a fleeting symbolism but really it’s just dirt, soil which has been there for millennia on an island that will survive every man who has ever seen it. Depending on how you look at it, that’s either beautiful or tragic, a duality that runs right through heart of The Thin Red Line. At one moment Colonel Tall can be standing atop a hill talking Homer, only to be seen later trying to send an entire squad to their deaths in what will almost certainly be a turkey-shoot for the Japanese; where the river is at once solace and suicide, initially providing a cool respite for the men before later sweeping a wounded soldier to his death downstream.

The crocodile; the trees; the dying bird; the bats that Witt ponders as sweat creeps over the ledge of his Palladian cheekbones; the closing shot of the coconut, which serves as an abstract coda to the film’s naturalistic ideals — all are as vital to Malick’s vision of war on Earth as the firefights and camaraderie and patriotism of many a more traditional war film. These images, at once stunning and frightening, are the very soul of Malick’s picture: they are beautiful, they are ugly, they are life. 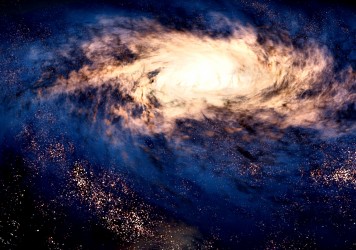 Is Terrence Malick about to solve the mysteries of the universe?