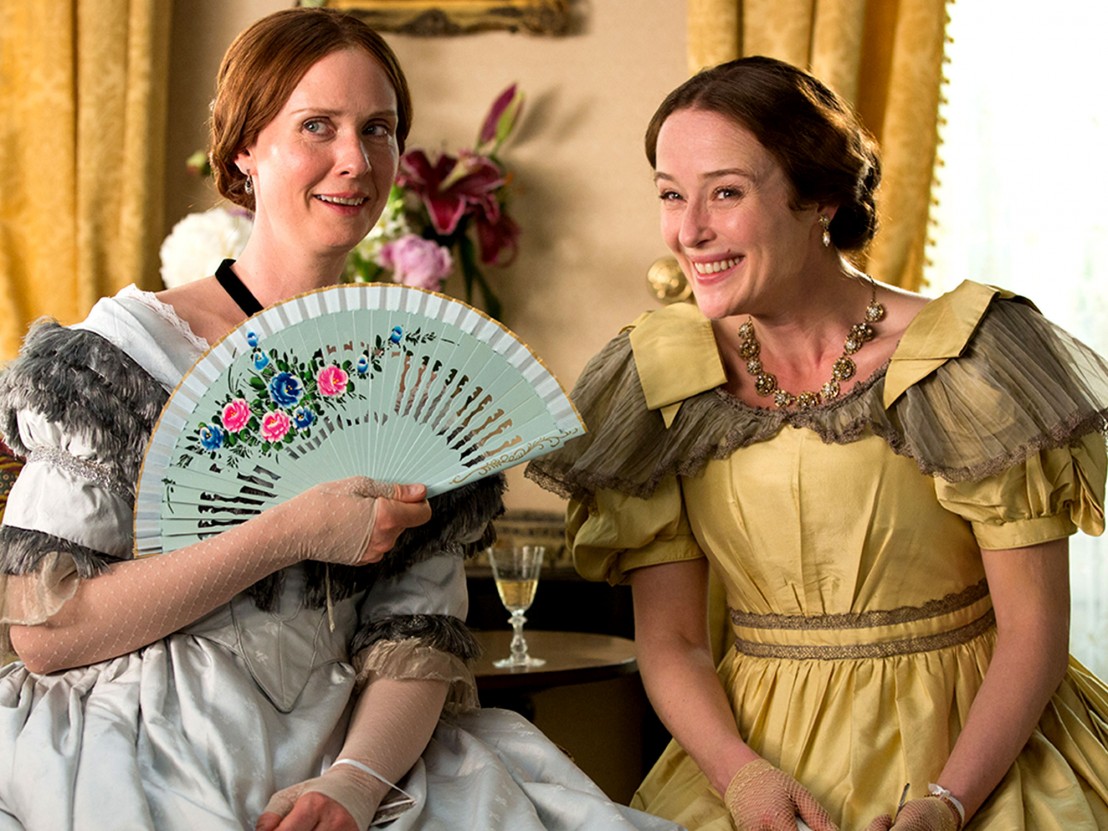 Terence Davies makes beautiful films about tortured souls, and there is no one more tragic in the writer/director’s body of work than the great American poet Emily Dickinson. Though today she is generally regarded as one of the finest writers of her generation, Dickinson only achieved wider public recognition posthumously when the first of 40 bound volumes of her work was published in 1890, four years after her death. Like so many troubled artists, her creativity stemmed from a chronic suffering brought on by a combination of self-loathing and a rejection of traditional gender roles.

Throughout this tender if uneven biopic, Davies separates the woman from the myth. We learn that she led a largely sequestered life, shutting herself off from the outside world after falling into a black hole of despair following a string of deaths in the family. Outwardly she was a proto-feminist firebrand who challenged everyday religious and social values freely and exercised her sharp tongue whenever the mood took her. Yet her strong, forthright personality masked a bruised psyche.

Embittered by a lifetime of loneliness, she became a recluse and eventually fell gravely ill, succumbing to Bright’s disease at the age of 55. During her fairly short and unhappy life, Dickinson found solace in words, penning poems by candlelight while the world slept. Secretly she dreamt of emulating the success of her transatlantic contemporaries Jane Austen, Elizabeth Barrett Browning and the Brontë sisters.

We meet a young Dickinson (Emma Bell) on the day she decides to cast off the shackles of her evangelical upbringing, much to the dismay of her strict Puritan teacher and affectionate but conservative father, Edward (Keith Carradine). From here the film charts Emily’s life back on the family estate in Amherst, Massachusetts with her sister Vinnie (Jennifer Ehle) and brother Austin (Duncan Duff), through to her wilderness years as “the woman in white”, her pale, stiff cotton dresses and sombre demeanour lending her an almost ghostly air.

Owing to Davies’ dialogue-heavy script – throughout which Dickinson’s prose reverberates in serene voiceover – passion is the operative word here. The meticulous period production design (principal photography was completed in Belgium on a replica set of the Dickinson Homestead), costume design and sparse but effective score all enhance Davies’ compelling vision. Of course, any biographical film is only as good as its lead actor, and in that respect Cynthia Nixon deserves huge credit for her committed, spirited central turn. This is a role that demands both grace and strength, innocence and darkness, and Nixon’s performance, especially in several distressing scenes where her character suffers violent convulsions, is exceptional.

Watching Dickinson’s mental and physical deterioration unfold, it is easy to find sympathy for her. And yet in some ways A Quiet Passion is a difficult film to love. Part of the reason is that Dickinson’s genius was rarely as forthcoming as her wit. Later in life she became not only antisocial but increasingly dismissive of people outside of her private (and relatively privileged) New England bubble. Accordingly Davies often portrays her as belligerent and spiteful, which if nothing else enhances the authenticity of what is a deeply sincere and at times brutally honest film.