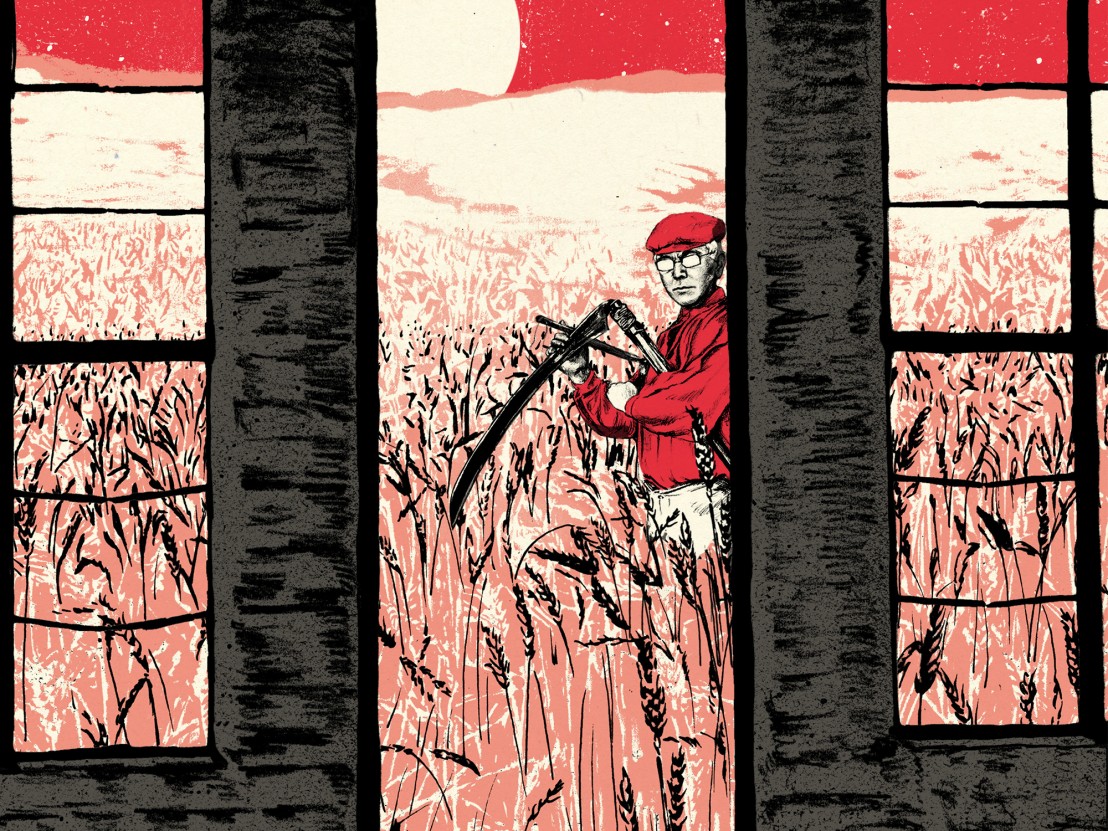 After a stop-start career, Terence Davies is suddenly speeding. When LWLies met the director to talk about Sunset Song, he revealed that his next film, A Quiet Passion, about the life of reclusive poet Emily Dickinson, is in the can and his subsequent project, adapted from the book ‘Mother of Sorrows’ by Richard McCann, is whirring away.

LWLies: Where did you get all the marvellous rain in Sunset Song?

Davies: We were based in Ballater, a town in the eastern part of the Cairngorms National park, due West of Aberdeen. It rains all the time but you can’t photograph ordinary rain. You have to supplement it. You’re sitting in this tent – all this bloody rain, all this mud and you just think, ‘This is not glamorous. I’m sorry. It’s not glamorous.’ You finish a very tender scene in the barn and a horse farts and it’s an opinion, you can tell. It was miserable physically. When we got to New Zealand, because we had to go somewhere where there was sunshine, they had the worst storms for 50 years. I thought, ‘Oh terrific. We’ve come to the other side of the world. We could have stayed home and got this for free.’ Luckily the weather broke and we had three and a half days of wonderful sunshine but there were times when you just thought, ‘Oh god, why on earth are we doing it?’

How long was the shoot?

I think it was six weeks. We had very little money and it proved a lot of difficulty. We all took a gamble. Without that crew and that cast we couldn’t have got a film. I miss everyone. I just miss everyone! When they do wonderful things that you haven’t thought of, that’s just bliss.

Are you thinking about anything in particular?

When Chris gets her bad news, I had just written, “It’s a lie,” and the rest of her dialogue. She just kept on repeating it. You don’t stop that because that’s fantastic! I wouldn’t have thought to keep on repeating it. The actors do a great deal of work on their own and when it’s right you just have to let it go. And it’s riveting. Agyness Deyn gives a quite remarkable performance. So does Kevin Guthrie. When he says, “You’re always snivelling!” it just erupts from nowhere. Peter Mullan brought a great deal of warmth to his character which I didn’t see. He’s got a very melodic voice so at first it’s lovely and warm, it’s tender and you think, ‘Oh, what a nice dad.’ But you get on the wrong side of him and he’s a brute.

What did you leave out of Lewis Grassic Gibbon’s source novel?

There was the business of the girl that Will goes to see but that led us down a narrative route that was distracting. If she’s just left as someone he goes to see [off-screen] and then he leaves, that’s the way a lot of things happen in real life. They happen out of the blue. There’s no preparation for them. The problem with some stories is they explain why this has happened. Life isn’t like that. I remember one of my brothers, now dead, coming and saying, ‘I’ve joined the army for 22 guinea.’ I just remember feeling so devastated. It just destroyed something inside me. That came out of the blue.

So we’re unprepared for life when it happens?

There’s this idiot idea – it’s an American idea – that we control our life. Of course we don’t! We’re at the vagaries of everything out there. You may be able to control how clean your body is and how clean the flat is but that’s about where it ends. We are at the mercy of life and life is arbitrary. It’s completely arbitrary. Why do some people suddenly get some awful disease and die at 54? Why? There’s nothing we can do about it and it’s really foolish to think that we control our lives because we don’t.

One way you can control your life is to lock yourself away from it.

Even then, it doesn’t work. Life has a way of unlocking the door and getting in. It happened with Emily Dickinson. She locked herself away from the world but you can’t lock life out. You just can’t. You cannot do it. My mother had the right attitude. She was stoic – not in the old Greek sense but, ‘These are the cards I’ve been given, I’ll make the best of them.’ If you’ve got that attitude, I think you’re alright. That’s some kind of safety net. Once you start thinking you can control things, well, that’s the way to madness.

Peter Mullan’s character tries to control his family and it turns him into a monster.

You can’t control people by fear, or you can only do it for a certain length of time. My father was very violent and he died in agony, I’m glad to say, because he made our lives misery.

What’s the legacy of that?

The legacy of that is that I’ve got a huge amount of anger inside me. I very rarely lose my temper because I’m ferocious when I do. I don’t like to lose it but when I do… there’s an old Chinese saying, ‘Beware the wrath of the patient man.’ I’m not afraid of anybody. I was bullied for four years when I was at secondary school. You have all your esteem beaten out of you. If I think anybody’s trying to bully me now, I really do go off at the deep end because I won’t be bullied any more. I just won’t. That’s part of me. Also in me is the need to please and sometimes I think, ‘Oh for goodness sake, stop doing it. People will make their own mind up. They don’t need you to cosy them along.’

Are there any more films drawn from your own experience inside you? 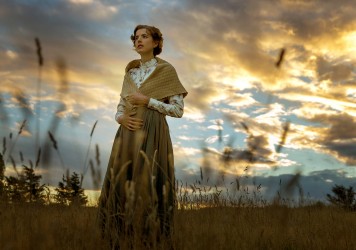