A car showroom model, a grieving father, and a woman with a mysterious past cross paths in Julia Ducournau’s latest. 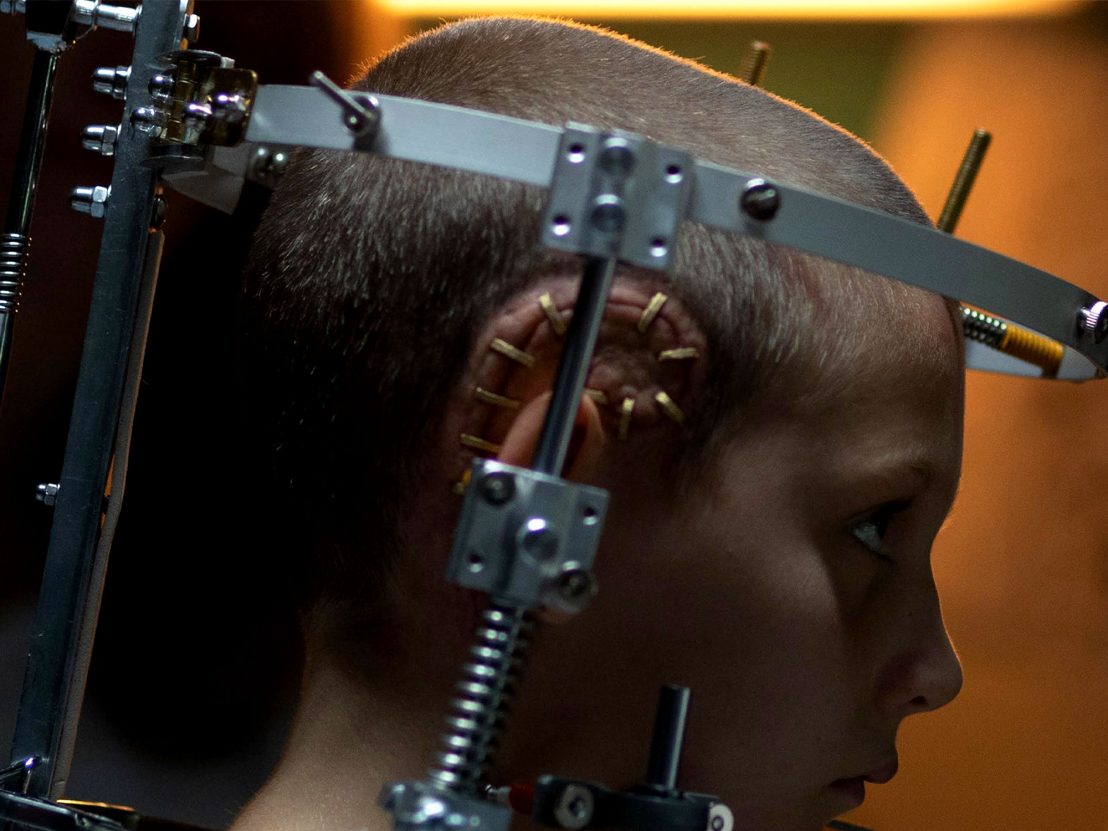 While a fortunate few gear up for the slightly delayed Cannes Film Festival this July, those of us without tickets to the Croisette can allay our festival FOMO with the steady drip of new trailers and promotional material that accompanies the bevy of world premieres. Just this morning, the general public got the opportunity for a good gander at one of the Competition titles most shrouded in secrecy, and most eagerly awaited.

Julia Ducournau’s follow-up to 2016’s Raw has been a long time coming, with production put on a temporary hiatus back in 2020 due to the COVID-19 pandemic, but the film titled Titane is locked in and ready for a bow at the resurgent Cannes. The first trailer for the film arrived online early this morning, showing a whole lot – of skin, of fire, of action – while revealing precious little.

Left ambiguous by a trailer completely free of dialogue (though that could be the classic marketing tactic of obscuring the fact that a film’s not in the English language for as long as possible), the plot concerns a child with a reconstructed spine, a father (the great Vincent Lindon) in search of his lost son, and a foxy car showroom sales-model. A broad-strokes synopsis previously announced made mention of a string of murders occurring during the film; maybe that’s what all the jags of context-free violence are about.

In oranges, purples, and sickly greens, images of unclear significance flip by – a rowdy soirée in an abandoned garage, a man wrestling on a mat with a seemingly invisible assaulter, a vicious partially-clothed catfight tumbling down a staircase. To the strains of The Zombies’ timeless ‘She’s Not There’, surely an ironic comment on one of the female main characters, an element of the surreal creeps in.

This trailer arrives hot on the heels of news that Altitude and Film4 have acquired distribution rights for Ducournau’s latest, promising a release in the UK and Ireland sooner or later to match the US run backed by NEON. For now, however, we non-festival-goers await the first wave of reviews, and maybe some clarification as to what this confounding film is actually about.