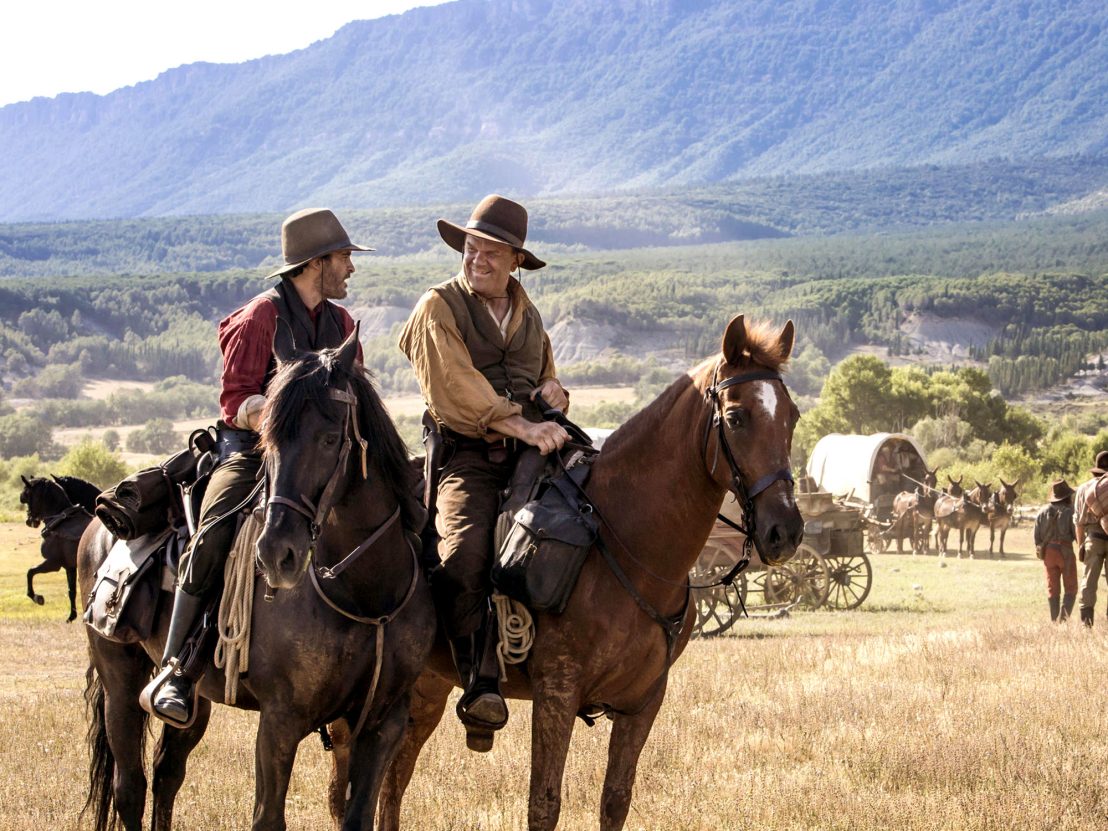 The first generation of moviemakers grew up as the last generation of actual cowboys were dying out. That the western and American cinema came forth at roughly the same time was no accident: many of the hucksters and quick-start entrepreneurs of the West settled in California, looking for the next get-rich-quick scheme and finding it in motion pictures. Thus westerns became an inextricable part of Hollywood storytelling, dominating the box office through most of the first half of the 20th century.

Hard as it would have seemed for the likes of John Ford and Anthony Mann to imagine, the American western no longer holds an uncontested grip on mainstream audiences. Today the genre is mostly seen as a dusty artefact, superseded by superhero blockbusters or else retooled into awards-worthy fare like Hell or High Water that bears little resemblance to the original format.

A modern western is more likely to be a critical darling than a box office success. In 2014, Tommy Lee Jones’ The Homesman premiered in competition at the Cannes Film Festival but made paltry returns upon its theatrical release. The following year saw a crop of indie westerns, including Slow West and Bone Tomahawk; well-liked films that didn’t manage to travel much beyond the arthouse circuit.

This year sees two fascinating westerns from respected arthouse directors, neither with a significant presence at the box office. The Sisters Brothers, the first English-language feature from Palme d’Or-winning French filmmaker Jacques Audiard, brings an outsider’s perspective to the outlaw era. Despite critical favour and a cast list studded with brand actors like Joaquin Phoenix and John C Reilly, the film performed abysmally at the US box office, earning a mere $9 million against a $38 million budget.

The Coen brothers, whose 2010 film True Grit is one of the most financially successful westerns of the past decade, removed risk from the equation by turning to Netflix for investment in The Ballad of Buster Scruggs. The six-part anthology western is a blatant rejection of audience expectation, far more so than Audiard’s film. With its many sudden deaths, pitch-black humour and obscure references, Buster Scruggs might not seem like much of a departure from the Coens, but it’s notable that their previous film, 2016’s Hail, Caesar!, was among their least commercially successful offerings. 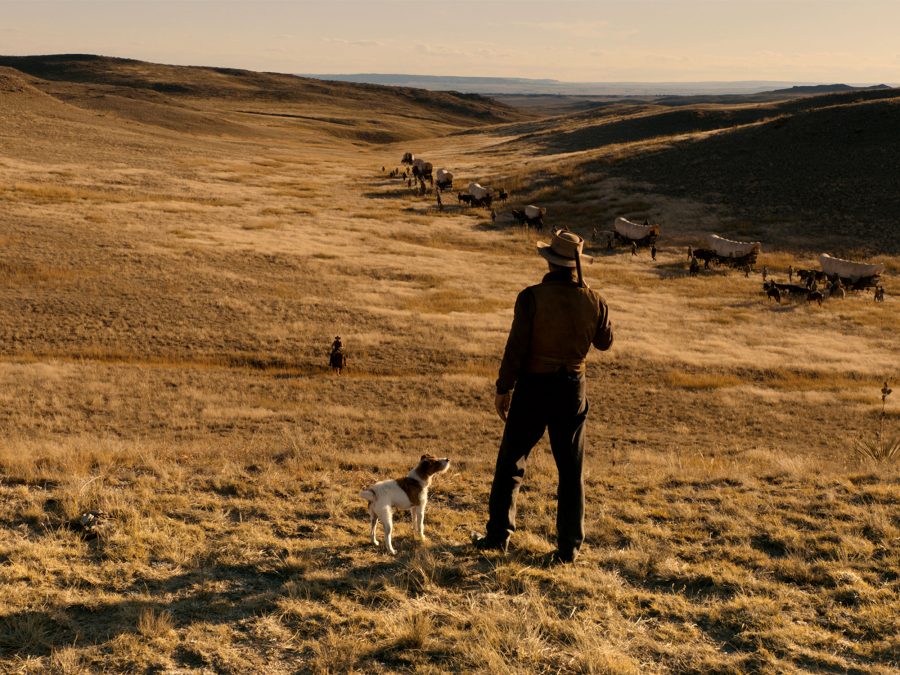 A streaming release for Buster Scruggs seemed to make sense, and while the film received a very limited theatrical release in order to be eligible awards season, it has become the latest in a line of Netflix-backed movies (see also: David Mackenzie’s Outlaw King, Jeremy Saulnier’s Hold the Dark) protected from potentially poor commercial reception. (Netflix, famously, does not release viewership numbers for its releases.)

Westerns hold a contentious place in American national history and cinema. It was the dominant genre of our parents’ and grandparents’ generations, with more released during the 1950s than every other Hollywood genre combined. They’re a repository for some central American myths: freedom, independence from big government, masculine heroism.

The truth is far more brutal, but the western offers a template for artists to explore the nature of manifest destiny, what it means to be a rugged individualist, the notion of ‘who belongs’ and much more. In an increasingly myopic country doubling down on racist and xenophobic truisms while clinging to simplistic, seductive myths about good versus evil, it doesn’t seem hugely surprising that the western should be of continued interest to American storytellers.

The Coens express both affection and derision for the clichés of the western mythos. In the opening segment of Buster Scruggs, the titular character (Tim Blake Nelson) is an absurdly chipper singing cowboy in the style of Gene Autry, complete with pristine white hat and freshly-laundered clothes. Not long after his introduction, he enters a bar full of dirty-faced, sweaty men with shifty eyes ripped right from a totally different form of Hollywood western: the hyperviolent ’60s and ’70s shoot-’em-ups of Sam Peckinpah, Clint Eastwood and Sergio Leone.

After the situation devolves into the inevitable shootout, and a different singing cowboy comes to town, the implications are clear. There’s always someone thing newer and shinier to come along and knock you off your perch (or mortal coil). Seems like a fitting analogy for the whole western genre.

Based on Canadian author Patrick DeWitt’s novel of the same name, The Sisters Brothers follows bounty hunter siblings Eli and Charlie Sisters, played by John C Reilly and Joaquin Phoenix respectively. They’re on the hunt for a soft-spoken chemist (Riz Ahmed) in possession of some new technology purported to make the search for gold easier, and plan to torture him for information before killing him.

The result is a slippery, darkly comic adventure that leans into the sheer unpleasantness of life on the Western frontier: fly-blown wounds, a lack of general hygiene, dangerous wilderness and amazement at the sight of a flushing toilet; the proliferation of bumbling, stupid white men with no respect for the earth or their fellow man. Life is cheap in Audiard’s film. The spirit of these dastardly siblings is best described by a line in Peckinpah’s The Wild Bunch: “If they move… kill ’em.” 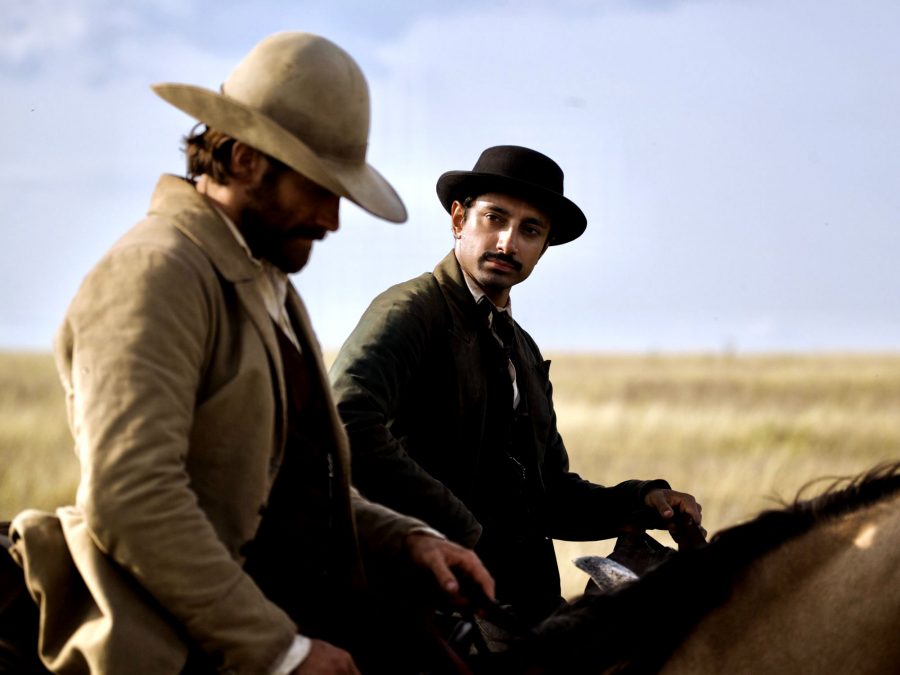 In these movies, women, animals, disabled people and even the environment suffer. The cruellest of the six stories told in Buster Scruggs features a quadriplegic at the mercy of a travelling showman who forces him to entertain audiences for money. And in The Sisters Brothers, men in a gold rush frenzy pour corrosive acid into clear streams, poisoning the natural beauty of their surroundings. If any audience members still feel romance or nostalgia for the good ol’ days of John Wayne, these westerns will sap those treacly feelings from their system.

Buster Scruggs and The Sisters Brothers, as pessimistic texts that consistently upbraid their characters and the tropes of the traditional western, share an impulse to play with convention. In supposedly climactic shootouts, our heroes turn up to discover their enemies already dead; outlaws escape the hangman’s noose only to wind up right back where they started; hardship is experienced and independence hard-won only to be caught by a stray Indian arrow or struck down by diphtheria. Here the Old West is depicted as a pointlessly cruel place, occasionally giving themselves over to near-nihilism at times.

“In general, I think the genre has a stronger appeal for filmmakers than audiences,” explains Charles Gant, box office analyst and editor of Screen International Magazine. So why do filmmakers keep making them, and why do producers keep trying to get them made? The simple answer is that the western is part of cinema’s DNA, irresistible and evergreen as a tool not only for thrilling storytelling but also for political allegory.

“I was hopeful that the unsightly ambition that accompanied the Gold Rush would be represented,” Dewitt tells LWLies. “I think the film captures these things brilliantly.” Alison Dickey, a producer on the film, elaborates, “It was really interesting to make a film set during the Gold Rush in the American West, where there is intimacy with the characters. While violent, there is a certain delicate handling of that brutality. Patrick’s wonderful writing gave us an in to all the dialogue we never hear in westerns, how these brothers on horseback bicker and ruminate as they work through their complicated past while quietly making plans for their uncertain future.”

A film that does its best to flip the switch on these topics is 2017’s Woman Walks Ahead, directed by Susanna White. It stars Jessica Chastain as Catherine Wheldon, a real-life New York artist who travelled west unaccompanied to paint a portrait of Lakota chief Sitting Bull and ended up a staunch advocate for Native American rights in a time where women barely had any of their own. “I grew up loving westerns for the mythology and landscape, but feeling a sense of disconnect with the violent male culture,” says White. “Here was a chance to make a western where a woman had a central role, rather than being marginalised to a prostitute or a madam or a passive homesteader needing to be saved.” 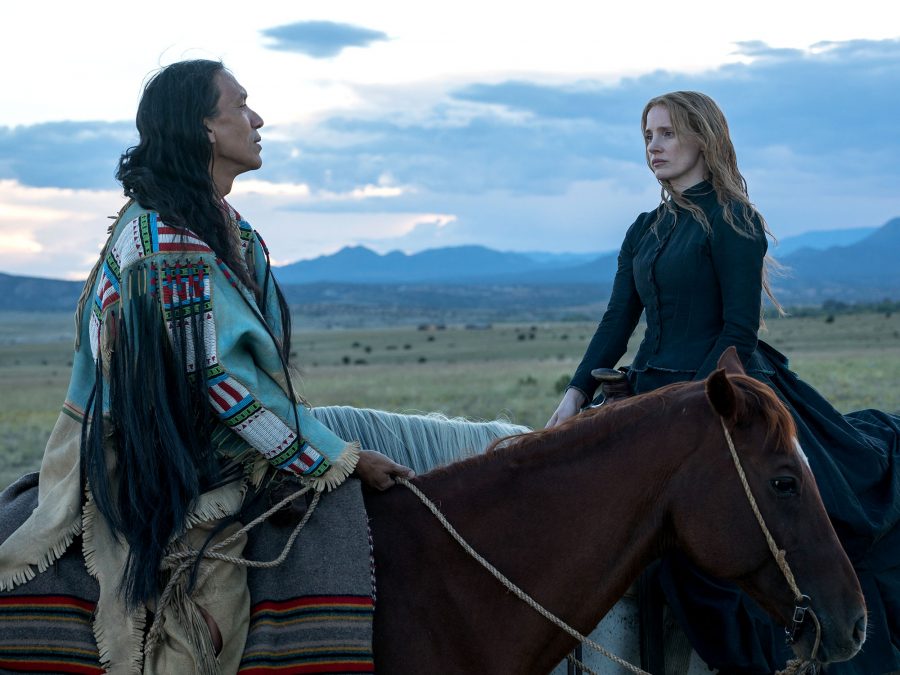 If these pessimistic and political contemporary westerns are more fun to make, it doesn’t seem to be helping their chances at the box office. Quentin Tarantino’s The Hateful Eight did phenomenally well, though arguably more on the basis of its director’s fame than its setting. Maybe seeing the grim and destructive origin stories of our most cherished national myth makes people uncomfortable, leading them to pine for the so-called golden years. Not for nothing did Donald Trump proudly announce the endorsement of John Wayne’s daughter, which was lightly contested by the family.

In the final segment of The Ballad of Buster Scruggs, two bounty hunters explain their profession to a mixed bag of travellers in a stagecoach. One of them (played by Brendan Gleeson) does the killing, while the other (Jonjo O’Neill) does the distracting, often through telling their bounty an entertaining story. “You know the story,” he says. “But people can’t get enough of them, like little children. They connect the stories to themselves, I suppose, and we all like hearing about ourselves. So long as the people in the stories are us, but not us. Not us in the end, especially.”

The Coens nail it with their neatly self-aware dialogue. Enough happened in the west – the good, the bad, and the ugly – to map out any compelling narrative of human strength and weakness. That’s why something like Red Dead Redemption 2 has proven so enormously popular – its interactive quality in such an expansive setting offers wish fulfilment in a way cinema cannot, allowing the user complete freedom to shoot and rob without the guilty filmmaker’s perspective.

Cynicism is a hard sell at the box office; the fantasy is what keeps people coming back. After more than a century of relevance, the movie western is still making all the right moves, but the people coming to see them seem increasingly less impressed by what they have to say.