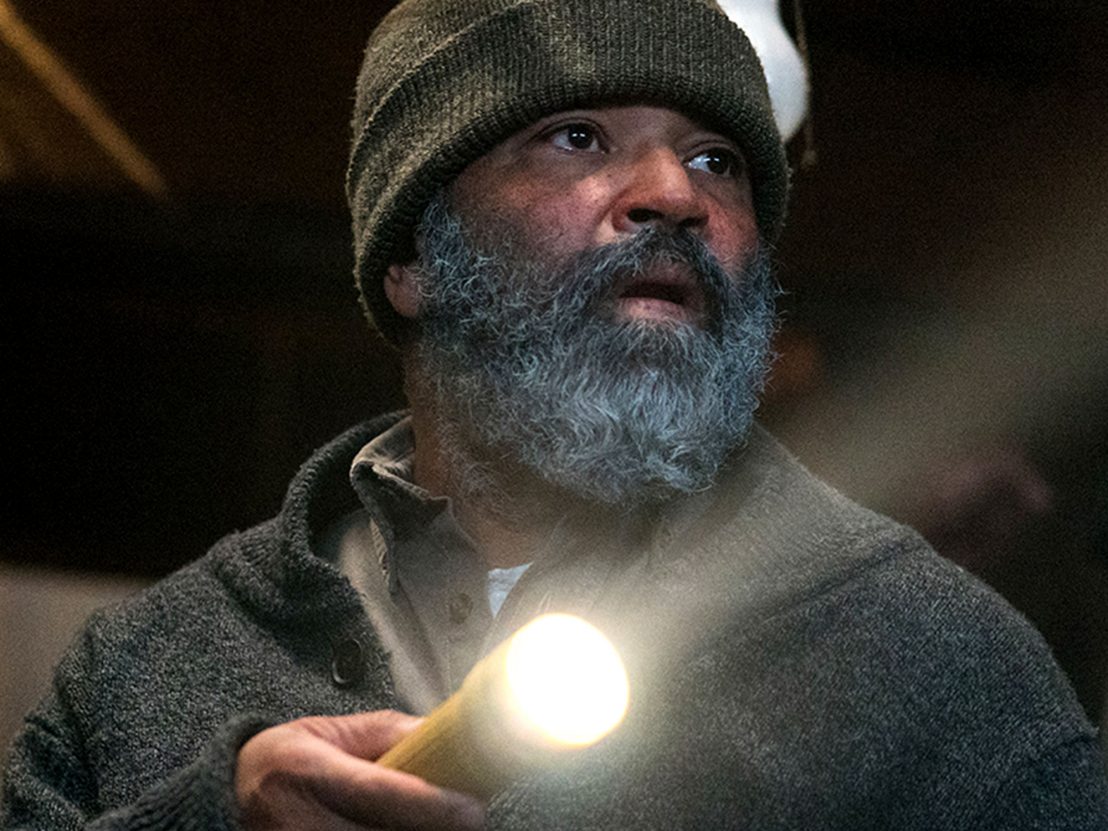 Jeremy Saulnier makes films about the darker side of human nature. His previous features, Blue Ruin and Green Room, deal with a vagrant’s quest for revenge and a band caught up with a group of murderous Neo-Nazis respectively, so it stands to reason that his third feature should cover equally shocking ground: wolves with a taste for human flesh.

Hold the Dark is not really about the wolves, though. As the title suggests, it’s about the dark. Set in a distant and desperate part of Alaska, the film opens with Medora Sloane (Riley Keough) penning a letter to wolf expert Russell Core (Jeffrey Wright) pleading him to visit her and kill the wolves that have taken her young son, Bailey, before her husband Vernon (Alexander Skarsgård) returns from Iraq. It quickly becomes clear to Core that things are not all they seem for the Sloane family, and he becomes hopelessly embroiled in their affairs as the physical and metaphorical darkness closes in.

Written by regular Saulnier collaborator Macon Blair, Hold the Dark feels very different from the work which brought the director to the attention of genre fans. Although boasting the highest body count of any of his films so far, the violence here feels more engrained in the setting and characters – it’s a way of life in the desolate corner of the world where the story takes place.

It’s also the only language that Vernon Sloane seems to understand. Skarsgård gives a menacing performance, relying on hard stares and body language (his character isn’t much of a talker). Meanwhile, Wright is perfectly cast as a man thrust into something beyond his understanding, but determined to not give up or merely walk away. He’s drawn to the darkness and consumed by his fascination with it.

Those looking for the jaw-dropping ultraviolence may be left disappointed, as Hold the Dark is more an exploration of the human condition than a straight-up horror film. Yet when it does come, the violence is as heart-poundingly grisly as we’ve come to expect from Saulnier. He certainly knows how to shoot action, and how to show it in a way that feels realistic and devastating. This is a moody, twisted drama from the fringes of American society, once more examining the more depraved extent of human cruelty with haunting results. 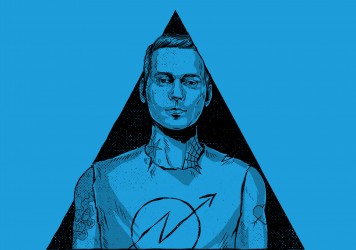