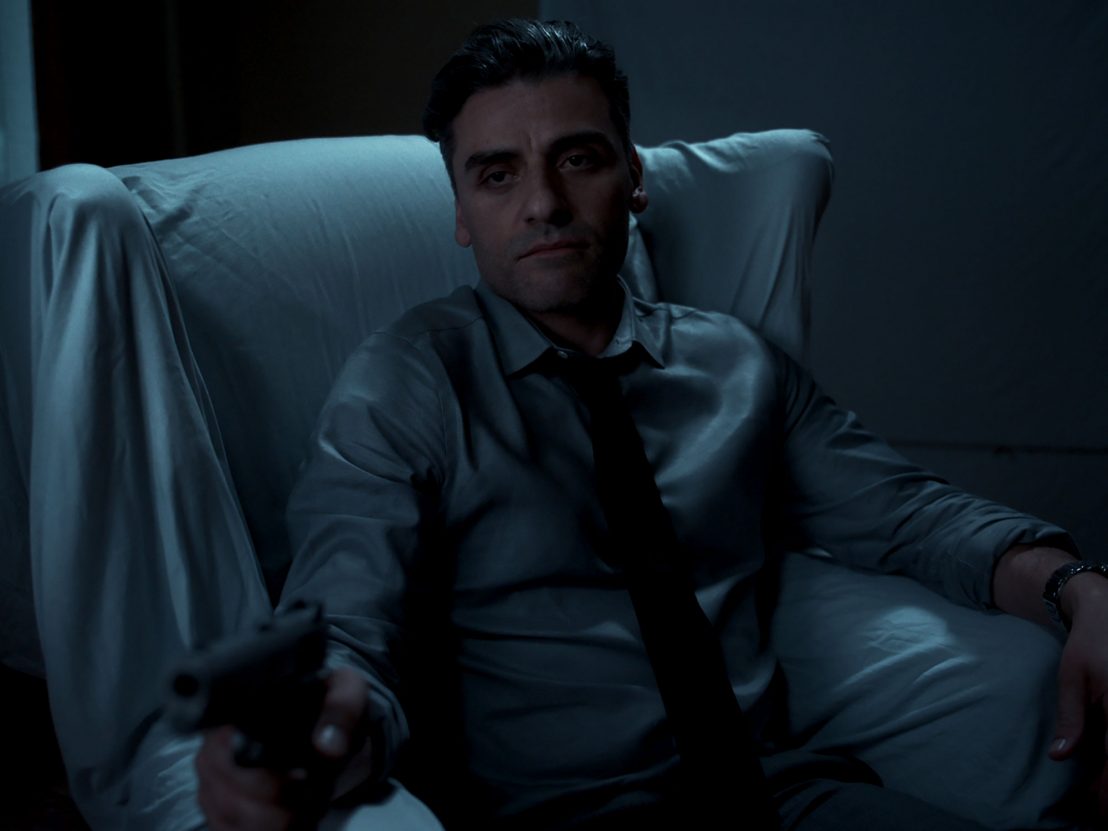 With his faith-based extremism drama First Reformed, Paul Schrader gave us one of the critical corps’ consensus picks for the best film of the 2010s, a modern parable of planetary destruction and doomed efforts at salvation. No easy act to follow up, but the newly released trailer for his follow-up The Card Counter suggests he’s more than up to the task.

The first substantive look at the film appeared online this morning in advance of its recently announced premiere at the Venice Film Festival, and it announces itself as a Schrader project right off the bat with a shot of a serious, desperate man unpacking the contents of a suitcase on a hotel bed. (Shades of both First Reformed and its key influence, the Schrader-written Taxi Driver.)

That man is the surely-symbolically-named William Tell (Oscar Isaac), an expert gambler with a haunted past that seems to involve human rights violations during the War on Terror under the supervision of his sadistic commanding officer Major John Gordo (Willem Dafoe). In the present day, William’s hustle alongside his money-woman/romantic opposite La Linda (Tiffany Haddish, going against type) is threatened by an opportunity to take revenge on Gordo with the help of a younger man (Tye Sheridan) also sworn on getting even with the sinister figure.

As a film by Paul Schrader, there are a few things we can securely bank on: that the sacred and profane will be boldly intermingled, that our protagonist’s sense of desperation will eventually consume him, and that the dark work of the American superpower will be laid bare before us. That still leaves plenty of room for enigmatic questions, such as why Isaac’s character feels compelled to wrap all the furniture in his immediate vicinity in sheets like he’s getting prepped for a moving crew.

After spending much of his career lurking around the grungier fringes of Hollywood, it’s been interesting to see the mainstream attempt to somewhat embrace Schrader’s work, First Reformed having netted him his first Oscar nomination and The Card Counter now poised as Focus Features’ big awards push. Oscar Isaac being a major-league star with the sort of name that guarantees a built-in audience, the new film could broaden its director’s popularity even wider, so long as the American public is ready for the unfiltered candor of his Facebook posts.

The Card Counter will come to cinemas in the US on 10 September, and then the UK on 5 November.