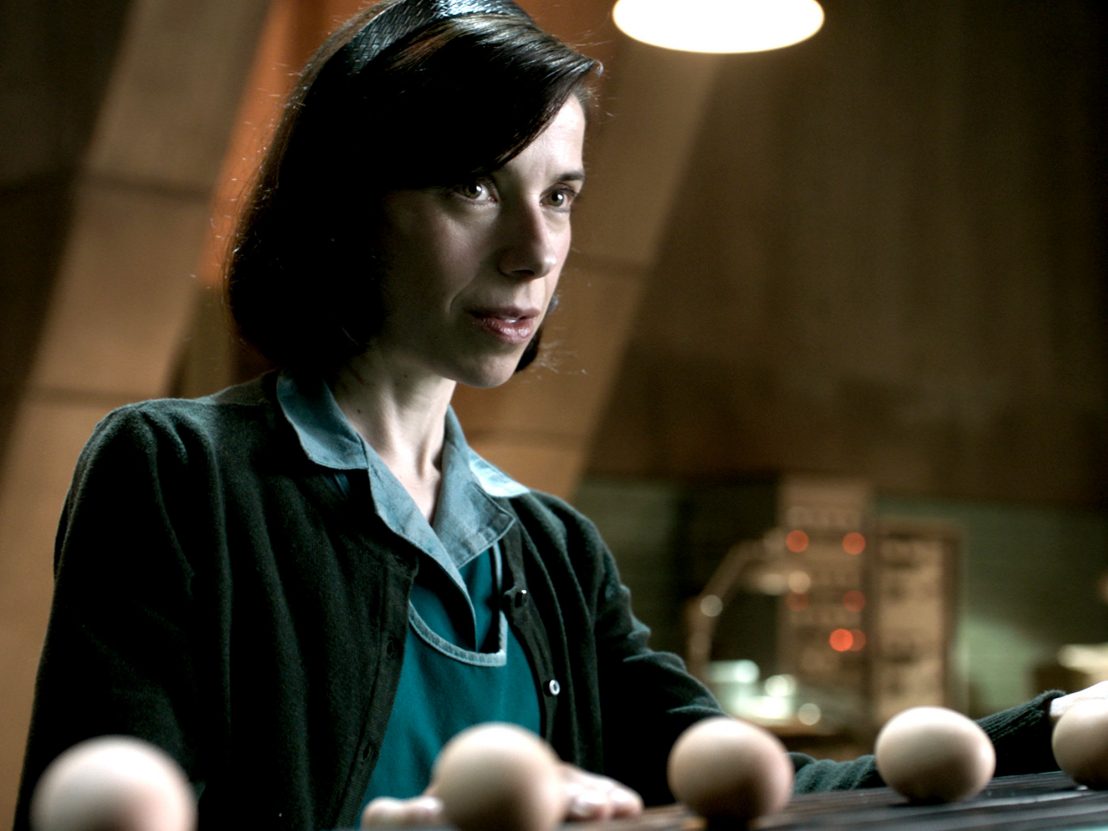 A bet to eat 50 hard-boiled, rising before the sun to down five raw and a carton that begins to self-cook when a demigod has taken up residence in the refrigerator. All iconic movie scenes featuring that most versatile of ingredients, the humble egg. No, this isn’t an early Easter-themed post celebrating the most egg-cellent moments on screen, but a look at how more than half of this year’s Best Picture Oscar nominees utilise eggs to further the story, define character motivation or expand relationship dynamics.

Food on film can be sensual, and eggs are often a symbol of new life. The eggs used in these movies range from a brief moment that encapsulate everything you need to know about a character to playing a larger role in the plot.

A complex mother-daughter relationship is at the heart of Lady Bird. The mercurial nature is apparent from the off when a conversation quickly escalates from a simple disagreement to jumping out of a moving vehicle. Underscoring this combative behaviour over breakfast in another early scene, as Marion (Laurie Metcalf) insists on making her daughter’s scrambled eggs because Lady Bird (Saoirse Ronan) takes too long. Plus, Marion will be the one to clean up the inevitable big mess.

Flipping between passive-aggressive comments and all out yelling is part of their bad communication style. Lady Bird’s complaint about her undercooked breakfast leads to a shouting match; Marion’s “Fine make your own fucking eggs!” is met with Lady Bird pointing out she wanted to “but you won’t let me.” This is about more than just breakfast; these eggs are shorthand no matter how well they are cooked. 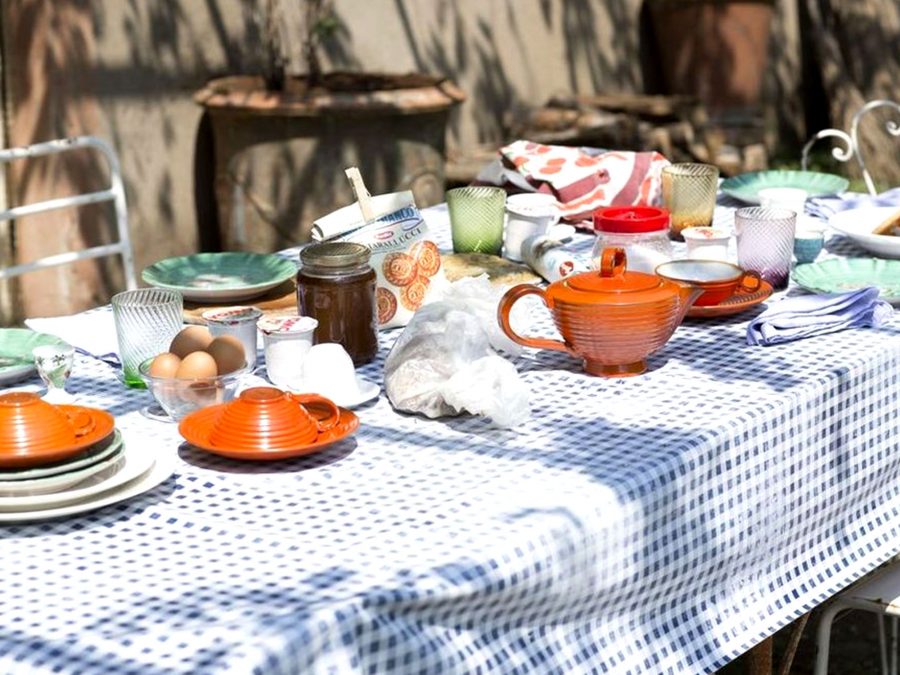 A peach is the food star of Call Me by Your Name, but a soft-boiled egg tells us everything we need to know about Oliver (Armie Hammer). Elio (Timothée Chalamet) has no trouble cutting the top off his, Oliver bashes his in. Oliver is a bounding Golden Retriever in human form. He’s overeager and handsome; his egg ineptitude is charming in its clumsiness.

Elio knows books, music and how to eat his egg properly, but as he later points out, “If you only knew how little I know about the things that matter.” Oliver knows his own limits which is intimidating for Elio. When Oliver is offered a third egg after rapturously eating his second attempt, he politely turns it down saying, “I know myself. If I have a second, I’m gonna have a third, and then a fourth.” Oliver can dismiss his desire for more eggs, but the all consuming lust that takes hold in Call Me by Your Name is not so easy to ignore. Oliver knows himself and yet he can’t deny the pull he feels toward Elio, no matter how much he backs away or pretends it isn’t happening.

Sex and sustenance go hand-in-hand in The Shape of Water. Elisa’s (Sally Hawkins) daily pre-work routine is egg-timer set multitasking; boiling eggs as she masturbates in the bath. If Corn Flakes were invented as a cure for masturbation – as Giles (Richard Jenkins) points out – then eggs are the ultimate aphrodisiac in this world. A lot of people meet their future significant other in the workplace, the meet cute in The Shape of Water is an unconventional version of this narrative trope. Food breaks the ice (or rather water) that turns into music, dancing and more. Slowly peeling the shell is a chaste form of foreplay. It is lucky the Amphibian Man (Doug Jones) needs a protein heavy diet. 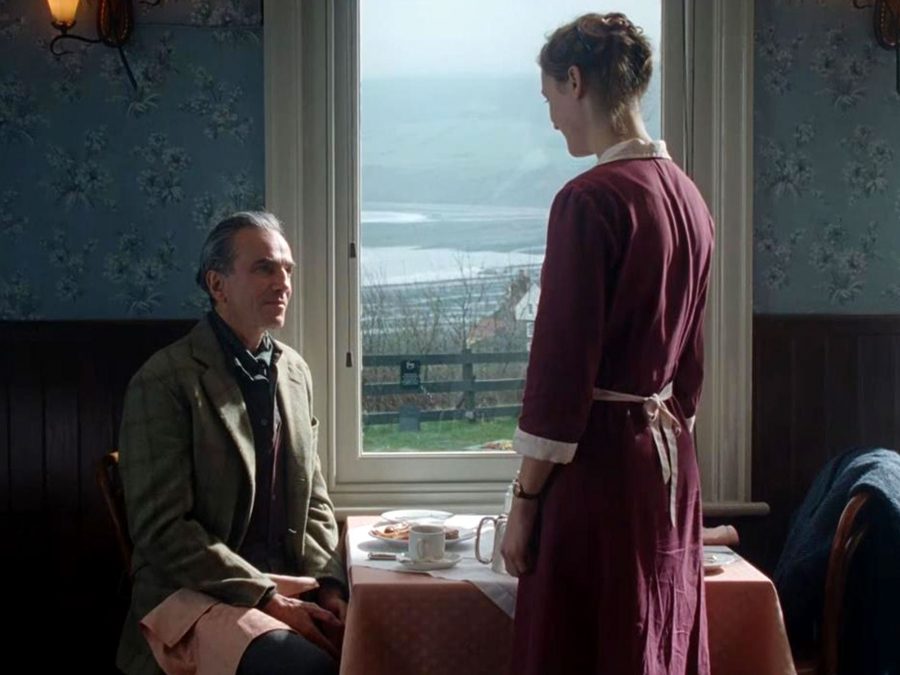 Food in Phantom Thread is wielded by Reynolds Woodcock (Daniel Day-Lewis) as a tool to assert dominance; go easy on the butter, a poached egg that isn’t too runny and meals free from distraction and confrontation. The breakfast table provides the setting for most of these disagreements, whether complaining about the stodginess of pastries or the volume of buttering toast. When Reynolds first meets Alma (Vicky Krieps) she is a waitress, she writes down his long breakfast order, but he wants her to dictate it to the chef from memory.

Hunger and desire are intrinsically linked in Phantom Thread. Power dynamics shift when Alma uses poisonous mushrooms to redesign the Reynolds relationship pattern, switching the submissive/dominant positions. First a pot of tea, then an omelette as the perfect vessel for Alma’s plan to ensure Reynolds will always need her. Alma is the one giving life by taking on the caregiver role he secretly craves, but she is also the one putting him in this delicate position.

Unlike the Edwina Currie scandal from the late 1980s, Reynolds Woodcock is not put off eating eggs by his time spent hugging the toilet. Rather he indulges in this ritual. After all, he is a hungry boy. Alma breaks the mould by pushing back against Reynolds and his demands; she refuses to comply with his every whim. By doing so his destructive pattern with women turns into a different game; one that Alma controls.

Not all eggs are vital to the plot or as a way to underscore character motivation. Sometimes an egg is just an egg. In the case of Darkest Hour, the breakfast tray looks pretty standard for the time, especially as this was before egg rations and the soon-to-be loathed powdered egg replacement. But for Winston Churchill (Gary Oldman) it is his morning drink of choice rather than his food that is in focus. For most a tea, coffee or orange juice will suffice, but Winston requires a scotch and soda to go with his fried eggs and bacon. This liquid diet doesn’t instil confidence in Churchill’s leadership hopes.

In the 1950s, Tony Hancock starred in the ‘Go to Work on an Egg’ advertising campaign to highlight the benefits of this once again widely available product. And now the 2018 Best Picture nominees are doing a good job of making most eggs seem appealing and convenient. Whether you’re basking in the Italian sunshine or interacting with a fantastical creature. And without a bet, demigod or training regime in sight. Just make sure you cook your eggs thoroughly to avoid kitchen arguments and avoid poisonous mushrooms. Unless you’re into that sort of thing.